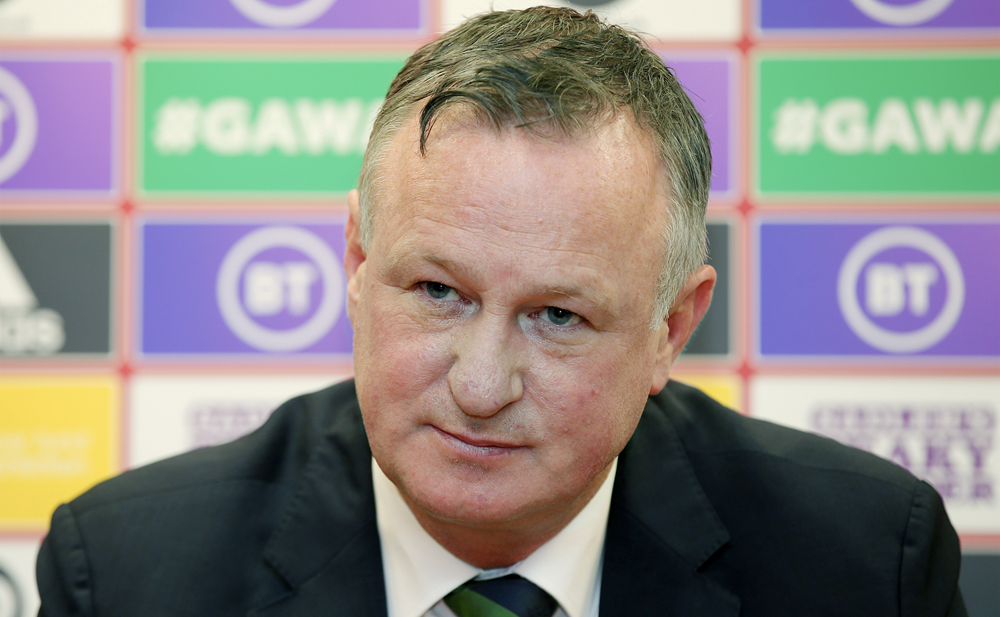 Conor Washington, Jordan Jones and Mark Sykes are back in the Northern Ireland senior men’s team fold for the UEFA Euro 2020 Play-Off semi-final against Bosnia and Herzegovina later this month.

Both Hearts striker Washington and Rangers winger Jones have been missing from recent squads due to injury, while Sykes receives another call-up to the senior squad following some fine performances for Oxford United in League One.

Blackburn Rovers midfielder Corry Evans, who is still recovering from a nasty facial injury, is not included this time, nor is Linfield forward Shayne Lavery.

Leicester City defender Jonny Evans, Leeds United full back Stuart Dallas and Norwich City left back Jamal Lewis, who all missed Northern Ireland’s heavy defeat to Germany in November due to a mixture of illness and injury, are all back in the panel, however.

Michael O’Neill has listed four strikers in his 26-man squad for the Path B play-off semi-final against the Bosnians in Zenica on 26 March.

Joining Washington are Liam Boyce, Kyle Lafferty and Josh Magennis. Both Boyce and Lafferty have joined new clubs, Hearts and Sunderland respectively, since the two Euro 2020 qualifiers in November.

Stoke City’s Jordan Thompson, who was at League One Blackpool when he was included in the squad for November’s double header against the Dutch and the Germans, has been getting plenty of game time since joining the EFL Championship side in the January transfer window and he is among 12 midfielders in the panel.

And Ciaron Brown, who moved to Livingston in the January window on a loan deal from Cardiff City, is one of seven defenders in O’Neill’s group for the game in Zenica.

Belfast-born Matthew Kennedy, who switched to Aberdeen from St Johnstone at the start of the year, and Mark Sykes are the only uncapped players in the Northern Ireland senior men’s panel. 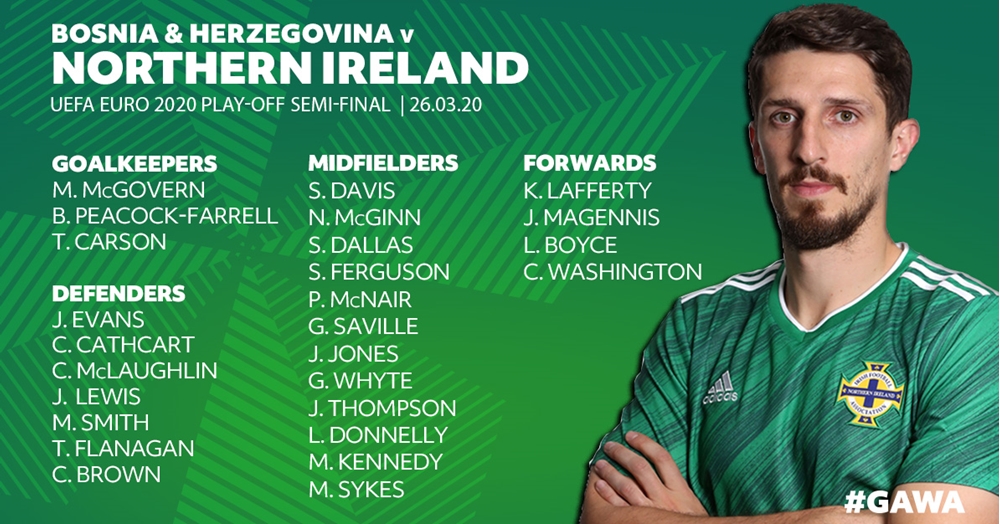