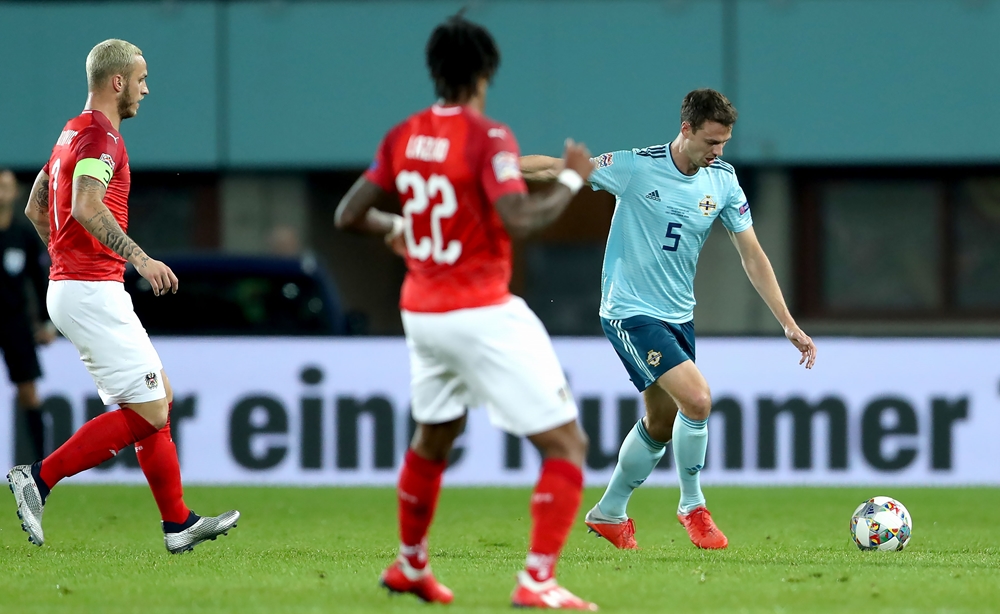 Northern Ireland’s opponents in the second edition of the UEFA Nations League will be revealed later today.

The boys in green and white will once again be competing in League B of the competition in 2020-21 and they will discover their opponents when the draw is made in Amsterdam this evening following a UEFA Congress.

In the inaugural competition last season Northern Ireland were ‘relegated’ to League C after losing home and away to League B Group 3 winners Bosnia and Herzegovina and runners-up Austria.

However, back in the autumn UEFA decided the Nations League should have a new structure comprising of 16 teams in Leagues A, B and C and seven teams in League D in the 2020-21 competition.

Teams were subsequently allocated to leagues based on their overall ranking following the 2018-19 inaugural UEFA Nations League - and that meant Northern Ireland remained in League B in the second edition of the Nations League.

Northern Ireland (ranked 28 in the group of League B teams, who are ranked 17-32) will be in Pot 3 for today’s League B draw.

They will definitely face one team from the four top League B seeds - Russia, Austria, Wales and Czech Republic - and one from second seeds Scotland, Norway, Serbia and Finland.

Northern Ireland cannot face Slovakia, Turkey or Republic of Ireland - as they are all in Pot 3 - however they will come up against one of the fourth seeds: Bulgaria, Israel, Hungary or Romania.

UEFA said the change to the format followed a consultation process which involved all of its 55 national associations and reflected upon their desire to further minimise the number of friendly matches.

The concept of the finals remains untouched, with the four group winners of League A playing each other to determine the UEFA Nations League winners. Portugal won the inaugural decider, defeating Netherlands last summer.