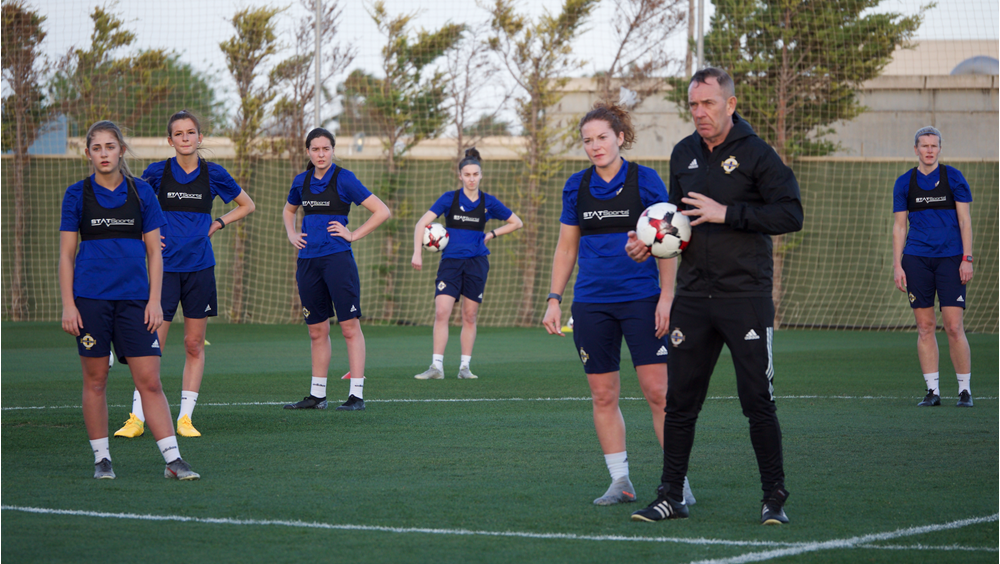 Shiels’ squad landed in Spain yesterday ahead of their tournament opener against Iceland on Wednesday (2pm kick-off, GMT).

Following his side’s first training session Shiels admitted the games will be a real test for his squad.

He said: “It’s brilliant to have the girls back together and we’re looking forward to having some game time because we’re well out of season. We need some match fitness which we should get here.

“It’s going to be tough, but we want it that way. The players will learn a lot about themselves and have some self-awareness and self-reflection as to where they’re going in their football life and that’s what we’re going to see over here, I’m sure.”

Since his full squad last met a number of players have switched clubs with a few making their first moves to full-time time football at clubs in Scotland and England - and that’s something that has pleased the boss.

“Yeah, we’ve worked really hard on that and they’ve got their moves and there’s more where that came from,” Shiels said.

“We’re trying to make sure that we get as many girls – if they’re ready – as possible across the water. There are a lot of managers ringing me from England because they see the potential that we have.

“Certainly, if the girls are able to do it around their education and it's compatible for them, then it’s definitely an obvious move for them.”

Shiels has selected a mix of youth and experience for the tournament in Spain and the inclusion of several young players is something he feels will benefit the team as they prepare for next month’s crucial UEFA Women’s Euro 2021 qualifier away to Belarus.

He pointed out: “We’ve got nine under-19s with us and we’re trying to get them in and around the senior players as part of their development.

“Some of them will stay on for the qualifier in April but as it clashes with U19 matches it’s only fair that we get some of them back to play for that age group where they have three games. One of those is against Germany and that will be a great learning experience for them.”