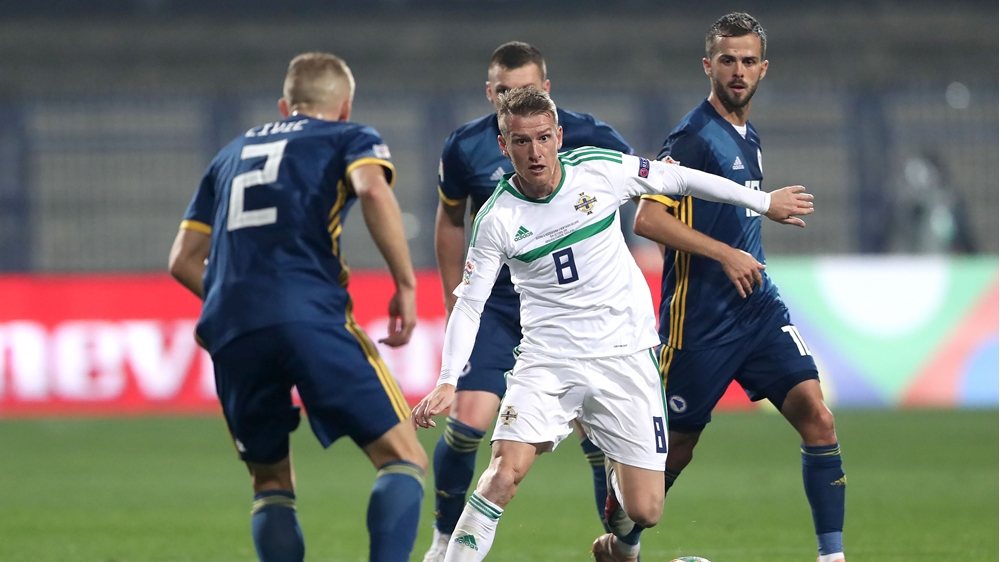 UEFA today confirmed the UEFA Euro 2020 Final Tournament has been postponed until the summer of 2021.

And it was also revealed that next week’s Path B Euro play-off semi-final between Northern Ireland and Bosnia and Herzegovina has been rescheduled, too. It will now be staged during the international window this June instead - subject to a review of the situation.

The postponement of Euro 2020 by UEFA is aimed at allowing European leagues more time to complete their seasons as the coronavirus (Covid-19) pandemic spreads across Europe.

UEFA made the decision after it held conference calls with its 55 member associations, the board of the European Club Association and the European Leagues board earlier today.

Domestic competitions across Europe were set to be completed before Euro 2020, which was due to begin on 12 June across 12 different European cities, however the coronavirus outbreak has played havoc with the fixtures schedule.

It said decisions on dates for other UEFA competitions, whether club or national team for men or women, will be taken and announced in due course.

European football’s governing body further said the release of players will be guaranteed for all rescheduled tournaments and matches.