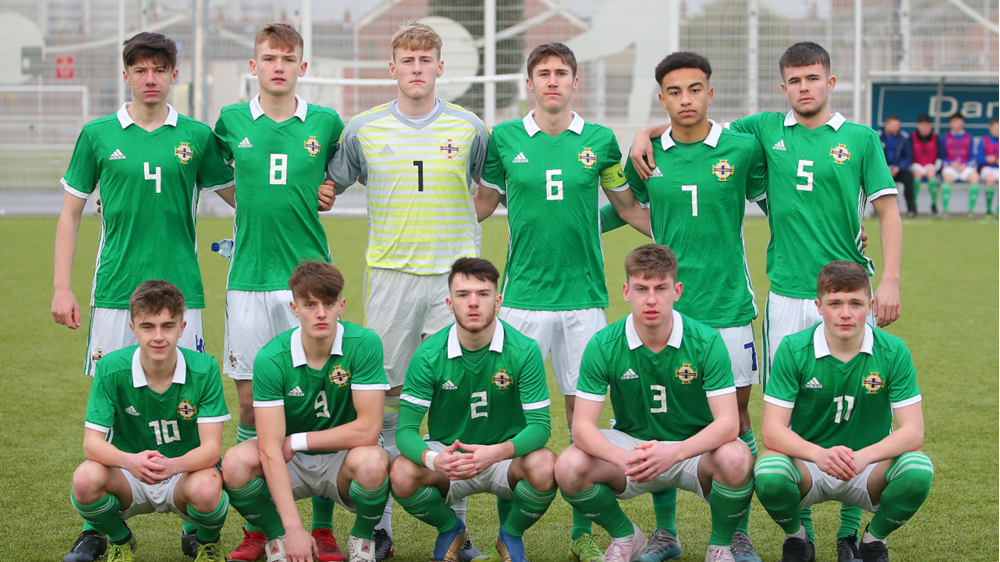 Northern Ireland’s U18 Schoolboys international team face their counterparts from Wales today in their second game in this year’s Centenary Shield campaign.

Frankie Wilson’s side will be looking to build on a hard-earned 1-1 draw against Scotland last week when they take on the Welsh at Midgley Park in Belfast (2pm start).

They will, however, be without the influential Linfield midfielder Trai Hume tomorrow. The NIFL Academy student, who was part of the U18s squad which won the shield last year, is suspended for the game. Also missing out this time is Joshua Archer (Ashfield Boys’ High/Linfield).

Wilson has added a few new faces to his panel for the game against the Welsh, including defender Matthew Smith, who is a pupil at Royal School Armagh and plays for Dundalk, Coleraine midfielder Pierce Quigley (NRC Coleraine) and defender John McGivern (St Malachy’s College/Linfield).

The U18s boss said he was happy with the result of their opening match in this year’s competition.

He pointed out: “The Scotland game, as predicted, was a very close affair. We started well and scored a good goal through Peter McKiernan. We were put under pressure late in the game but the boys defended well and deserved the draw.

“The match against Wales will be another tough game. The players will hopefully have gained valuable experience from the first game and we will look to put on a performance at home and get the win.”

The Schoolboys team, run by the Northern Ireland Schools’ FA with support from the Irish Football Association, are competing against England, Scotland, Wales and Republic of Ireland for the SAFIB (Schools Association Football International Board) Centenary Shield.

After today’s match Wilson’s boys will take on England at Portadown’s Shamrock Park on Friday 27 March (7pm) and their final game of the campaign is against the Republic’s Schoolboys on Wednesday 29 April in Buncrana, Co Donegal (2pm).

Image: The Northern Ireland U18 Schoolboys starting eleven against Australia in January.