Masterclass will help to promote girls’ and women’s football 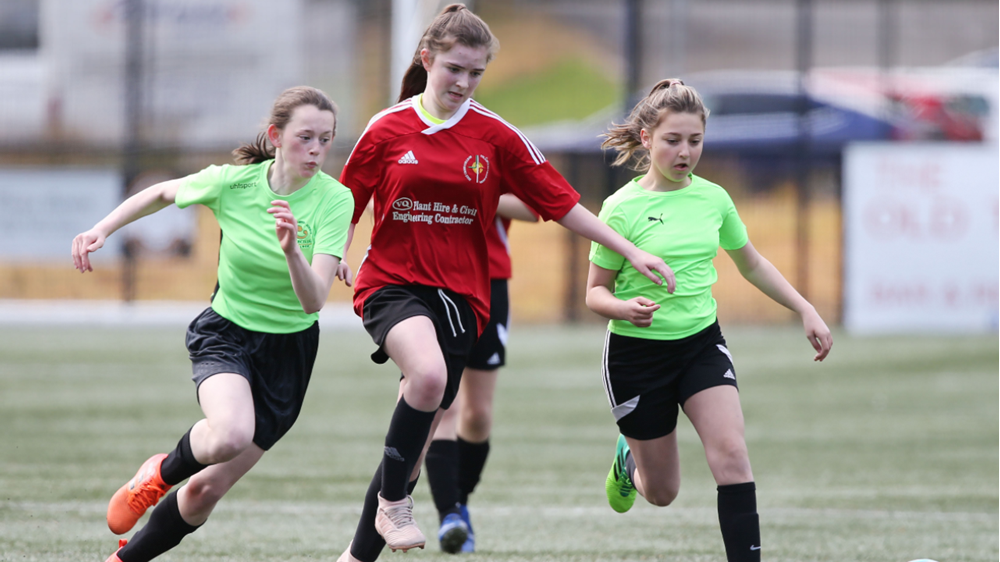 The Irish FA Foundation is staging a masterclass for female coaches to mark International Women’s Day.

More than 30 coaches will be attending the event, which is being staged at Midgley Park in Belfast on Sunday (8 March).

International Women’s Day is a global day celebrating the social, economic, cultural and political achievements of women. And this year’s theme is Each For Equal. The organisers are urging people around the globe to collectively help create a gender equal world.

The Irish FA Foundation is staging the masterclass to promote girls’ and women’s football and to highlight the work of female coach educators and female coaches.

Each Sunday the foundation runs girls-only matches for under-9 and under-11 teams at McDonald’s Small-Sided Games (SSG) centres in Belfast, Newtownabbey and Carryduff, while each Saturday games for girls’ teams are staged at an SSG centre at Lurgan Town Arena.

Coaches from each of the four centres will be attending the masterclass at Midgley Park, which will be led by female coach educators.

Lauren Moore, Girls Participation Officer with the Irish FA Foundation, revealed up to 80 teams now play in the girls-only SSG centres each weekend.

“More and more girls’ teams are taking part in small-sided games, which is great to see. Our key aim is to boost participation levels among girls and women.