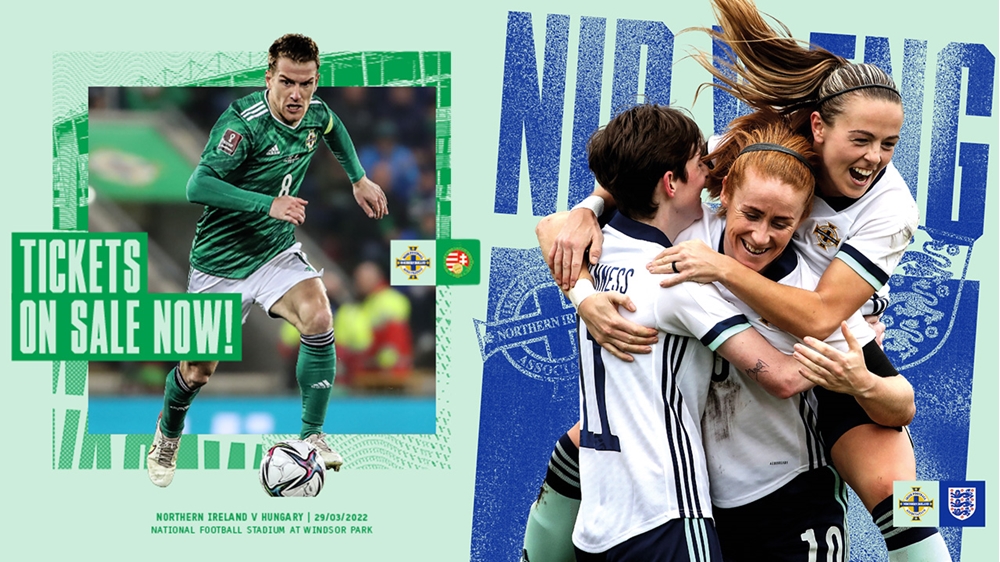 Ian Baraclough’s boys are set to take on the Hungarians at the National Football Stadium at Windsor Park on Tuesday 29 March (kick-off 7.45pm).

The two countries last met during the qualifiers for Euro 2016. Goals from Niall McGinn and Kyle Lafferty secured a key 2-1 win in Budapest in September 2014 before Lafferty popped up with an even more important late equaliser in a 1-1 draw in Belfast a year later which paved the way for his country to qualify for the European Championship finals in France in 2016.

Like Northern Ireland, Hungary will be using the international challenge match in Belfast as preparation for competing in the UEFA Nations League this summer and autumn.

Tickets for the game against Hungary are priced from £22 for adults and £10 for juniors. Group applications are being accepted, however they will be subject to availability. Tickets are available by clicking the image below. 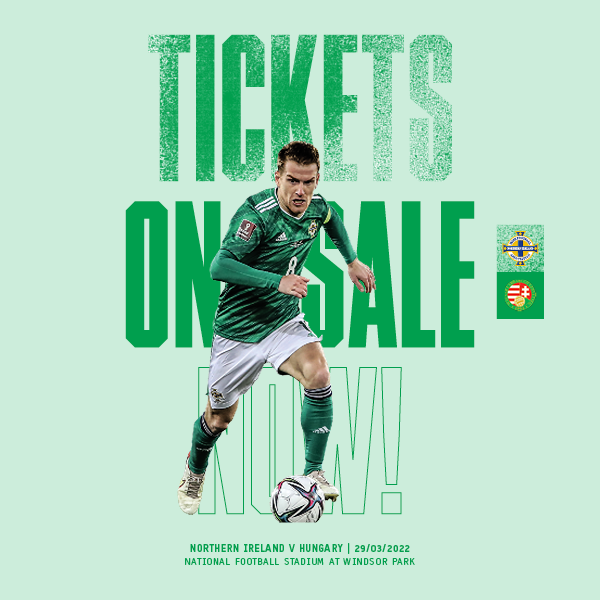 Meanwhile, the senior women’s team are set to take on England at the National Football Stadium on Tuesday 12 April (7.45pm start).

Tickets for the Women’s World Cup qualifier cost £10 for adults and £2 for juniors. Members of GAWA Official will receive a 50% discount. Tickets are available by clicking the image below. 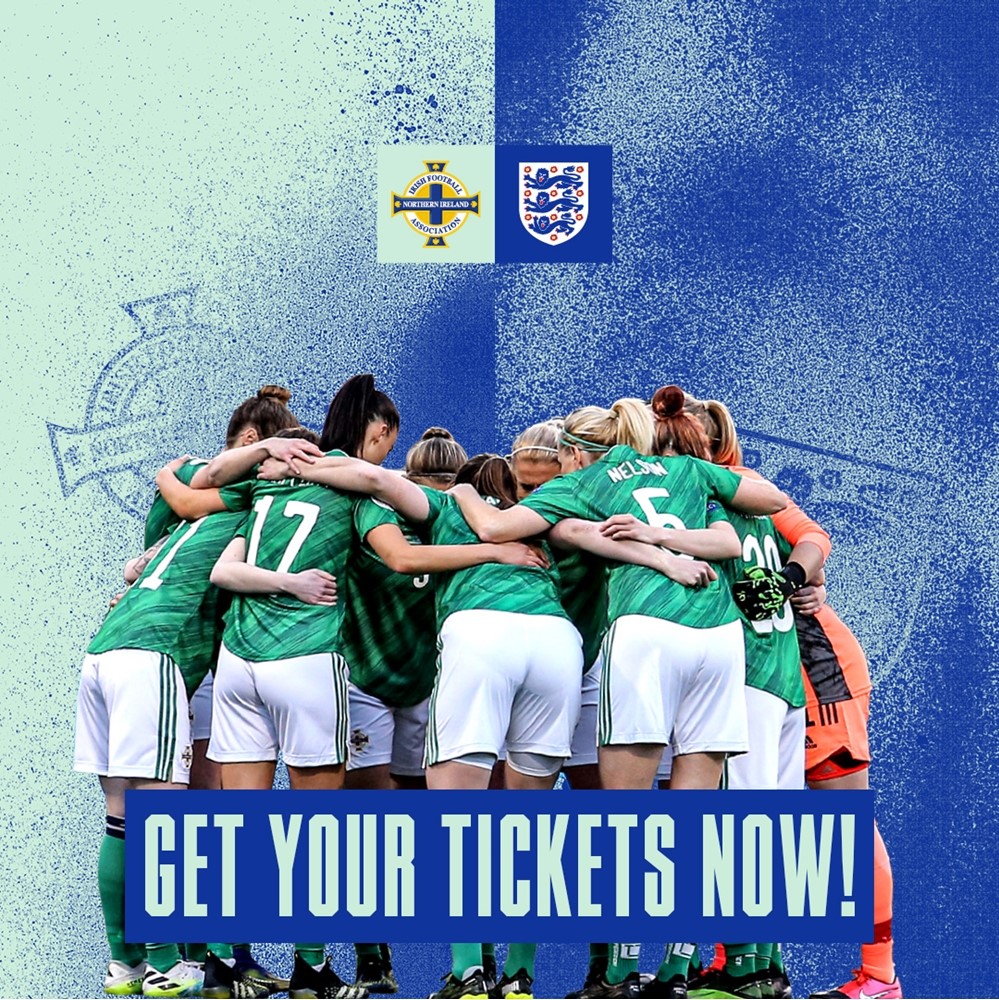 Group applications opened last month and are continuing to be accepted (groups of 10 or more receive a 50% discount). To date 5,000 tickets have been secured by groups.

It will be Northern Ireland’s final competitive fixture before their appearance at UEFA Women’s Euro 2022 in England this summer - where they are due to face England once again.

The match in Belfast will be the second of two crunch FIFA Women’s World Cup 2023 qualifiers for Kenny Shiels’ team next month. They are also away to Austria on 8 April.

England are sitting top of European Qualifying Group D having won all six of their qualifiers to date, scoring 53 goals and conceding none on their way to notching up 18 points.

Austria and Northern Ireland both have 13 points (four wins, one draw and one defeat) so far, however the Austrians are currently second in the Group D table on goal difference. They have scored 29 times and let in four goals to date, while Northern Ireland have scored 30 and conceded six. 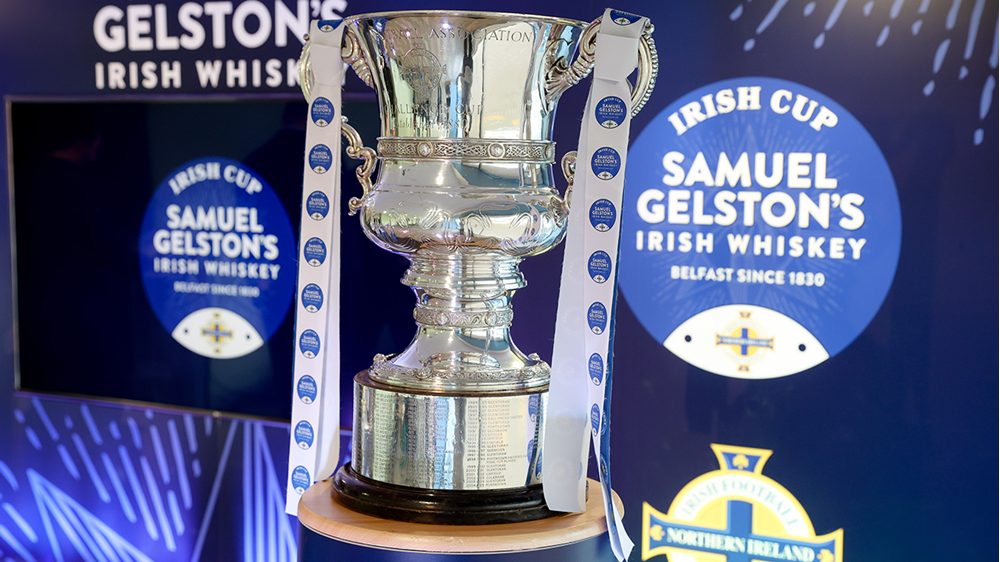 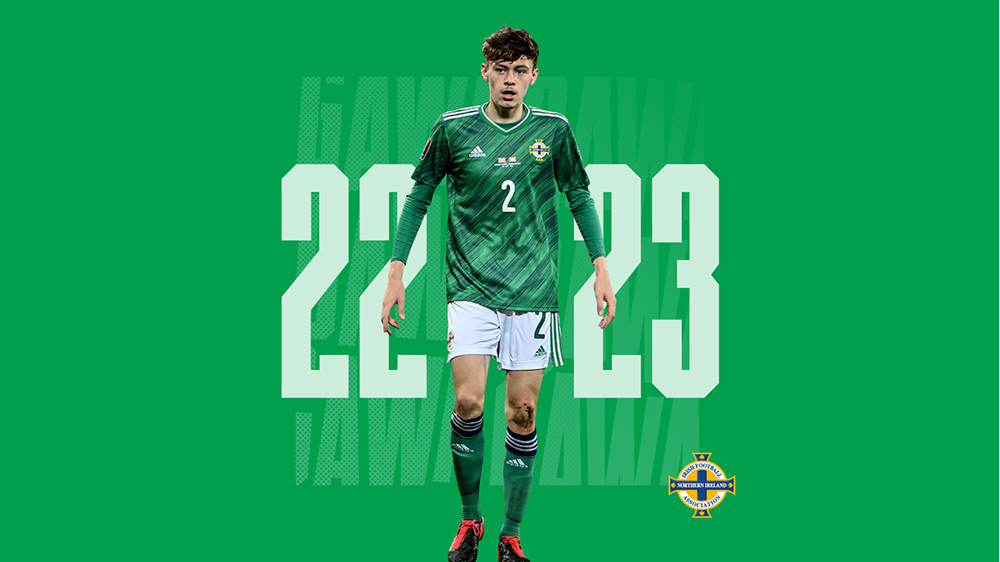 Tickets for Northern Ireland-Switzerland match to go on general sale 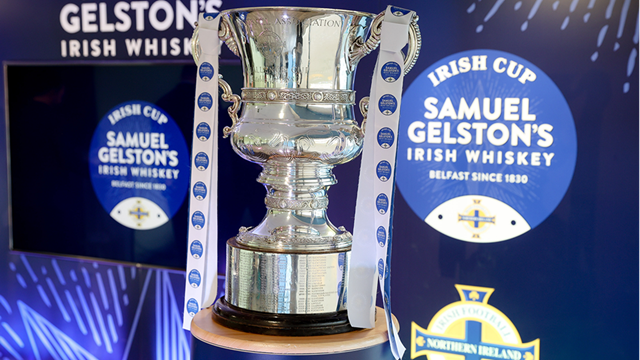 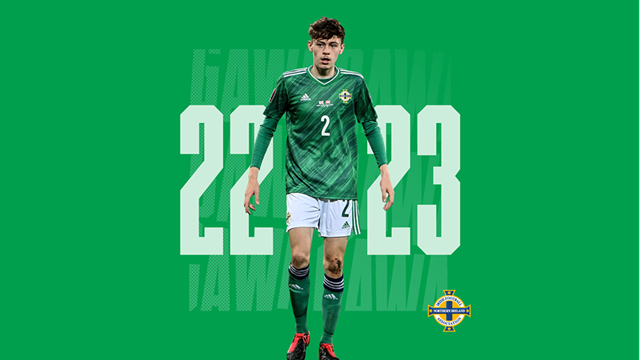