The girls from Derry-Londonderry, who operate in the second tier of women’s futsal in Northern Ireland, were the underdogs going in to the final against St James’ from the top flight.

But the Belles rose to the occasion at Belfast’s Shankill Leisure Centre and won the decider 4-3 after extra time.

The defeat was a further disappointment for St James’ as the west Belfast side were strong contenders in the Women’s Premiership and Championship Futsal League until their hopes were dashed in the final round of fixtures.

In the cup final Foyle Belles struck first only for St James’ to draw level before some great team play enabled the Belles to go 2-1 up.

St James’ then had a good opportunity to equalise but failed to take it and they were almost punished again by the Belles, however Siobhan Bell produced a superb goal-line clearance to keep the score at 2-1 at the break.

At the start of the second half Bell scored an excellent goal to make it 2-2. She ran from her own half and sliced through the Belles defence before firing home.

But Foyle rallied and took the lead once again before a slick team goal from St James’ forced the contest into extra time.

St James’ started the extra period strongly and had three big chances to score but were kept out by Belles keeper Shantell Temple, who produced some superb stops on the night.

With the game looking like it would go to penalties the Belles created one last chance and a great team move led to the winner and Foyle captain Terri McLaughlin lifting the trophy.

Before the main event at the Shankill there was a NIFF Women’s Plate final featuring Carnmoney Ladies from NIFF Division Three and 22nd Ladies, the Division Four champions. And it was also a cracking game.

22nd opened the scoring only for Carnmoney to net three times and lead 3-1 at half-time.

The next goal went to 22nd Ladies and from there on it was an end to end game with both sides creating chances.

Goalkeepers and defences were on top in the second half and in the end it was Carnmoney who saw out the game to win 3-2 and be crowned Plate champions. 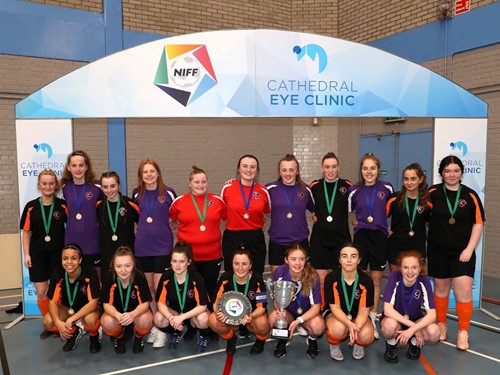 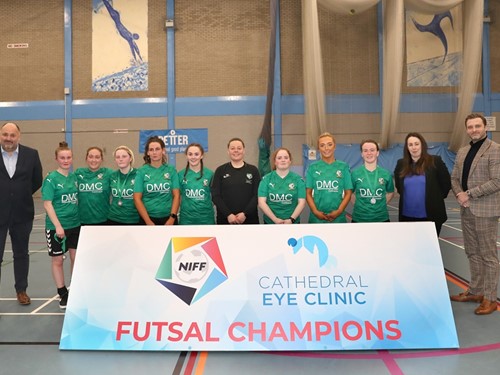 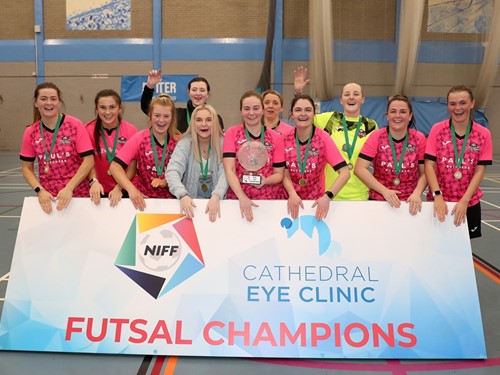 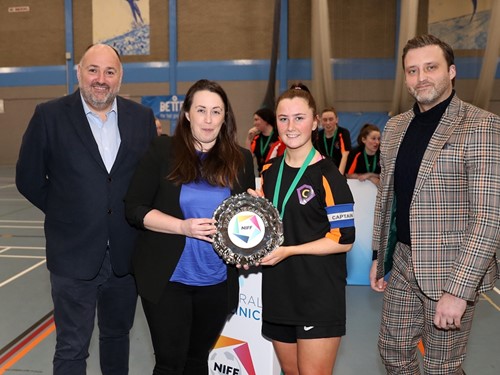 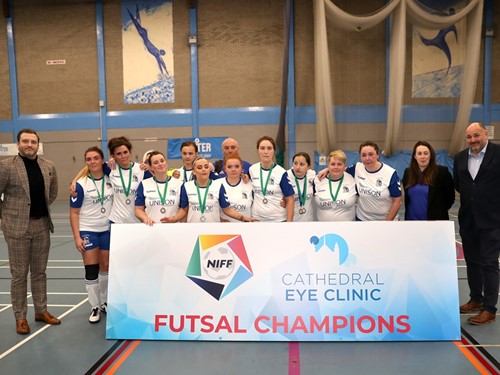 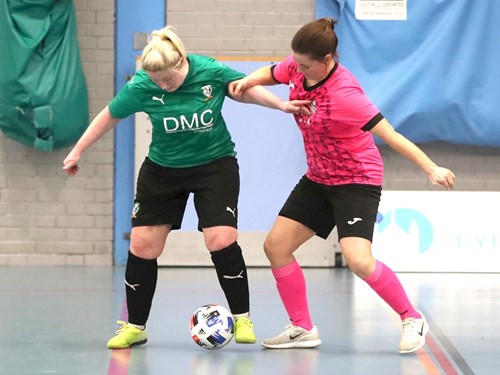 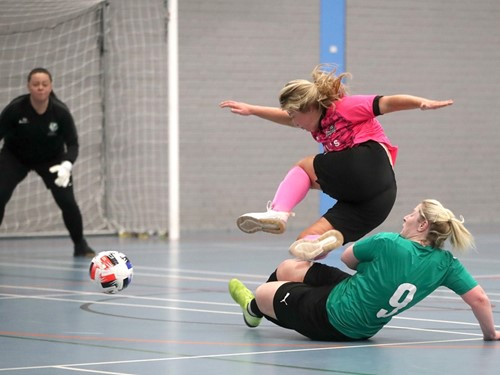 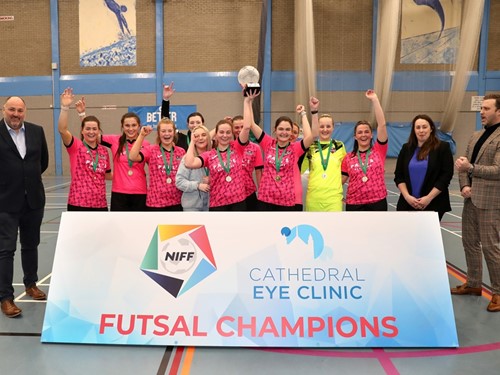