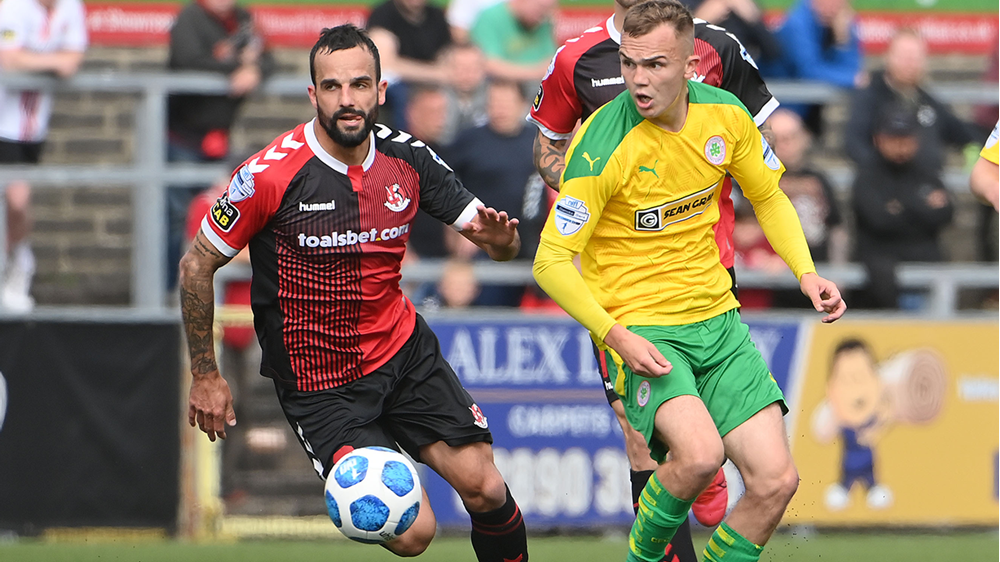 BBC Sport NI will be streaming the Samuel Gelston’s Whiskey Irish Cup semi-final between Cliftonville and Crusaders at the start of next month.

And it was also confirmed today that the game will be played at the National Football Stadium at Windsor Park on Friday 1 April with a 7.45pm kick-off.

Cliftonville, fresh from their League Cup triumph at the weekend, will be keen to take another step towards ending their Irish Cup hoodoo when they meet their north Belfast rivals in the south of the city.

The Reds have not won the trophy since 1979, while the Crues last won it in 2019 when they defeated Ballinamallard United 3-0 in the final.

The tie between Cliftonville and Crusaders is set to be streamed live on BBC iPlayer and the BBC Sport NI website.

Arrangements for this season’s other Irish Cup semi-final will be announced in due course.