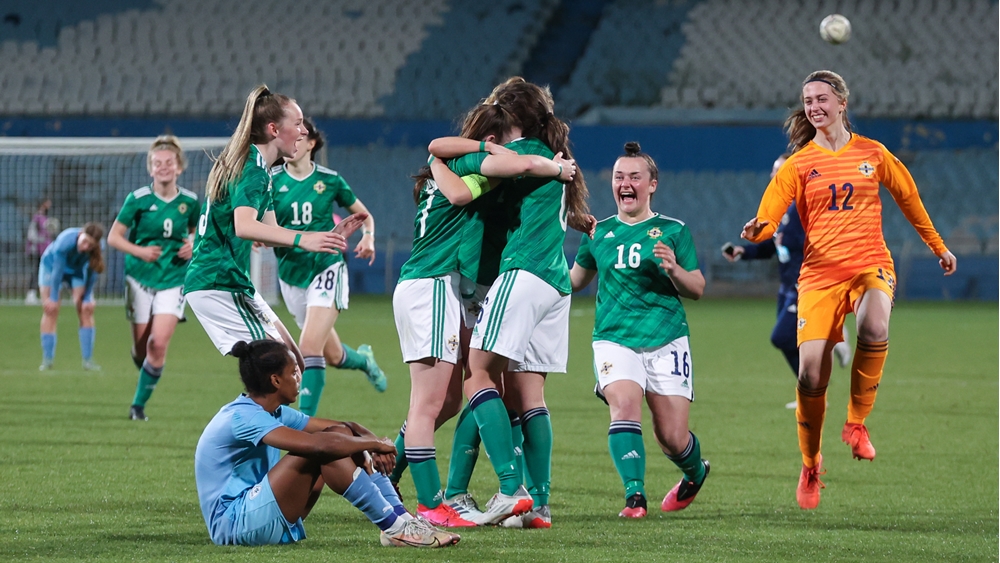 Northern Ireland’s Women’s Under-17s produced a superb display to defeat Israel 2-0 in a Euro qualifier in Ramat Gan this afternoon.

Alfie Wylie’s side dominated for long spells but also had to soak up plenty of pressure in the game at the Ramat Gan National Stadium in the Tel Aviv district.

Both sides went into the match with 100% records in League B Group 1 in Qualifying Round 2 of the UEFA European Women's Under-17 Championship 2022. Both had won their two other group games against Luxembourg and Faroe Islands.

At stake today was promotion to League A for QR1 of the 2022-23 edition of the competition.

Northern Ireland had to win the game because Israel had a superior goal difference and only required a draw to progress.

And Wylie’s side deservedly triumphed against the favourites and host nation thanks to a first half strike from Rachel McIntyre and a timely headed goal from Sarah Tweedie late in the game.

On 17 minutes striker Olivia Stubbs produced a searing run and a fine curling shot which Ben Barak pushed away.

Moments later McIntyre let fly and the Israel keeper made another fine save – and Halliday smashed the rebound against the frame of the goal.

Israel’s first chance saw captain Zohar Gat drag a shot wide, and not long after she missed the target again.

McLaughlin shot well wide around the half-hour mark but moments later the girls in green and white deservedly took the lead. A punt forward by Mikayla Wildgoose was nudged on by Halliday towards McIntyre and she tussled with her marker before rifling the ball high into the net from 10 yards out. It was a great finish.

Halliday had another great run on 37 minutes. She jinked her way past two markers before dragging her shot into the side netting.

Five minutes later another long ball from Wildgoose found Halliday. She got a toe to it, however the Israeli keeper managed to push the ball out for a corner.

Towards the end of the half Gat had a long range effort which was gathered well by Northern Ireland keeper Erin McAllister.

After the break Tweedie got on the end of a free-kick eight yards out but headed straight at Israel’s netminder.

Northern Ireland continued to press. On 57 minutes McLaughlin let fly from a free-kick, however her shot drifted wide.

On 60 minutes, against the run of play, McAllister pulled off an incredible save from a long distance Eva Sribnenko blaster and then Aimee Kerr produced an excellent goal-line clearance to keep Israel out.

That flurry of activity appeared to galvanise Israel and they poured forward.

McAllister pushed out another long range effort, this time from Michaelit Workou, as Israel enjoyed their first sustained spell of pressure.

Orian Biru and Gat both missed the target as Israel went in search of an equaliser.

On 80 minutes Wildgoose found Halliday once again but she scooped her shot wide as Ben Barak raced off her line towards her.

Seven minutes later a McLaughlin drive was deflected out for a corner. The midfielder then delivered the ball into the six-yard box where Tweedie was on hand to head it home.

Minutes later McLaughlin produced a lovely piece of skill to bamboozle her marker and her superb long range effort hit the underside of the bar – but the icing had already been applied to the cake with Tweedie’s goal.

The aim for Northern Ireland from the mini tournament in Israel was to gain promotion to League A for QR1 of the 2022-23 edition of the competition – and they delivered thanks to three great displays. They defeated Luxembourg 2-1, Faroe Islands 3-0 and Israel 2-0 to book their place in the elite section of the WU17 Euro qualifiers next time around. 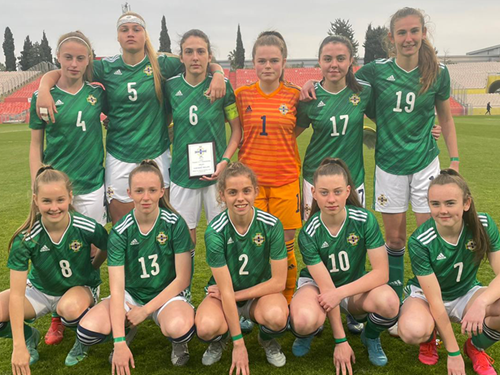 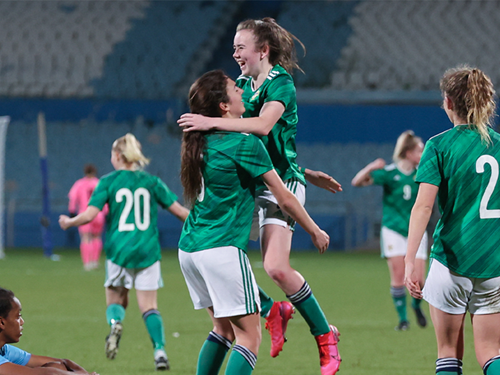 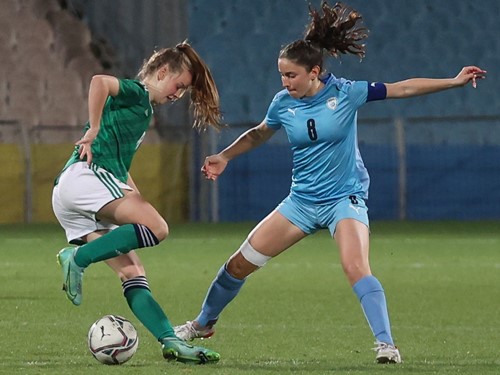 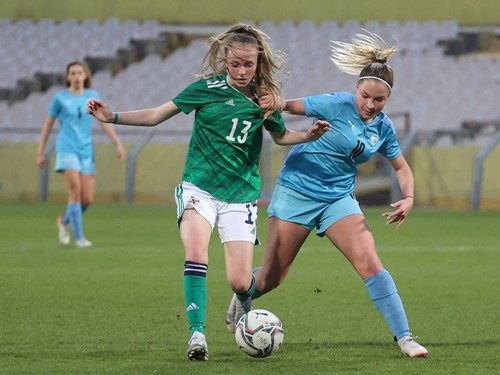 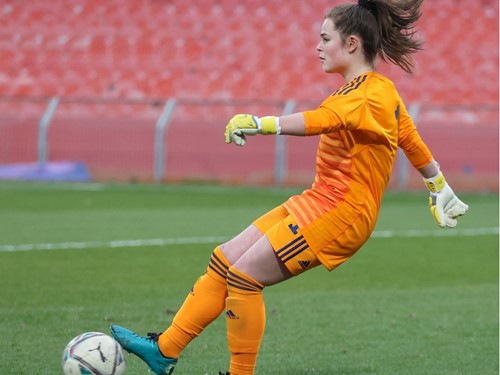 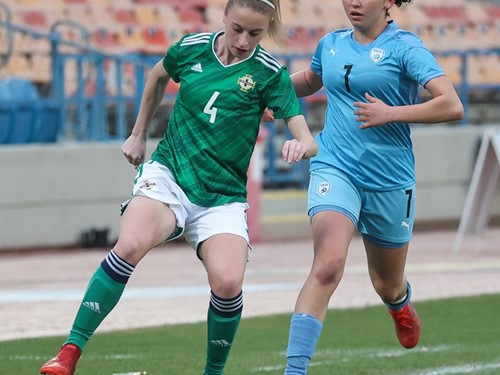 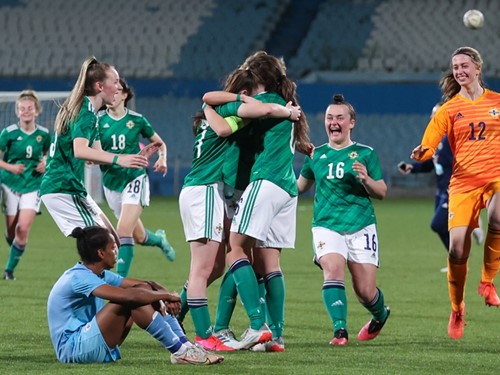 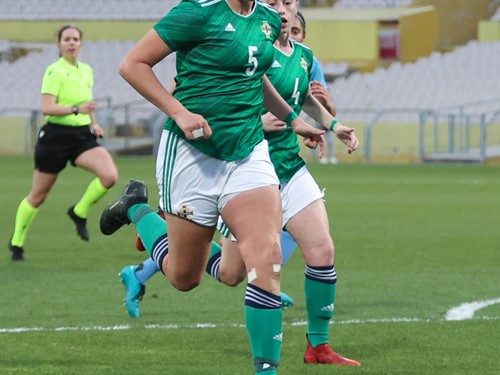 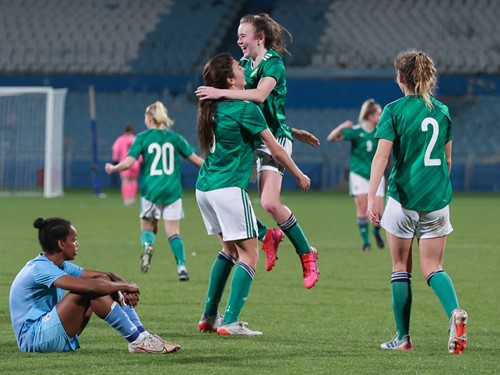