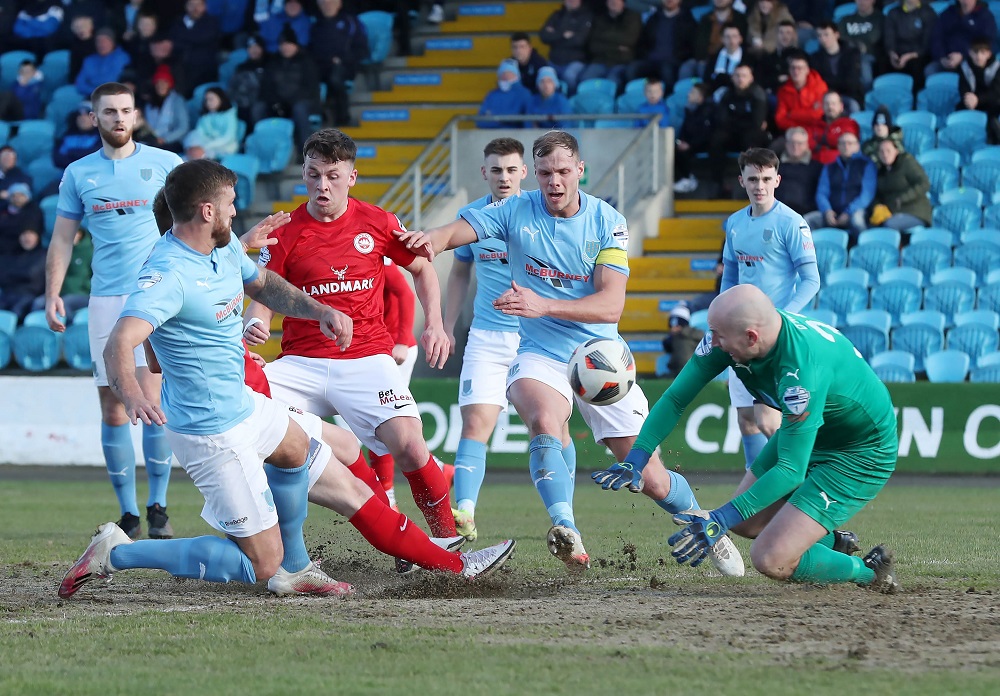 The Samuel Gelston’s Whiskey Irish Cup last four line-up is complete following quarter-final victories for Ballymena United, Crusaders and Glentoran. The trio join Cliftonville in the semi-finals after the Reds got past Coleraine at Solitude on Friday evening.

It proved to be quite the afternoon with all three games keenly fought and competitive right until the end.

For sheer drama there was no better place to be than the Ballymena Showgrounds when the Sky Blues booked their passage courtesy of a penalty shoot-out defeat of Larne after being two goals down with around half-an-hour on the clock.

Lee Lynch fired Larne in front as early as the fifth minute, with Lee Bonis adding a second less than ten minutes after that. Ballymena clawed a goal back when Paul McElroy converted from the spot midway through the first half only for Albert Watson to restore Larne's two-goal cushion not long after that.

David Jeffrey's side were thrown a lifeline when David Parkhouse found the net in first half stoppage time before Mikey Place made it 3-3 with around 12 minutes remaining.

That was how it stayed right through extra-time before the Sky Blues came out on 4-3 victors after penalties with Caolan Loughran converting the vital spot-kick in addition to keeper Sean O'Neill making two saves. 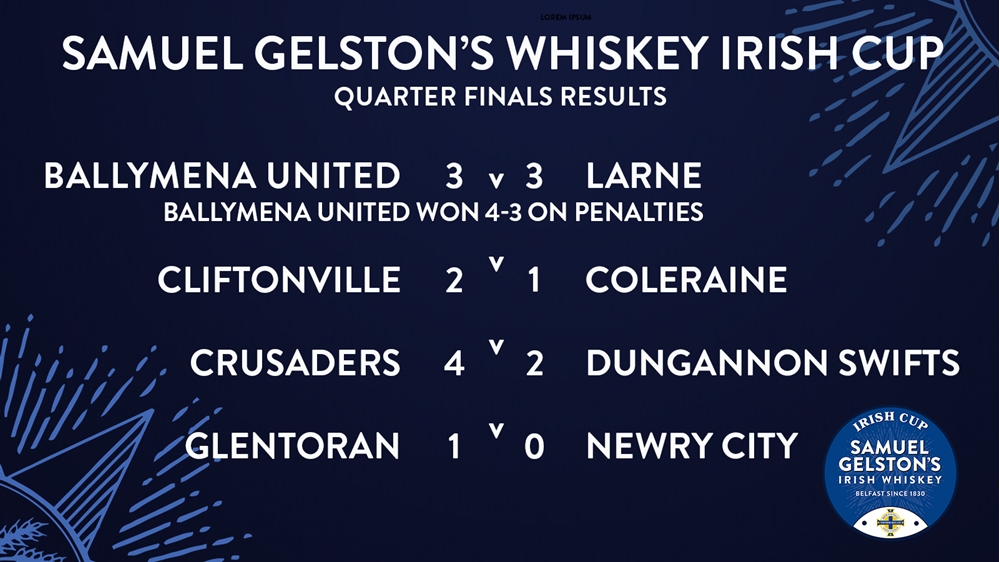 It was just as tense at The Oval as Glentoran edged past Championship visitors Newry City by just a single goal.

Jay Donnelly grabbed what proved to be the winner on 27 minutes but a superb showing by Darren Mullen's side saw them twice hit the woodwork before ultimately exiting the competition with heads held high.

Crusaders left it late to progress at Dungannon Swifts' expense at Seaview.

The sides traded goals in the first half, as Josh Robinson's 30th minute opener was cancelled out by James Knowles' spot-kick eight minutes later.

Rhyss Campbell then fired the Swifts in front early in the second half but Ben Kennedy levelled for the Crues soon after. But it was left to the experienced Jordan Owens who turned supersub to come off the bench and score twice in three minutes late in the game to see Stephen Baxter's side through.

The draw for the last four produced a North Belfast derby as Cliftonville and Crusaders will go head-to-head while there'll be a repeat of the 2020 final as Glentoran lock horns with Ballymena United. Dates, venues and kick-off times for both ties will be confirmed in due course. 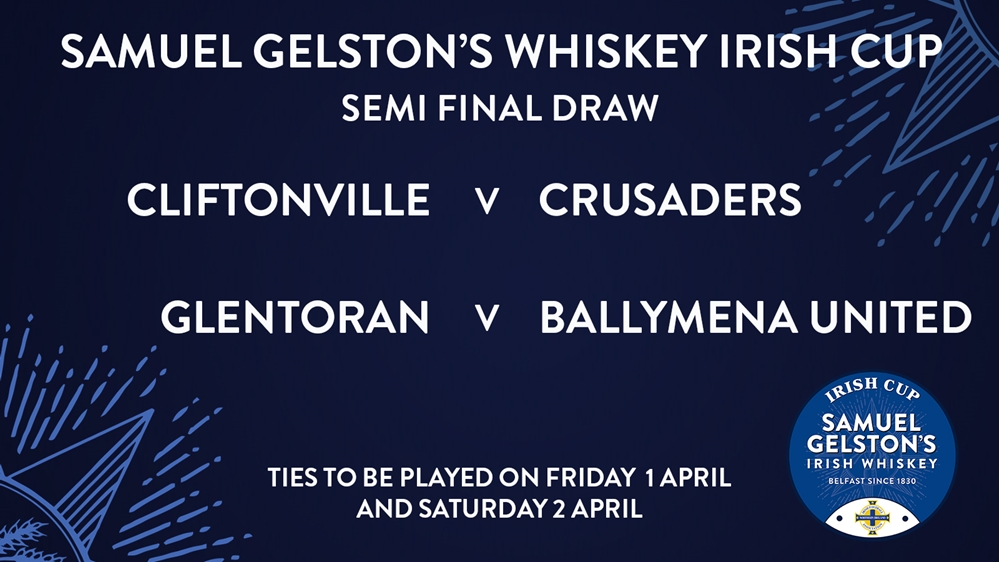