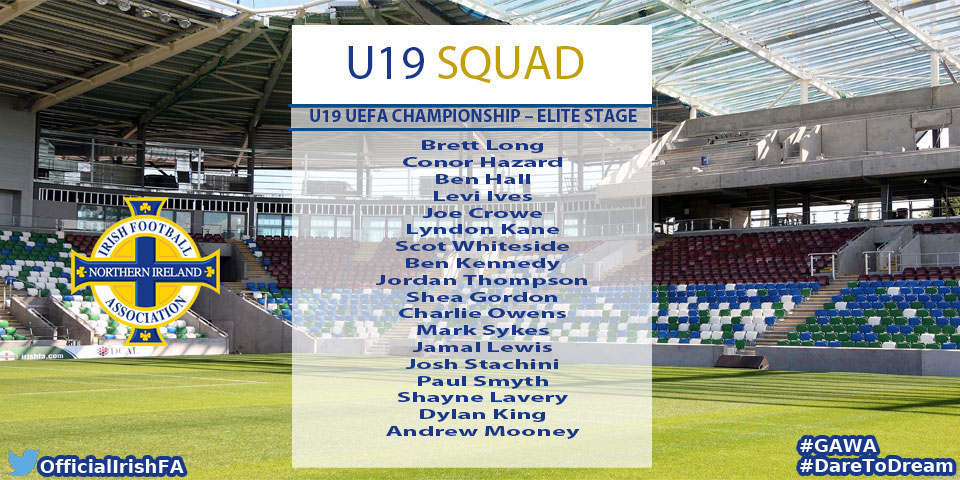 The Northern Ireland squad for the upcoming UEFA European Under 19 Championships Elite Stage in the Netherlands has been announced.

Stephen Craigan led the team to the 27 team Elite Stage after finishing second in Group 9 of the qualifying stage after claiming four points with a 2-1 win against Norway and a 1-1 draw against Russia.

The side will be facing Poland on March 24, Netherlands on March 26 and end their trip against Ukraine three days later.