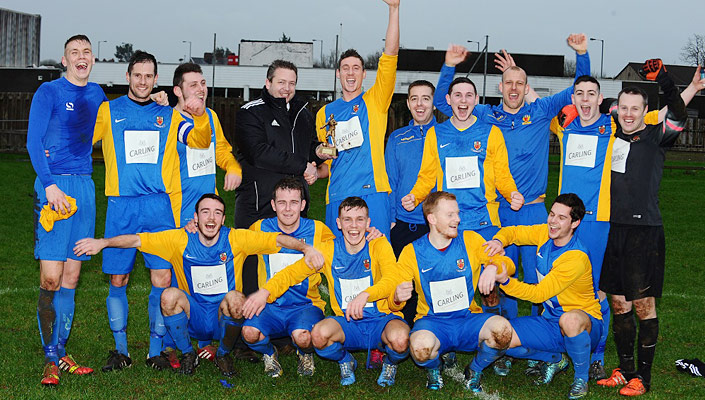 A Mark Wilkinson hat-trick helped Amateur League side Nortel come from two goals down to defeat Championship 2 opponents Banbridge Town in the Intermediate Cup Third Round 'tie of the round' at Monkstown.