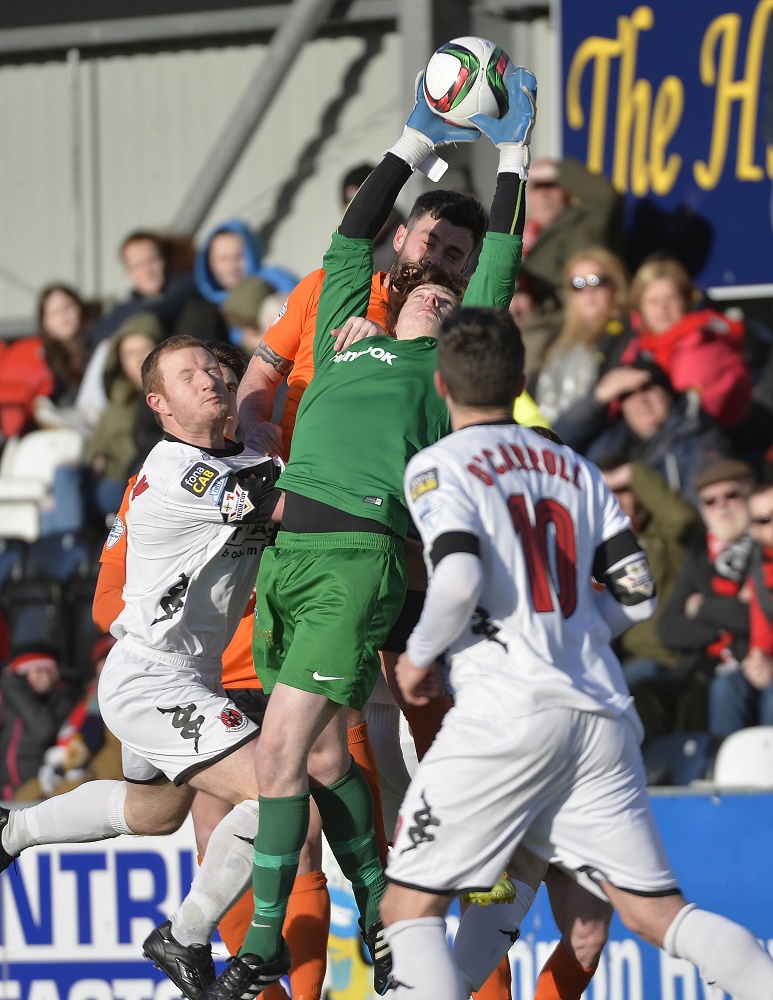 Premiership heavyweights Crusaders, Linfield and Glenavon all made it safely through to the last four on a day that treated us to 14 goals and no fewer than six red cards.

But the story of the day and, indeed, this season's competition was Championship 1 side Lurgan Celtic's shock win over Portadown at Shamrock Park.

Colin Malone's charges must have thought they'd blown their chances after surrendering a two-goal lead over last season's losing finalists but they recovered to snatch a heart-stopping victory in stoppage time.

Here's how the day unfolded around the grounds:-

Paul Heatley opened the scoring for the Crues on 16 minutes with a back post header after connecting with a Jordan Forsythe cross.

Heatley was involved in Crusaders' second just after the half-hour mark when he delivered the ball for Diarmuid O'Carroll to tap home from close range.

Then, in the 52nd minute, Heatley doubled his tally for the afternoon with a curling effort in off an upright after beating the offside trap.

Carrick's task was made even more difficult on the hour when defender Aaron Smyth was sent-off following a challenge on Heatley.

And they ended the game with nine-men when Brian McCaul fouled substitute Ross Holden on 78 minutes for what was his second booking of the game.

The Reds almost snatched the lead inside the first minute courtesy of a David McDaid left-foot effort which 'keeper Gareth Deane did well to deny.

Despite that bright start, scoring opportunities were somewhat of a rarity for the remainder of the first half.

The deadlock was eventually broken on 56 minutes when Ross Gaynor got on the end of a low ball forward to direct a shot beyond Conor Devlin.

Then, 20 minutes later, Andrew Waterworth made it 2-0 with a low shot into the bottom corner after shrugging off the attentions of a defender.

Gaynor struck again, from the spot, right at the end of normal time after Devlin had upended Paul Smyth.

Devlin was sent-off moments later for a second bookable offence - and he was followed by team-mate Caoimhin Bonner soon after following a challenge on Guy Bates.

Declan O'Brien broke the deadlock five minutes from the break after pouncing on the loose ball when Loughgall 'keeper Gareth Buchanan failed to hold onto a Kris Lindsay cross.

Then, moments after that, Gary Hamilton's side almost doubled their advantage when Ciaran Martyn turned the ball onto an upright.

The Villagers were reduced to ten men early in the second half when Ricky Copeland was dismissed for bringing down O'Brien on the edge of the area.

Glenavon doubled their lead on 66 minutes when Mark Carson upended Andy McGrory inside the area - before McGrory composed himself to knock home the subsequent spot-kick.

Loughgall hit back with a minute, however, when Stuart Mallen got on the end of a Daniel Ryan pass to ensure the Lurgan Blues couldn't cruise their way to victory.

Aaron Haire stunned Portadown when he headed Lurgan Celtic into the lead after 13 minutes when Josh Barton made the most of some poor defending to deliver the final ball.

Then, on 32 minutes, the Ports were reduced to ten men following Mark McAllister's dismissal for an off the ball incident with John Cochrane.

Amazingly, Celtic doubled their advantage nine minutes after the break through Shea Conaty with a superbly struck 22-yard strike into the top corner.

However, Portadown pulled a goal back four minutes after that courtesy of a Marcio Soares finish into the bottom corner from the edge of the box.

Sean Mackle then levelled for the Ports on 70 minutes after getting the final touch to the ball when Michael Gault turned on a Chris Casement corner.

But, with extra-time looming large, Haire was brought down in the area and from the resultant spot-kick Raymond Fitzpatrick stepped up to book a semi-final berth for the Championship 1 side. 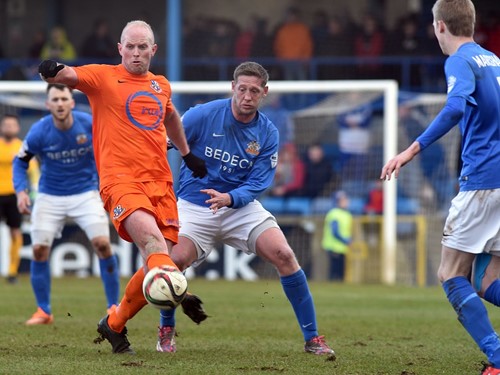 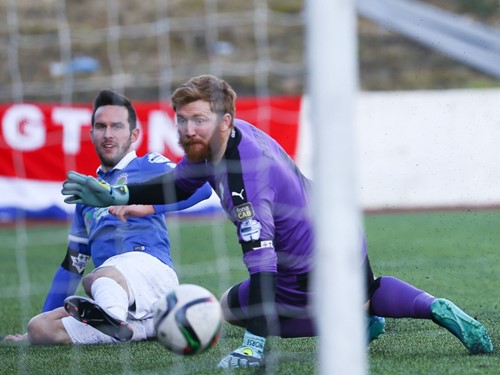 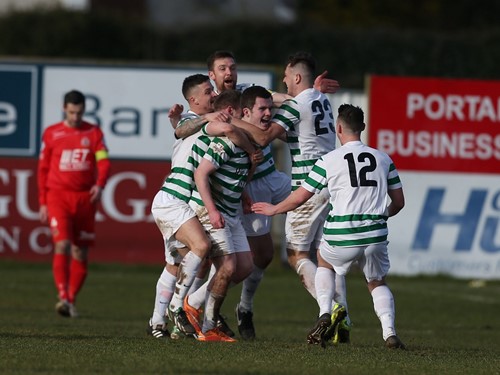