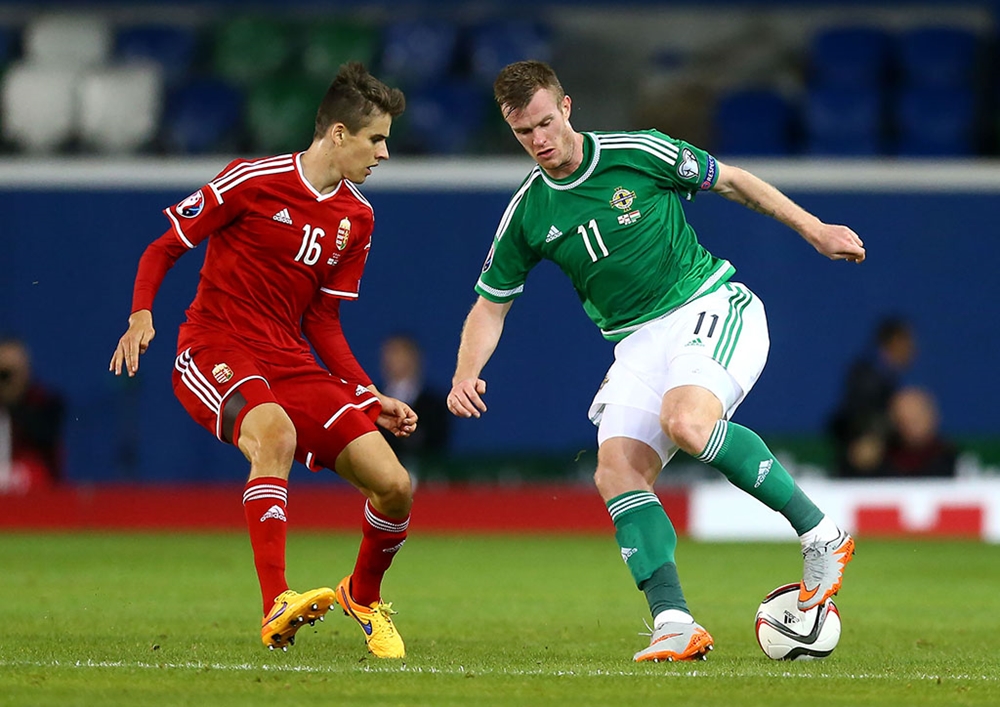 The 31 year-old, who was also deployed as a left-back by O’Neill during the qualifying campaign, picked up the injury while playing for the Baggies in their Premier League clash with Crystal Palace on 27th February and is now expected to be out of action

Brunt, who has 54 caps for his country, ironically flew to Lyon today, venue of Northern Ireland’s second Group game versus Ukraine, where he had reconstructive surgery on his knee.

“It’s a big blow for Chris and everyone is feeling for him right now,” West Brom boss Tony Pulis told the club’s official site, “It will be disappointing for us not to have him for the rest of the season because he is a terrific player who gives the team great balance.

“But obviously it is made even more cruel because it has denied him a career highlight with Northern Ireland this summer,” he added, “We are hopeful that Chris will be nearing the completion of his rehabilitation towards the start of next season.”