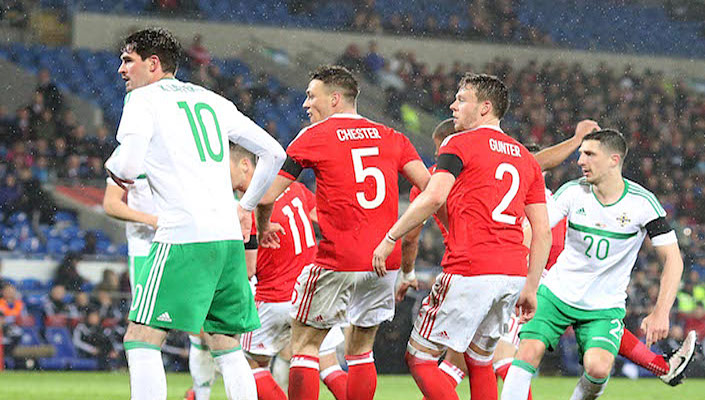 Northern Ireland came within minutes of claiming a first away friendly win in almost a decade only to settle for a draw with fellow Euro 2016 qualifiers Wales in the Cardiff City Stadium.

Whilst both sides started brightly it was the hosts who perhaps created the most clear cut chances during the opening exchanges.

After just three minutes Chris Gunter found space down the right to find Sam Vokes but Paddy McNair read the danger well to force the Burnley man to head over.

Then, with just over a quarter-of-an-hour gone, Joe Ledley found Tom Lawrence but the Northern Ireland defence manage to deal with the threat.

Michael McGovern was forced into his first save of note on 21 minutes after David Cotterill tested him with a low free-kick before the Birmingham City midfielder followed up with a curling effort moments later.

Conor Washington, on his Northern Ireland debut, caused a few anxious moments in the home defence around the half-hour mark only to be thwarted by 'keeper Wayne Hennessey and then the defensive pairing of Gunter and David Vaughan. And he enjoyed another effort a couple of minutes from the break with a long range effort which ultimately ended up going over.

Kyle Lafferty might have broken the deadlock early in the second half after the ball fell into his path but Welsh substitute 'keeper Danny Ward turned the danger away.

But the opening goal was only ten minutes away. After the home defence failed to clear a corner Steven Davis turned the ball back into the box, whereupon it eventually fell for Craig Cathcart who did well to turn and fire through the crowded area to give Northern Ireland the lead.

As might have been expected, Wales stepped up a gear in search of the equaliser, coming close on 70 minutes when McGovern was prompted to react quickly to smother the ball as Vokes closed in following a good passing move.

Chris Coleman's side continued to press as the game progressed with Simon Church almost finding a way through on 79 minutes but the visiting defence held firm while substitute Andrew Crofts had a go a few minutes after that.

However, Wales eventually did get their equaliser with just a minute of normal time remaining. Church showed great determination to chase down a loose ball in the area and was brought down by Gareth McAuley as he got close to goal. Referee Steven McLean showed little hesitation in pointing at the spot and, from the resultant penalty, Church stepped up to drill the ball beyond McGovern inside the left hand post.

A disappointing end to the game, perhaps, but on reflection Michael O'Neill will be able to draw plenty of positives from a performance that saw 17 players get some game time, not to mention an encouraging debut from Washington. 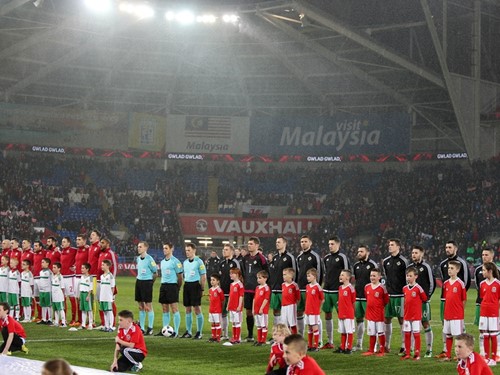 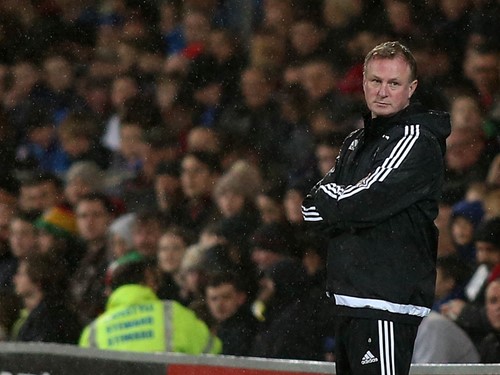 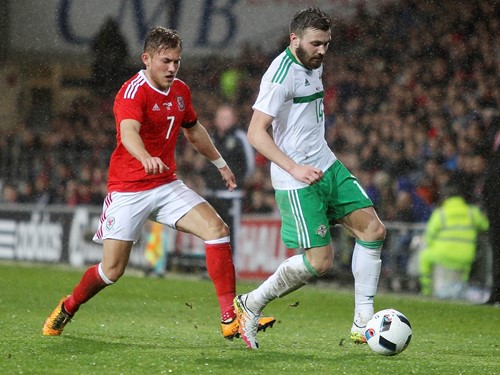 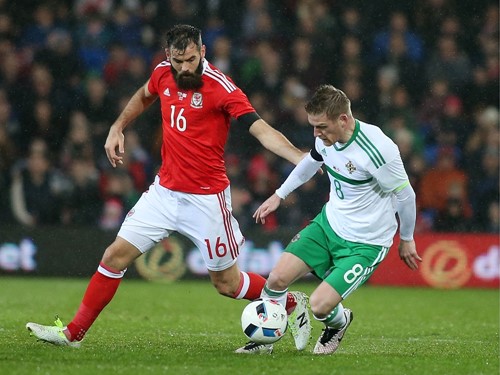 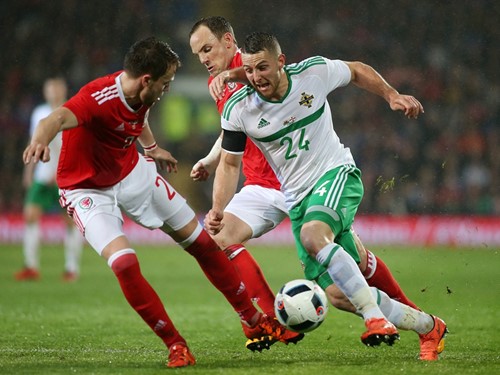 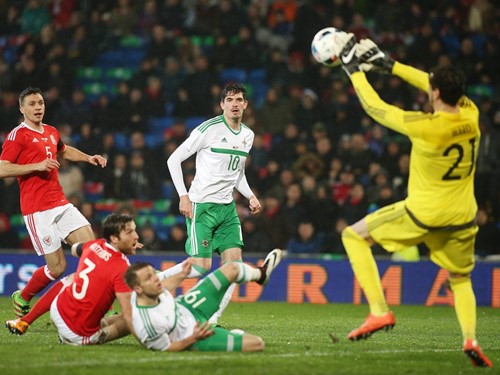 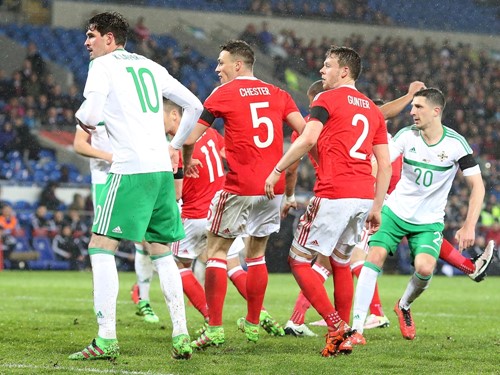 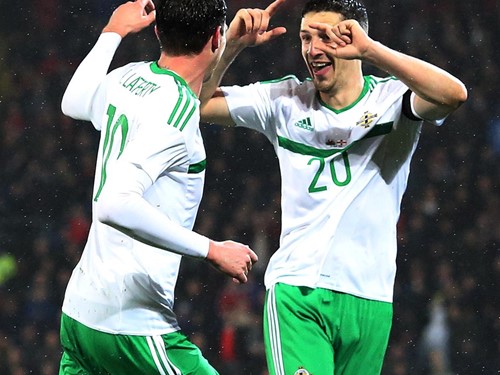 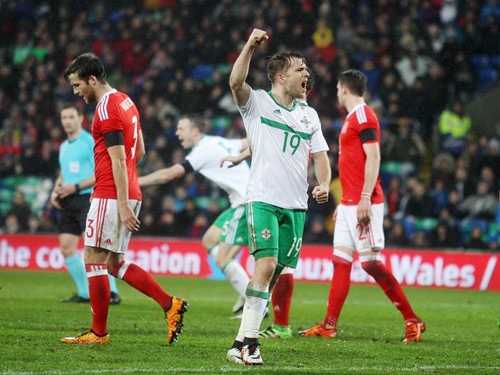 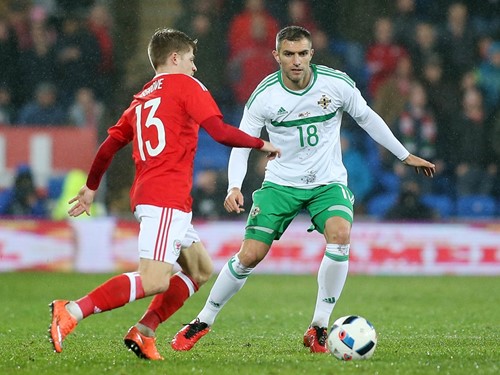 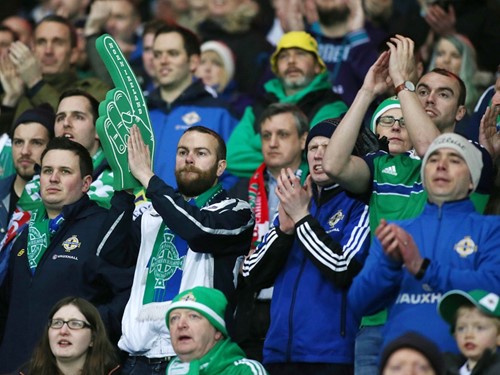 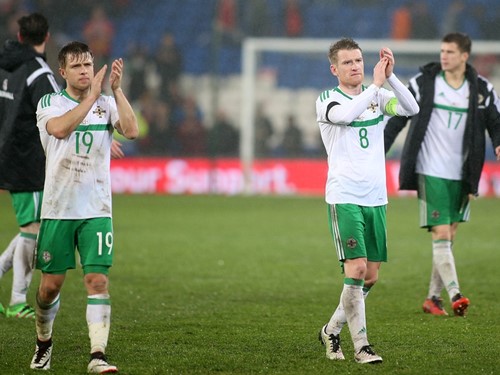