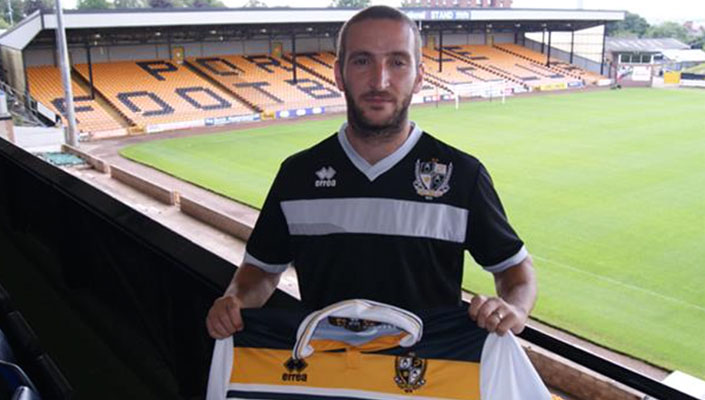 Northern Ireland striker Martin Paterson has earned a deal with League One outfit Port Vale after training with the Valiants over the past week.

The 29 year-old, who began his career with Vale’s fierce rivals Stoke City, had been without a club since leaving Blackpool at the end of last season.

The Staffordshire-born forward has won 22 caps for Northern Ireland scoring three goals, his last appearance in a green shirt coming against Cyprus in March 2014.

Undoubtedly the most memorable of his three International goals was his winning header against Russia three years ago this month which gave Michael O’Neill his first victory as Northern Ireland manager.

Paterson’s career started with his hometown club Stoke where he made 16 first team appearances before moving to Scunthorpe United on a free transfer in 2007.

In his only season at Glanford Park he bagged 14 goals for the Irons before Burnley paid over £1 million for his services in June 2008 after having an initial £400,000 offer rejected.

Paterson became a firm favourite at Turf Moor scoring 19 goals in his first season with the club, a tally which helped the Clarets gain promotion to the Premier League via the Play-offs and also a place in the semi-finals of the Carling Cup.

Following five seasons at Burnley Paterson’s next port of call was Huddersfield Town. He then had loan spells at Bristol City, Fleetwood and then with Orlando City in USA. Another brief spell at Orlando was followed by an eight-month stint at Blackpool last season.