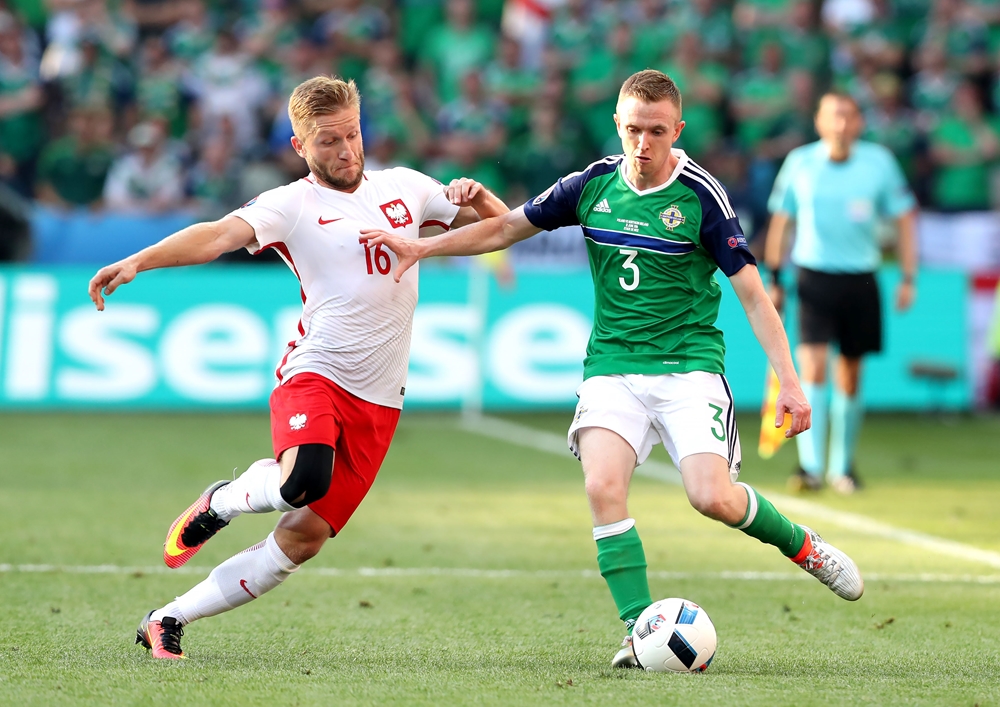 WINGER Shane Ferguson helped Millwall maintain their good start to the season when he fired home the opening goal in their 3-1 victory at Chesterfield in League One at the weekend.

It was the 25 year-old’s first goal for the South-London club since last April and only his fourth for Millwall since joining them in August last year.

Meanwhile in League Two former Northern Ireland under-21 striker Billy Kee scored his first goals of the campaign when he hit a brace in Accrington Stanley’s 3-2 home defeat to Morecambe.

In the National Conference another former under-21 striker Jamie Reid, who is currently on-loan at Torquay United from Exeter City, also opened his account for the season when he found the net for the Gulls in the 2-1 success over Dover Athletic.

In Scotland, midfielder Jordan Thompson, who has been called up into next month’s Northern Ireland under-21 squad by Jim Magilton, was on target for Raith Rovers in their 3-2 reverse at Dundee United, his first since arriving at the club on-loan from Rangers.

Also in the Raith line-up was former Kilmarnock goalkeeper Conor Brennan who was making his debut after signing a short-term deal with the Scottish Championship side until January.

Another player making his debut over the weekend was ex Stoke City and Burnley striker Martin Paterson who came off the bench in the second-half of Port Vale’s 3-1 victory over one of his former clubs Scunthorpe United.

Vale boss Bruno Ribeiro feels the signing of Paterson to his squad will now allow Vale to switch formations in the future.

Former Fulham defender Liam Donnelly, who joined Hartlepool United on a one year-deal last week, made his debut for the League Two outfit on Saturday when he played the last fifteen minutes of their 2-2 draw at home to Warren Feeney’s Newport County.

In the Premier League in England Craig Cathcart missed Watford’s home defeat to Arsenal with a groin strain while both Gareth McAuley and Jonny Evans helped West Brom to their second clean sheet of the season following their scoreless draw with Middlesbrough yesterday afternoon.

Finally, in Norway, ex-Burton Albion and Stevenage forward Robin Shroot scored his 12th goal of the season as Hodd were thrashed 8-3 at Ullensaker.