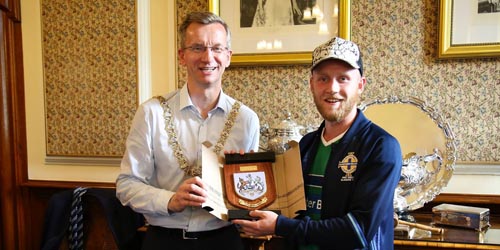 The Northern Ireland Homeless team’s achievements at this year’s Homeless World Cup have been recognised by Belfast’s Lord Mayor.

The Lord Mayor, Brian Kingston, held a reception in the City Hall yesterday evening where he presented the team with a special shield.

Going into the tournament last month Team NI were ranked 24th in the world, but they finished 13th overall at the festival of football staged in Glasgow’s George Square.

The Lord Mayor praised the team’s efforts and said he was “blown away” by their skill and dedication.

He explained he was presenting the shield to mark the team’s outstanding achievement at the Homeless World Cup.

In total 64 teams, representing 52 countries, came together in Scotland to celebrate and highlight the year-round life changing work of the Homeless World Cup National Partner Network.

Councillor David Armitage, who helped to arrange the reception for the team, was among the guests at Belfast City Hall yesterday evening.

See gallery for images from the event. 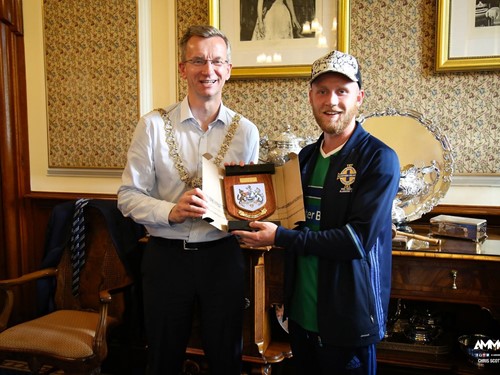 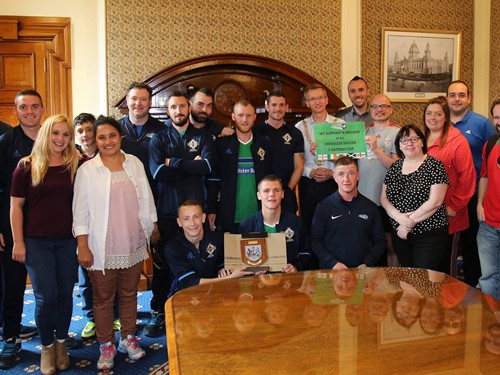 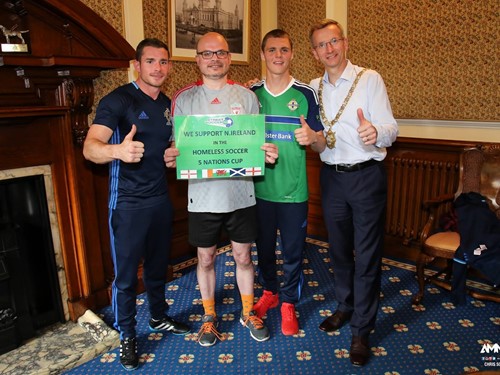 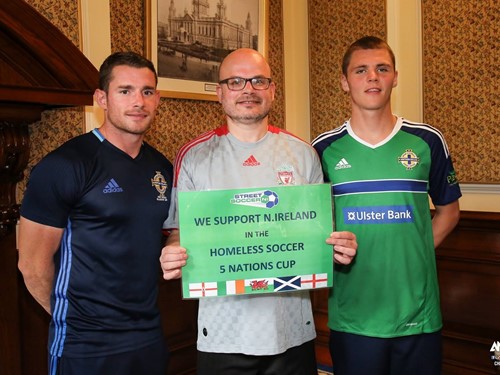 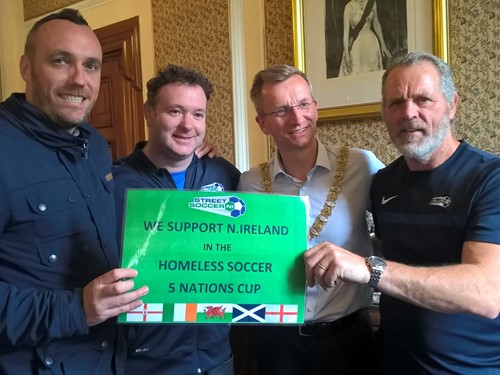