It has been a long time coming and it will be the most unusual of competitions, reflective of these most unusual of times, but the 2020/21 edition of the Sadler's Peaky Blinder Irish Cup is finally upon us.

Despite a reduced number of clubs taking part there is still a keen sense of anticipation in the air ahead of tonight's seven first round ties (kick-off 7:45pm), with a further three to be decided on Saturday.

With holders Glentoran receiving a bye into the next round much attention will instead be focused on league leaders Linfield who welcome Annagh United to Windsor Park, a game to be streamed live on BBC NI and iPlayer. 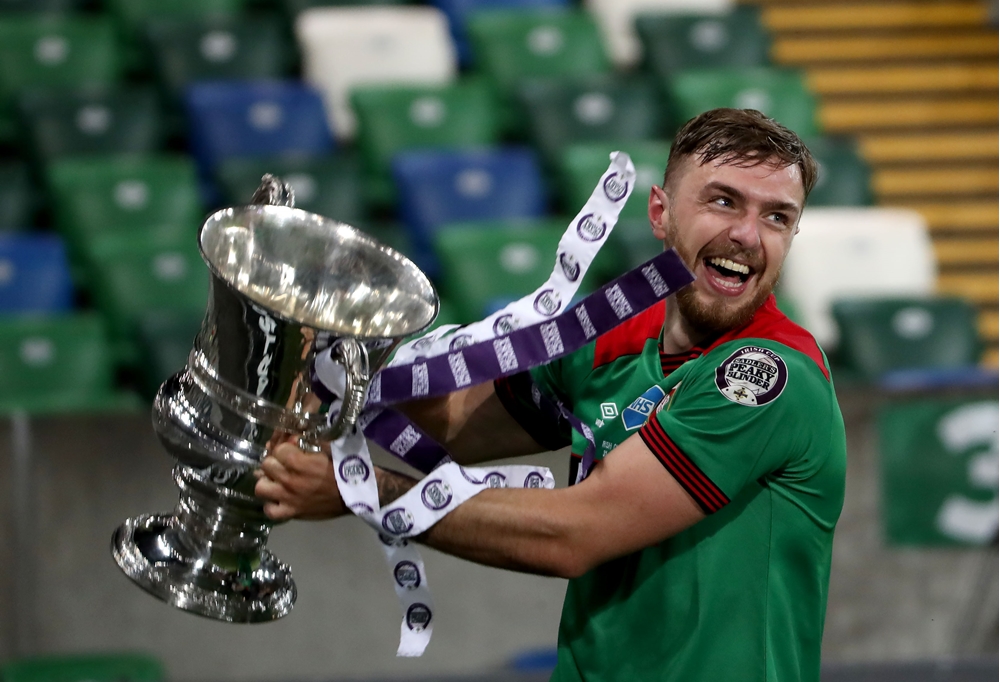 The Blues, seven points clear at the top of the Premiership, will go into the game as strong favourites against the Championship side.

Annagh haven't played competitively since a Mid-Ulster Cup win over Newry City just before Christmas but boss Ciaran McGurgan has spent the last few weeks preparing his troops for the big night with a busy series of friendlies.

And Linfield fans only have to cast their minds back to last January and their cup exit at the hands of Queen's University for a reminder to never underestimate any opponent in a one-off occasion. 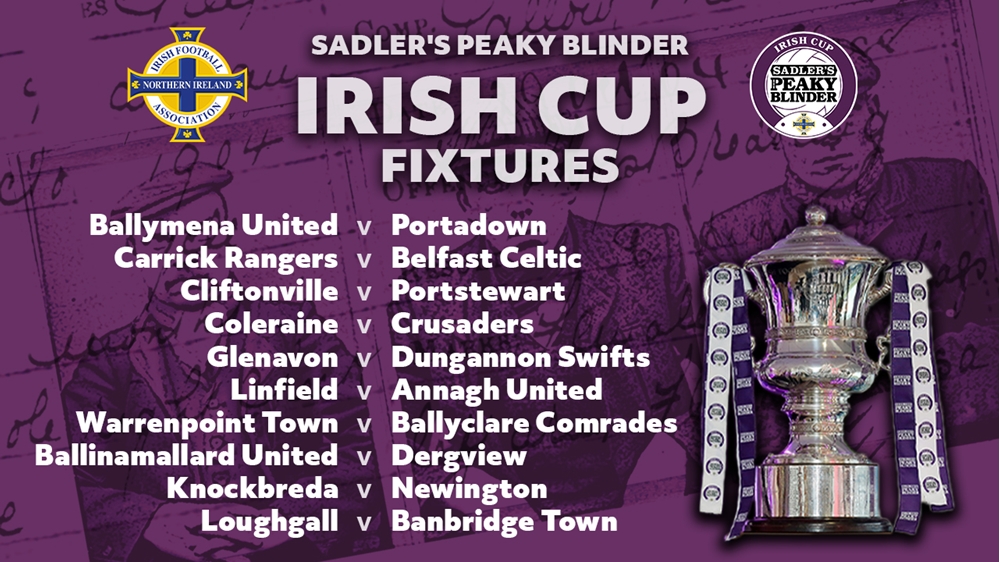 No side goes into tonight's games with more cup longevity than Cliftonville.

When the Reds kick-off against Portstewart at Solitude they will become the only club to have competed in every Irish Cup since its inception way back in 1880.

Paddy McLaughlin's charges approach the game on the back of some impressive league form, having lost just twice in their last 16 outings and possessing in-form striker, Michael McCrudden who has knocked home nine goals in April alone, including a hat-trick at the weekend. 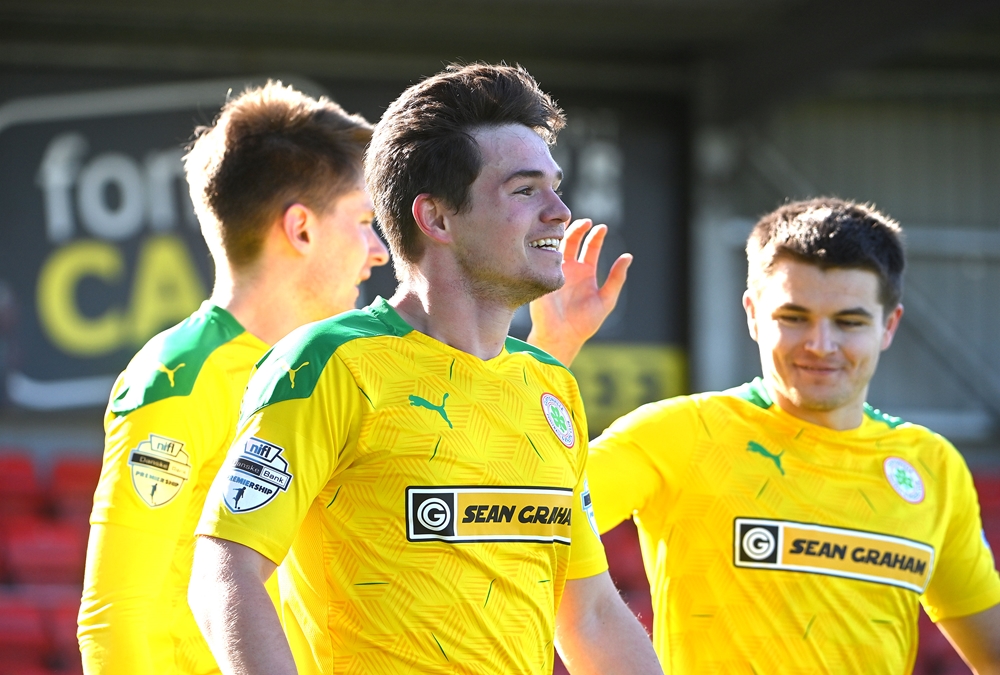 The Seahawks, by contrast, haven't kicked a ball in anger since September but have worked on regaining their match fitness for the tie with warm-up games against Championship sides Loughgall, Ballinamallard United and Ballyclare Comrades as well as a Dungannon Swifts XI.

It wouldn't be the cup if there wasn't the potential for an upset or two with perhaps the players of Belfast Celtic and Ballyclare Comrades fancying their chances against Carrick Rangers and Warrenpoint Town respectively.

But Celtic, managed by two-time Irish Cup winner Stephen McAlorum, haven't played since a 7-0 win over Ballymoney United back in October and their leading scorer that day, former Northern Ireland international Rory Patterson, has since left to join Dungannon Swifts. McAlorum has also reported the loss of first choices Mark Clarke, Padraig McParland and Brendan Shannon through injury.

Carrick might be languishing at the wrong end of the Premiership table without a win in their last eight games but they are unbeaten in their last four outings at the Loughshore Hotel Arena so will still provide more than formidable opposition for their Ballymena & Provincial Football League visitors.

Barry Gray's Warrenpoint are currently in the midst of an even poorer run of form - no victories in their last 13 - but having defeated the likes of Linfield and Crusaders at Milltown earlier in the campaign they will still feel they have too much for Ballyclare, who limbered up for the game with a 3-0 defeat of Portstewart on Saturday thanks to goals from Adam Gray, Matthew Herron and Nathan O'Neill. 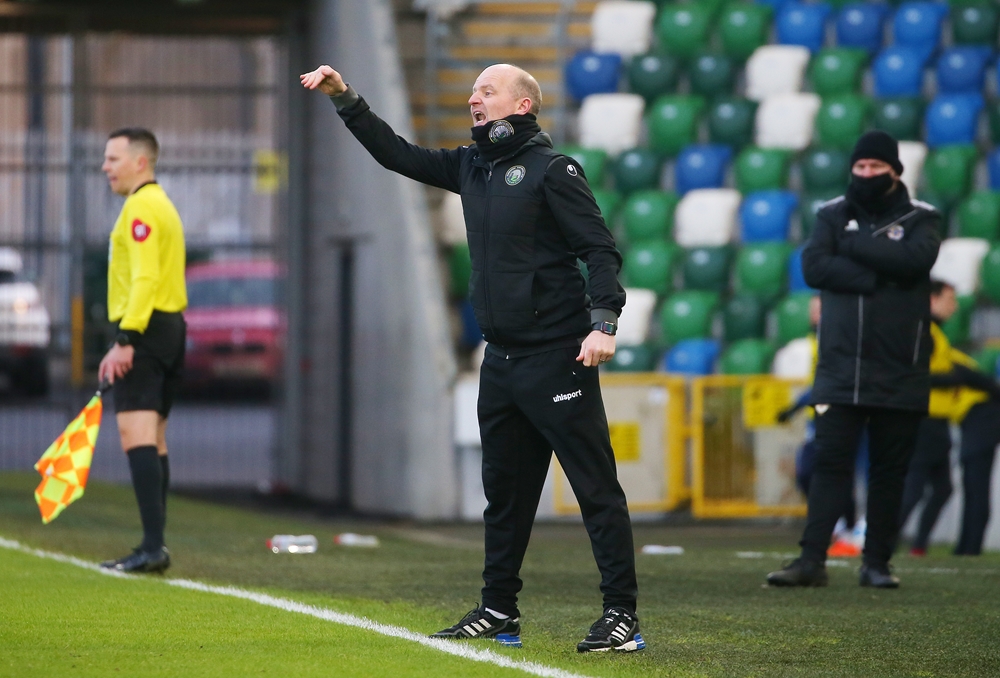 There are three all-Premiership clashes lined up too with top billing going to the meeting of Coleraine and Crusaders at The Showgrounds.

The Bannsiders have won both games so far this season on the Ballycastle Road, the most recent victory coming in March, but the Crues bring a six match unbeaten run into tonight's encounter, four of which have been away from home.

Ballymena United, losing finalists last season, will be hoping to make up for the disappointment of failing to secure a top six Premiership place with victory over Portadown on Warden Street.

The Sky Blues have won two out of the three head-to-heads with the Ports so far this term with the other, a scoreless draw, coming back in December.

However, does current form favour Portadown? Matt Tipton's side have won four out of their last five whilst United have only picked up a point over the same number of games.

Meanwhile, at Mourneview Park, Glenavon will also be striving to compensate for missing out on the top six by kicking off a cup run at Dungannon Swifts' expense. 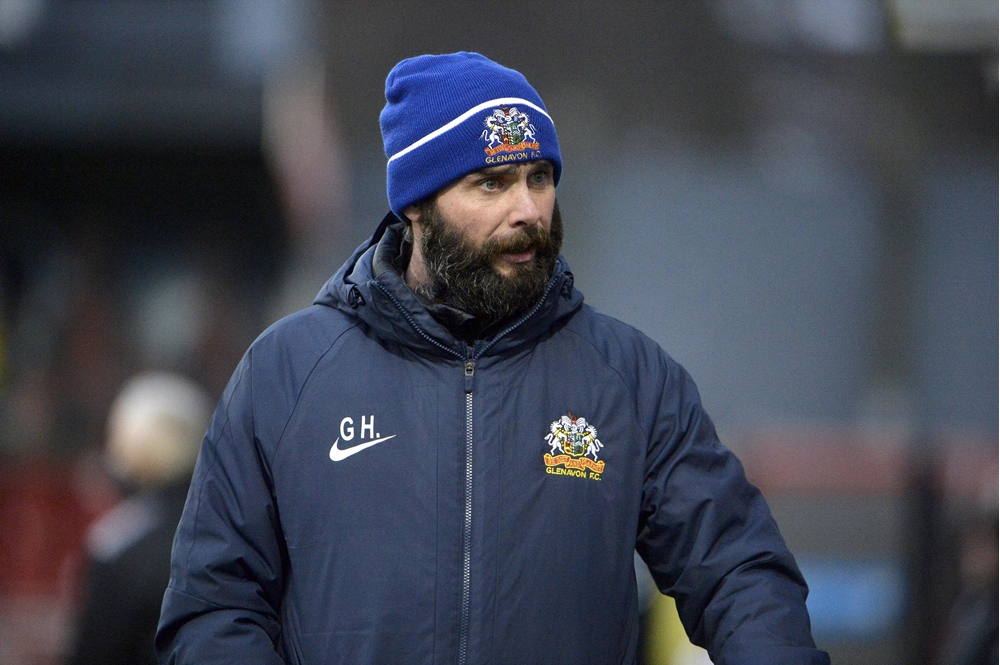 Gary Hamilton's side are unbeaten at home in nine whereas the Swifts, rooted to the bottom of the Premiership, have only picked up one win on the road all season and shipped four goals at Stangmore against the Lurgan Blues less than a month ago.

As well as the seven games this evening there are three more on Saturday. Ballinamallard United welcome Dergview to Ferney Park, Newington make the short trip across Belfast to face Knockbreda while Lakeview Park will see Loughgall host Banbridge Town.

Please note that in accordance with Rule 11, the Challenge Cup Committee has determined that matches in all rounds of this season’s Sadler’s Peaky Blinder Irish Cup, if resulting in a draw at the end of 90 minutes, shall be decided by the taking of kicks from the penalty mark in accordance with the conditions approved by the International FA Board with no extra time required. 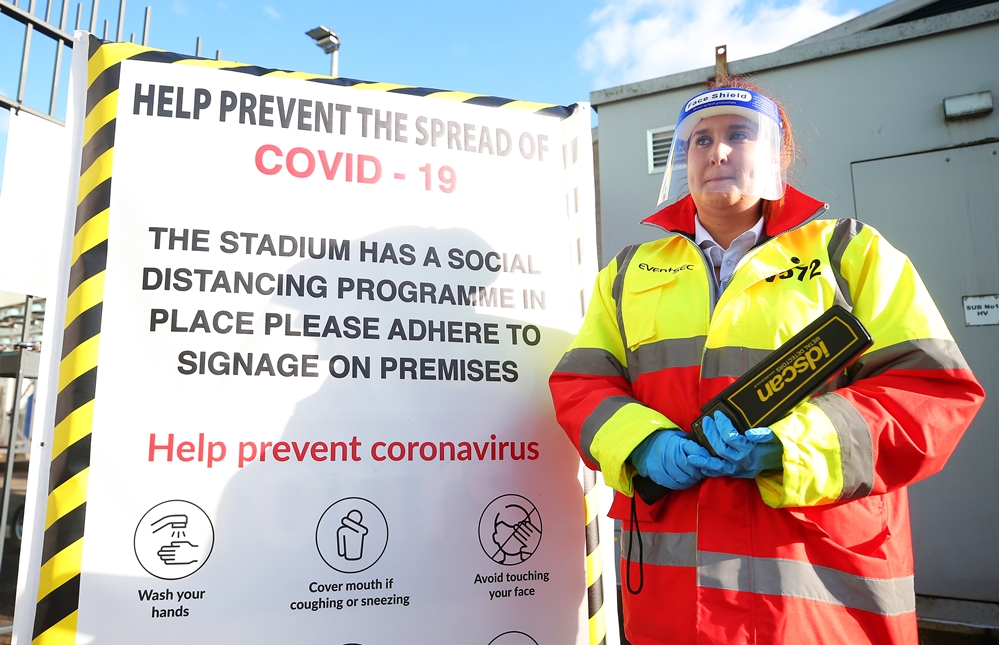 Each fixture in the round, as well as those in Round 2 and the quarter-finals, will have a member of staff from the Irish FA assigned to it to act as ‘Match Observers’ to monitor adherence to Irish Cup protocols and ensure the competition is delivered as safely and responsibly as possible.

The draw for the next round will be live on BBC Radio Ulster on Saturday afternoon.