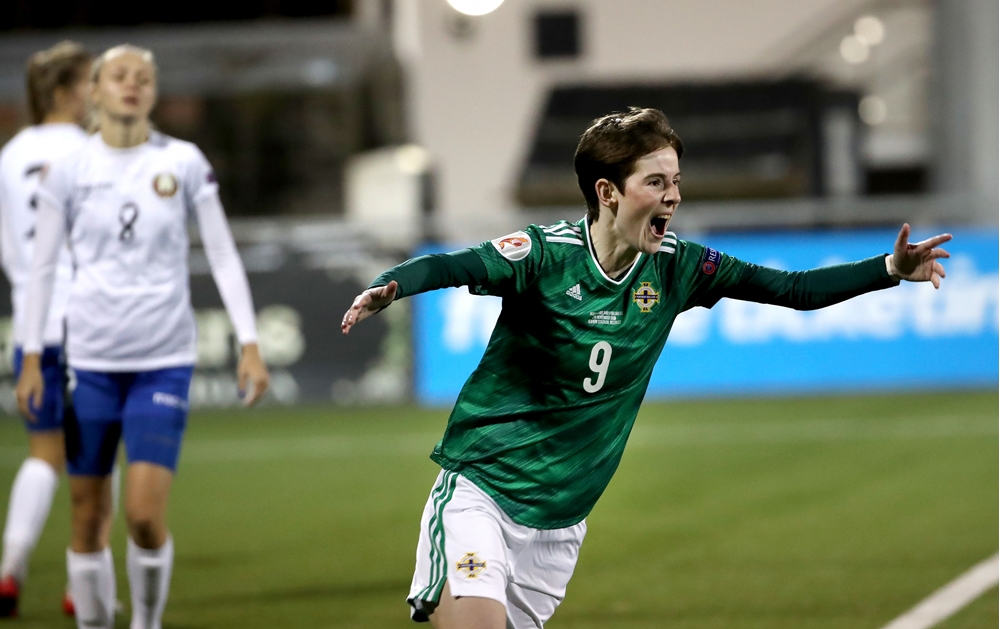 Although some regulars are unavailable due to work commitments or missing through injury, the manager has chosen a panel packed full of experienced players for the games in Ukraine on Friday 9 April and Belfast on Tuesday 13 April.

And he also welcomes back two players who have been out of contention for a considerable period of time due to injury – defender Laura Rafferty and defender/midfielder Emma McMaster.

Rafferty (below), who will be 25 later this month, already has 27 caps for her country. She won the last of them against Republic of Ireland Women in a World Cup qualifier in August 2018. 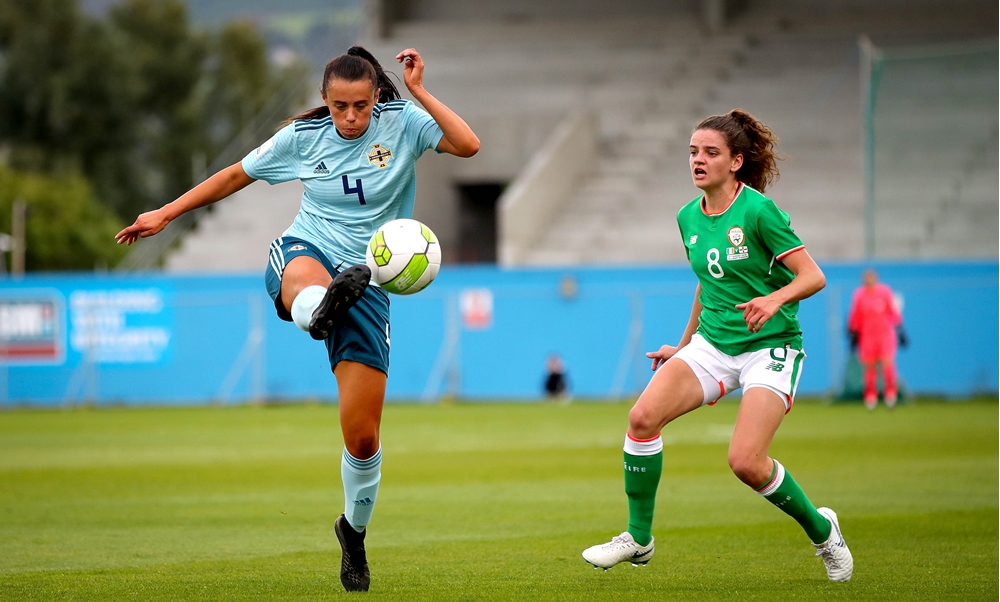 Since then she has been hampered by injuries – she ruptured a knee ligament in August 2019 – but is now fully fit.

The defender, who began her career at Chelsea, is currently on a season-long loan at Bristol City Women from parent club Brighton and Hove Albion Women, whom she joined in 2017. Both sides play in the top tier of the FA Women’s Super League.

Glentoran Women defender/midfielder Emma McMaster (below), who has six senior caps and was a star for Northern Ireland at underage level, sat out the bulk of the 2020 season after suffering a knee ligament injury but has now fully recovered following surgery last September.

McMaster (22), who made her senior debut in 2016, won the last of her senior caps at the Pinatar Cup tournament in Spain in March 2020. 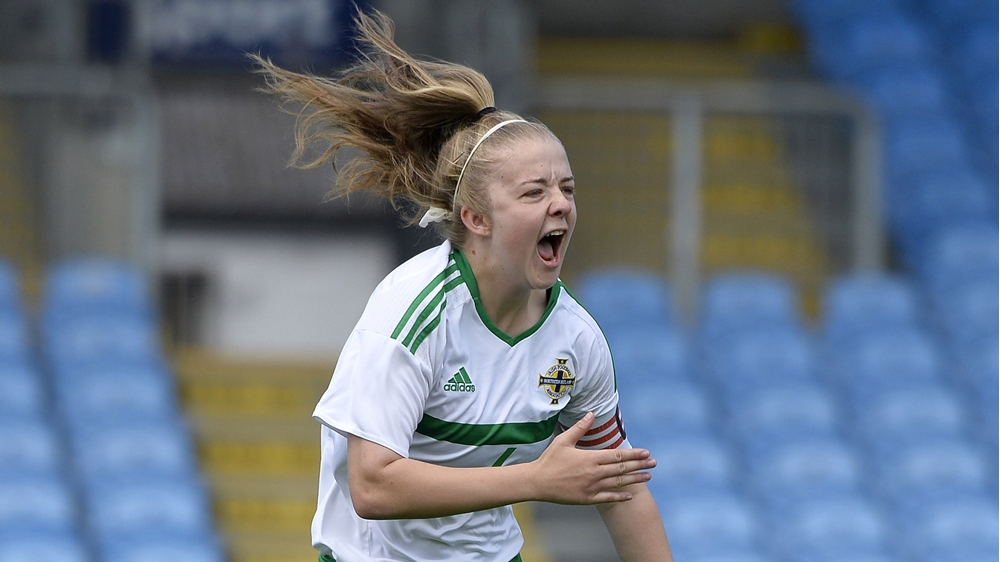 Retaining her place in the squad is Birmingham City Women defender Rebecca Holloway, who made her debut against England. Holloway is a regular for Birmingham in WSL 1.

Missing from the panel is Glentoran Women striker Lauren Wade, who earlier this week picked up an ankle injury in training that could keep her sidelined for a couple of months, while Rangers Women pair Demi Vance and Megan Bell, plus Glentoran Women forward Caragh Milligan, have long term injuries.

And Linfield Ladies defender Abbie Magee, who put in a fine display against England, is not available for the double header, nor is Kirsty McGuinness’s younger sister Caitlin.

Northern Ireland reached their first play-off for a major tournament when they pipped Wales to finish runners-up behind Norway in Qualifying Group C for UEFA Women’s Euro 2022. In the group they had four wins, two draws and two defeats.

The first of the two play-off games is being played at the Kolos Stadium, home of Ukraine Premier League club FC Kolos Kovalivka, some 60 miles from the capital Kiev. Kick-off time on 9 April is 17:00 GMT. 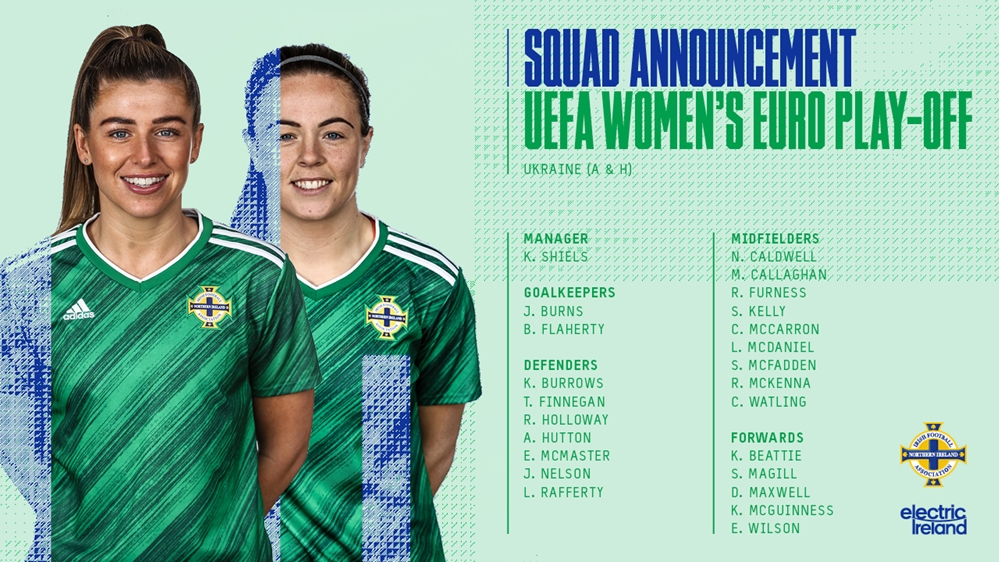