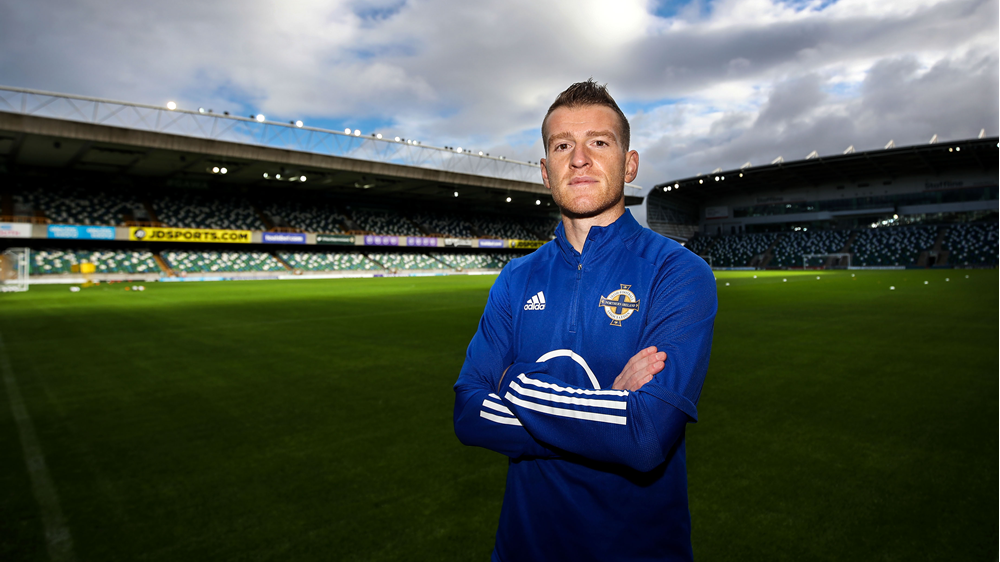 A stunning overhead kick by Steven Davis helped Rangers to a 2-0 Scottish Cup victory over Celtic at the weekend to keep alive their Double dream alive.

The Northern Ireland skipper sparked the game into life on just 10 minutes with his sublime finish to record his first goal in an Old Firm encounter since March 2011.

“Someone mentioned before the game that it had been quite a while since I scored in an Old Firm match, so I’m delighted to get one today,” Davis told RangersTV.

“It sat up nicely, I had a go, got a good connection and I wasn’t sure if I was offside at the time, but luckily it was an important goal for us.”

Defender Jonny Evans will be looking forward to his first ever FA Cup Final after Leicester City narrowly defeated Southampton 1-0 at Wembley on Sunday, while Michael McGovern was also celebrating following Norwich City’s automatic promotion back to the Premier League.

Meanwhile, Burnley goalkeeper Bailey Peacock-Farrell again deputised for the injured Nick Pope and produced a string of top class saves as the Clarets went down 3-1 to second-placed Manchester United at Old Trafford yesterday.

Kyle Lafferty (pictured) scored his seventh goal in a Kilmarnock shirt and also weighed in with an assist as Tommy Wright’s charges progressed to the last eight of the Scottish Cup with 3-1 win over Montrose.

Aberdeen winger Niall McGinn continued his excellent goalscoring form when he hit an exquisite second-half equaliser to force extra time against fellow Premiership side Livingston. The encounter eventually ended in a 2-2 draw with the Dons making it through to the Scottish Cup quarter-finals after winning 5-3 in the penalty shoot.

After the contest Aberdeen’s new boss Stephen Glass sung the praises of the Northern Ireland star who also provided an assist for this side’s second goal.

“Niall did well to stay on as long as he did because he’s not played that much football,” admitted Glass. “But when you put him in those positions and try to find a way of getting the ball into him, then he can make a real difference and he produced and unbelievable finish.”

In League One in England, Kyle Vassell gave visitors Fleetwood Town a first half lead at leaders Hull City, but Josh Magennis made the game all square with his 15th of the season with the Tigers eventually sealing all three points with a winner 20 minutes from time.

Seventeen-year-old Isaac Price retained his place in the Everton squad for the Premier League draw with Tottenham Hotspur. The central midfielder, who was called up into the first team by Carlo Ancelotti in midweek, was recently part of the Northern Ireland U19 training camp held by manager Gerard Lyttle.

Finally, there were also assists over the weekend for Accrington Stanley’s David Morgan and Caolan Lavery of League Two Walsall.