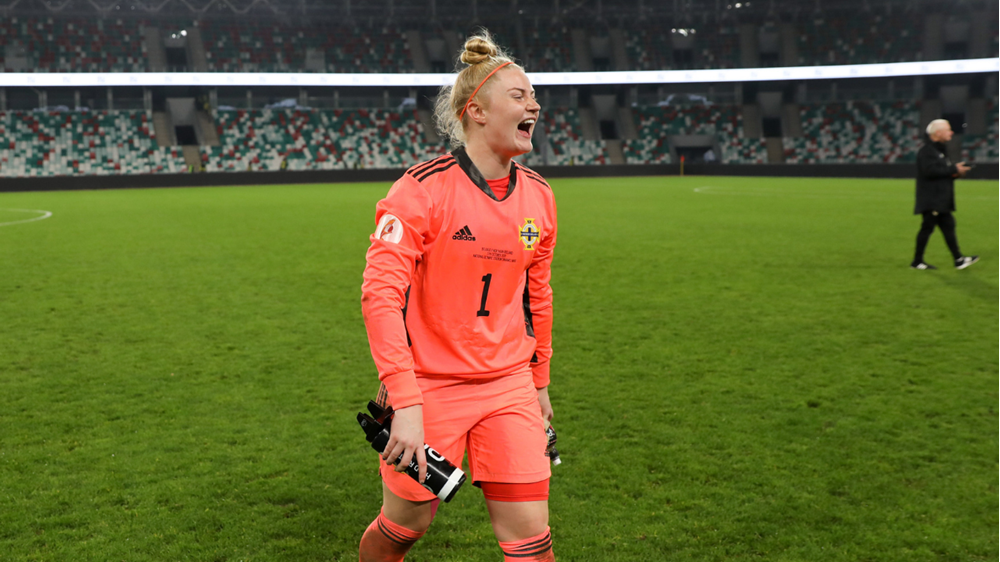 Northern Ireland goalkeeper Becky Flaherty has signed for Blackburn Rovers Ladies until the end of the season.

The 23-year-old stopper's move to the Lancashire club from Sheffield United was confirmed on Sunday morning. Flaherty made 13 appearances in goal over a 20-month spell at the Blades.

After a few injury setbacks, she returned to fitness to play her part in the international squad which qualified for the UEFA Women’s European Championships thanks to a memorable play-off victory over Ukraine.

"We had originally looked to secure the services of Becky back in January and so she has been on my radar for a while now.

"Having just returned home from the incredible Euro qualification for Northern Ireland, Becky will add experience and quality to our team and I am thrilled she has chosen Blackburn."