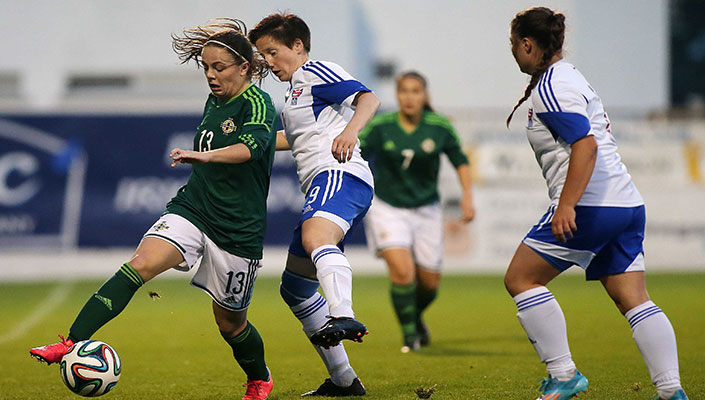 In their last meeting, Northern Ireland came way with a 3-0 win thanks to an early goal from Captain Julie Nelson and two from Avila Bergin.

And after that win, Magill believes the side can have confidence of gaining another three points, she said: "We've already beaten them and that was away from home so we can only take massive confidence out of that game and take it into Fridays game."

The Euro2017 qualifier takes place at Solitude in Belfast, kick off 7:30pm and is free entry to all!

To also hear more from the Everton Ladies striker about playing in the Women's Super League and scoring in her last international appearance against Italy, watch below.