Meet the team behind the team - Paul Walsh 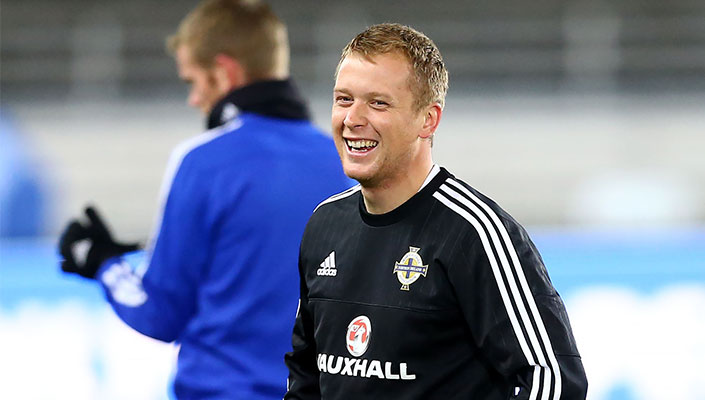 Michael O’Neill and his players have rightly received plenty of plaudits for reaching the European Championship Finals. But they would all agree the backroom staff also played a key role in helping Northern Ireland qualify for their first major tournament in 30 years – and will do so again in France during Euro 2016. Among the unsung heroes who make up the team behind the team is sports scientist Paul Walsh…

Paul, or Walshy as he is known to the squad, is one of two sports scientists who work with the Northern Ireland team.

Along with fellow sports scientist Dr Richard McCann he aims to ensure the players turn in peak performances.

Monitoring on-field training load and on-field preparation are key elements of Paul’s work with the team.

Both he and Richard also work on players’ fitness/conditioning and recovery interventions, while Richard concentrates on their readiness to train.

Paul’s monitoring of players in training involves putting a Statsports GPS unit on their backs and fitting them with heart rate monitors.

The sprint distance is anything above seven metres per second, which equates to 25.5 km per hour. And Paul can also measure overall top end speeds. Not surprisingly, Niall McGinn, Jamie Ward and Stuart Dallas are the faster players in the Northern Ireland squad.

In the run-up to international matches each training session has a different flavour to it – and Paul produces separate reports for each player.

The training philosophy is based around using technical and tactical drills to both improve the technical and physical condition of the players. The manager and coaching staff put a major emphasis on keeping a high intensity in training sessions. The use of the GPS allows Paul to help plan sessions with the coaches to manipulate the volume and intensity of the drills to elicit the desired stimulus.

In the early stages of the week running up to a game Paul and Richard will use the GPS metrics to ensure players have hit the required volumes and intensities planned by the coaches.

During the week Paul will use the same volume and intensity metrics to ensure players get a sufficient stimulus to high speed running and accelerations and decelerations. In the later stages of the week a suitable reduction in training volume is applied to allow the player to peak for game day.

Both Paul and Richard say the key to a good recovery is keeping the players nice and relaxed. They aim for 48-hour recovery periods which are free of high intensity workouts.

After graduating with a degree in Sports and Exercise Science from the University of Limerick, Paul initially worked for GPS player tracking and analysis specialist Statsports.

During his time with that company he worked with Palermo FC in Italy as well as with the Waikato Chiefs rugby team in New Zealand and the Ulster and Leinster rugby teams.

He has worked with Richard McCann in the Northern Ireland set-up for three years.

For the past two seasons Paul has been first team sports scientist with Premier League side Sunderland.

The 27-year-old has also played in the League of Ireland with Waterford, Limerick and Dundalk.