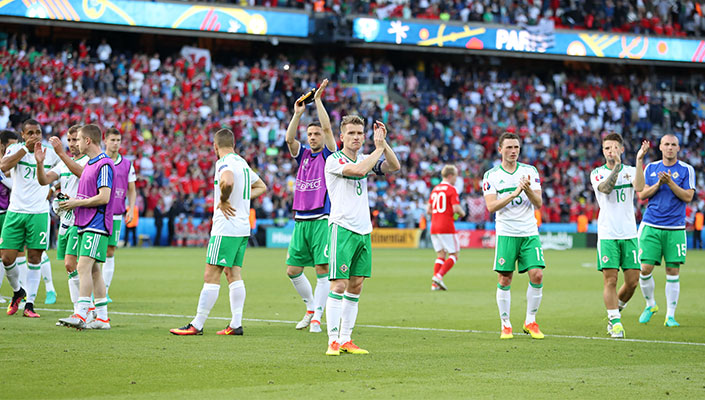 Northern Ireland couldn’t make it to the UEFA Euro2016 quarter finals as they lost 1-0 to Wales at the Parc des Princes in Paris.

In a tight affair, it was only a Gareth McAuley own goal that separated the sides in the cruellest of ways as he turned in a Gareth Bale cross.

It was Northern Ireland who had the opening chance of the game with a break away as Jamie Ward laid inside to Oliver Norwood who in turn passed onto Stuart Dallas whose effort was well saved by Wales keeper Wayne Hennessey.

The next big moment fell to Wales as Sam Vokes knocked down a cross to Aaron Ramsey who guided it in but the linesman flag was up for offside.

22 minutes gone and Ward was again the action as his effort from outside the area was tipped over by Hennessey.

Both sides had their near chances but neither able to test Hennessey or Northern Ireland keeper Michael McGovern as the half time whistle went.

The first chance of the second half came from the head of Wales striker Sam Vokes whose header went wide of McGovern’s left hand post.

After 58 minutes, Gareth Bale had his chance to test McGovern from a dead ball situation but the Northern Ireland stopper got down low to his left to palm the effort away.

The tension would build inside the Parc des Princes and it was broken on 75 minutes. Bale crossed towards Wales substitute Hal Robson Kanu but Northern Ireland defender Gareth McAuley could only send the cross into his own net to give Wales the lead.

Michael O’Neill would throw attacking options on with Niall McGinn and Josh Magennis entering the action in the latter stages.

As Northern Ireland pushed for an equaliser they couldn’t find the breakthrough and instead it would be heartbreak for Michael O’Neill’s side.

Northern Ireland will look back with pride on their achievement in reaching the tournament, making it to the round of 16 and catching the attention of a nation with their passionate displays. It’s a team that Northern Ireland can be proud of. 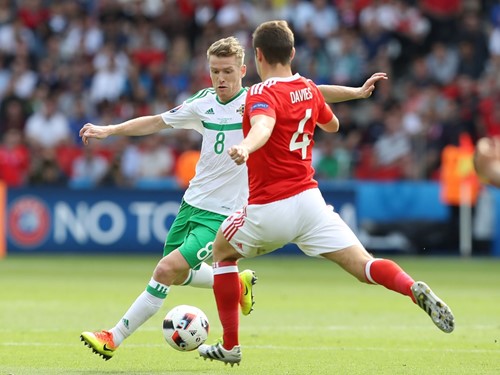 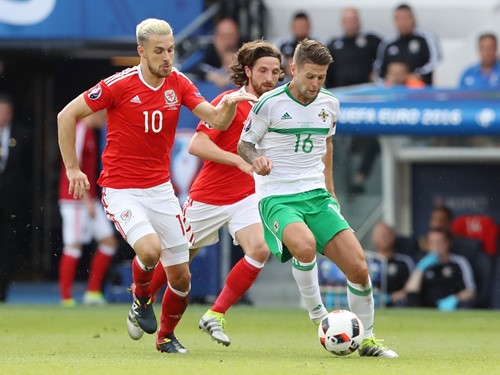 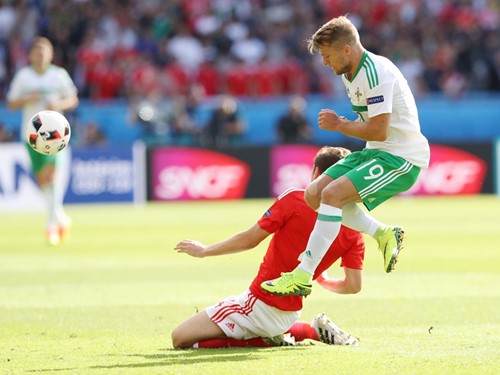 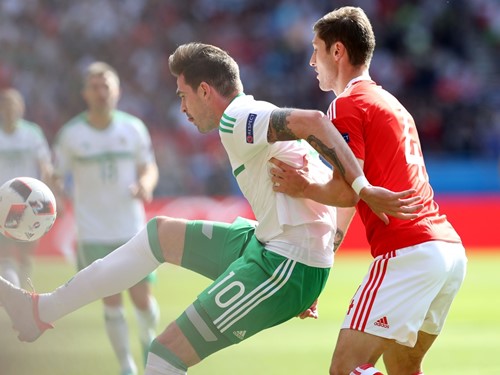 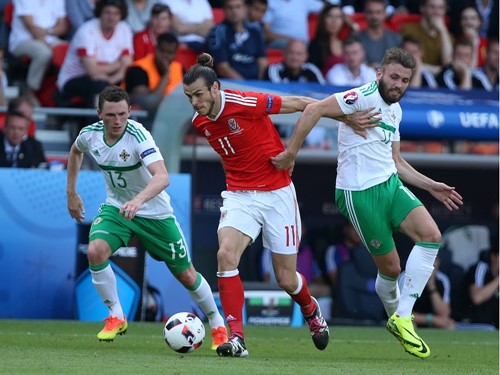 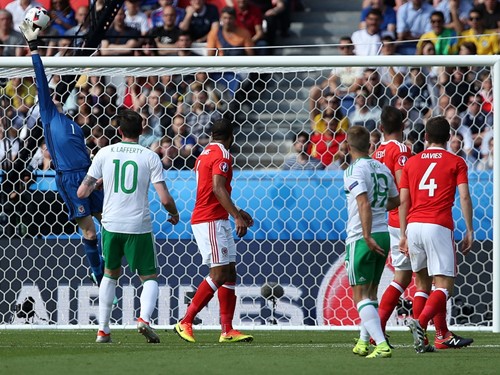 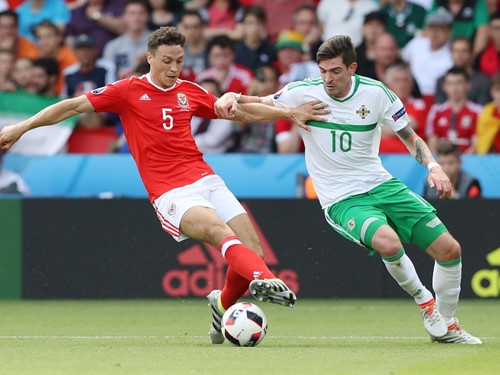 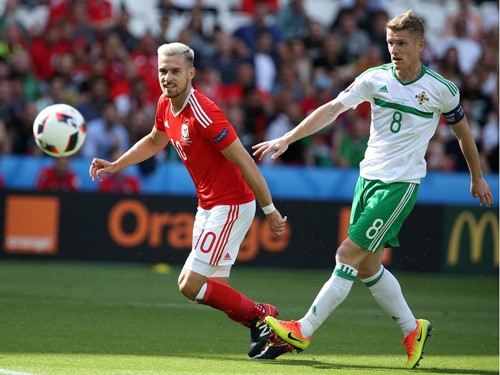 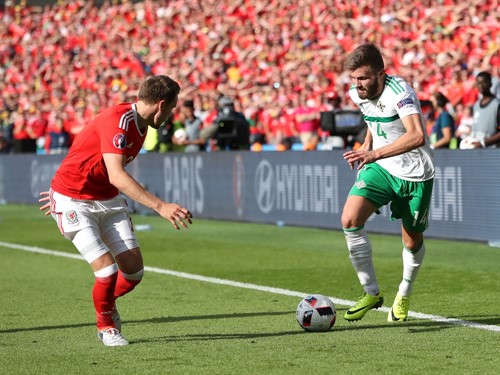 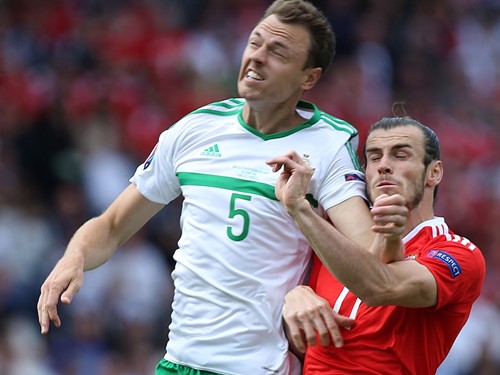 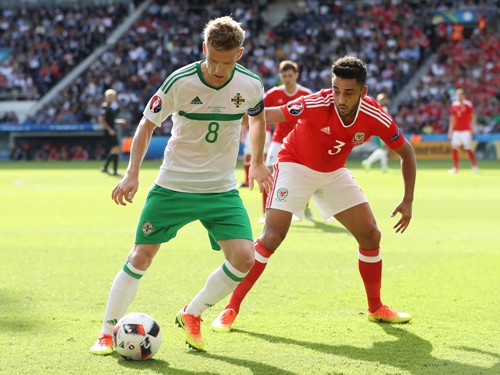 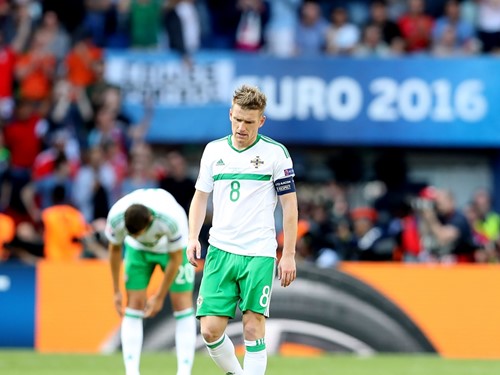 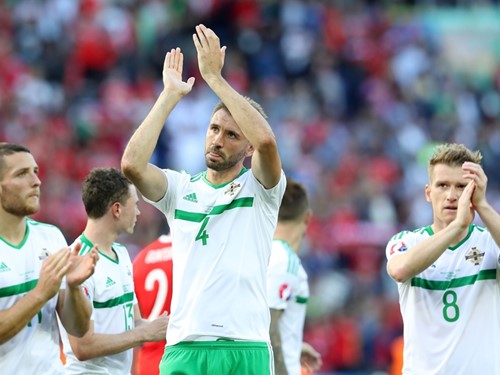 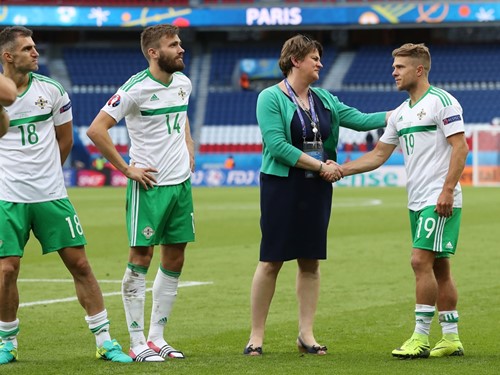 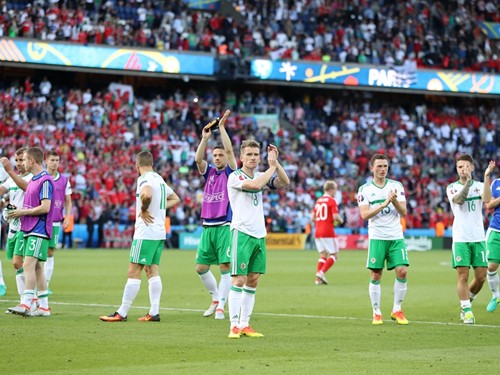 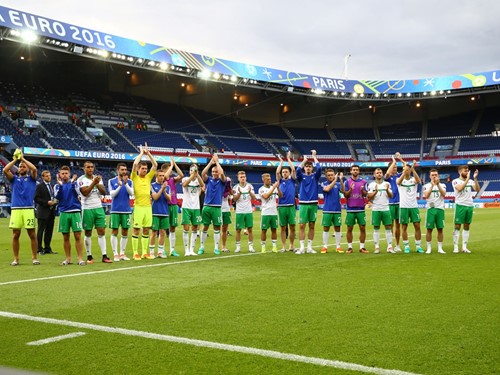