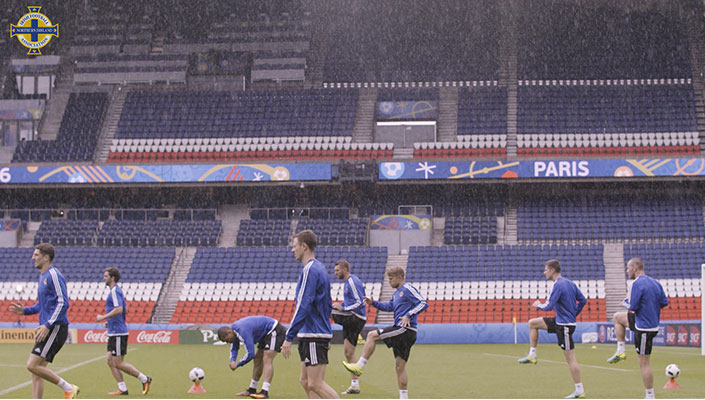 Manager Michael O'Neill believes his side can create a night to remember as they prepare to face World Champions Germany at the Parc des Princes on June 21.

Northern Ireland come into their final Group C game on the back of a 2-0 win against Ukraine and will want to avoid defeat to help them get nearer to a spot in the round of 16.

When asked about the proposition of facing Germany and the hopes going forward in UEFA Euro2016, O'Neill said: "We believe we can hurt Germany. We have proved in the past we are a good counter attacking team...no team is flawless.

"We don't have an arrogance about us, we're fairly humble and an hardworking team but a team that has goals of our own. Hopefully tomorrow night with the level of performance we can win some more friends and have further participation in the tournament."

To hear more from the manager and Captain Steven Davis, watch below.