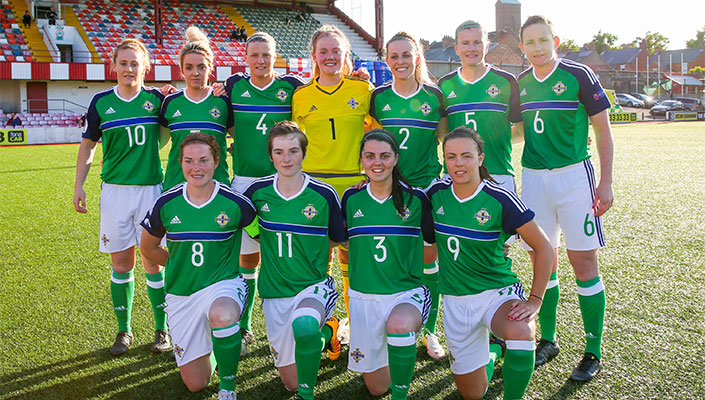 Northern Ireland couldn’t make it back to back victories in the UEFA Women European Championship qualifiers after they lost 3-0 at the Stadion Strelnice against the Czech Republic.

A 3rd minute goal from Vonkova put the hosts ahead before strikes either side of half time from Cahynova and Bartonova sealed the three points for the hosts.

After their 4-0 win against Georgia on Friday night, Northern Ireland went into their group six clash knowing three points would take them to third with a game in hand over their Czech opponents.

Those thoughts quickly changed when after 3 minutes Vonkova scored with the first chance of the game.

Czech Republic hit the woodwork but wouldn’t be denied a second before half time. It would be another assist from Sedlackova but this time found Cahynova to score after 34 minutes.

After half time, Northern Ireland had their best chance to get back into the game but Laura Rafferty’s effort couldn’t find the target.

Northern Ireland stay fourth in group six, three points behind the Czech Republic with a game in hand.