Both sides got off to a promising start with Niall McGinn having the first effort of note after a couple of minutes only to drag the ball wide at the back post from a Stuart Dallas long throw while, for the visitors, Mattias Käit headed the wrong side of the upright after connecting with a corner from the right.

Dallas and McGinn combined again on 12 minutes down the right flank before the former delivered the ball into the path of Paddy McNair, but the midfielder sees his cross into the box easily claimed at his near post by keeper Sergei Lepmets

Northern Ireland continued to create, with George Saville firing a free-kick straight at the wall after a quarter-of-an-hour before McNair, with perhaps the chance of the first half, headed over from close range after Jordan Jones found him with a cross.

Michael O'Neill's side then had penalty appeals waved away just before the half-hour mark when Jamal Lewis went down under the challenge of Nikita Baranov but Croatian referee Ivan Bebek wasn't convinced and waved play on.

Then, not long after that, McGinn whipped in a superb cross for Craig Cathcart but his header was easily dealt with by Lepmets.

Another opening followed a few minutes before the break, with this time Jones pulling an attempt wide after McNair flicked on a Dallas throw.

With no changes to either camp at the break, the chances for Northern Ireland continued with McGinn seeing an early thumping shot blocked.

However, the breakthrough the home crowd craved eventually arrived four minutes before the hour. Kyle Lafferty played a large part in the goal, laying off a Jones cross into the path of McGinn who duly directed the ball past Lepmets from around 15 yards out.

It could have been 2-0 on 64 minutes. Another excellent Jones delivery evaded the Estonian keeper but McNair, almost unnoticed, crept in only to just fail to divert the header into the net from close range.

But the visitors posed a threat of their own soon after when skipper Karol Mets delivered a dangerous corner for Käit but he could only smash the ball over at the far post.

Northern Ireland's insurance goal arrived with a quarter-of-an-hour remaining. Mets was adjudged to have used high feet on Saville prompting the referee to point to the spot on this occasion with captain Steven Davis duly stepping up to clinically fire his 12th international goal past Lepmets.

Not content with just two goals, Northern Ireland pushed for a third.

Saville fired straight at Lepmets on 83 minutes from a McNair pass, followed swiftly by a powerful Josh Magennis drive who then tried his luck from 25-yards not long after that.

But, in the end, those earlier strikes from McGinn and Davis proved more than enough to kick off the campaign on a winning note.

Elsewhere in the group, the Netherlands swept to a four-goal defeat of Belarus in Rotterdam. 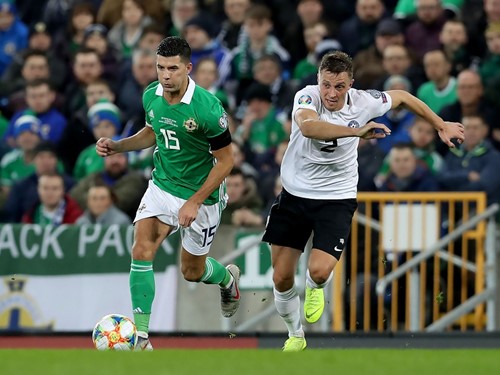 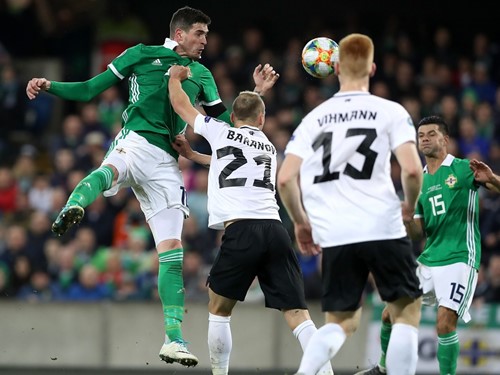 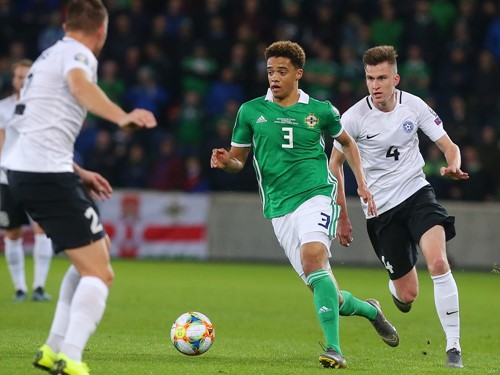 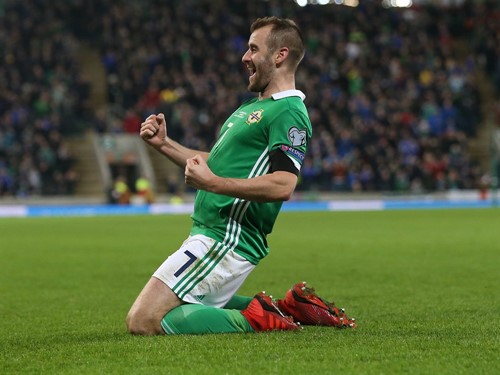 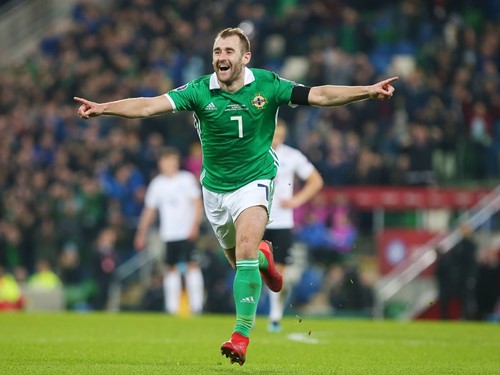 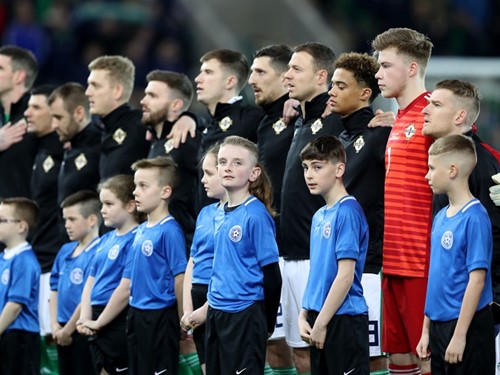 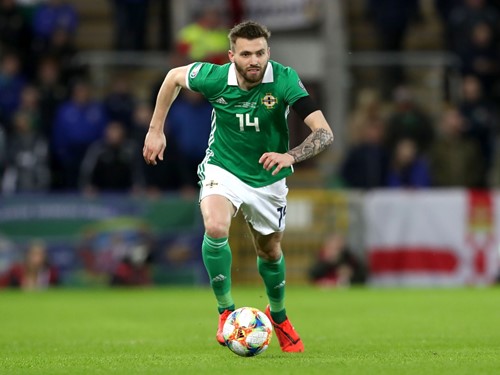 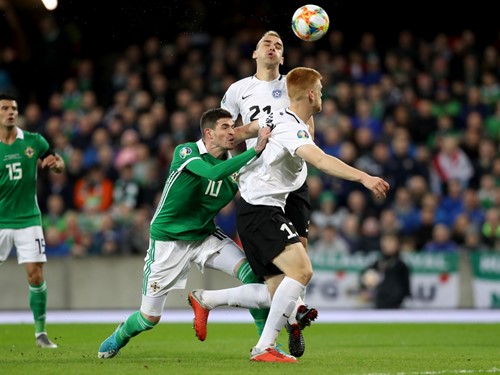 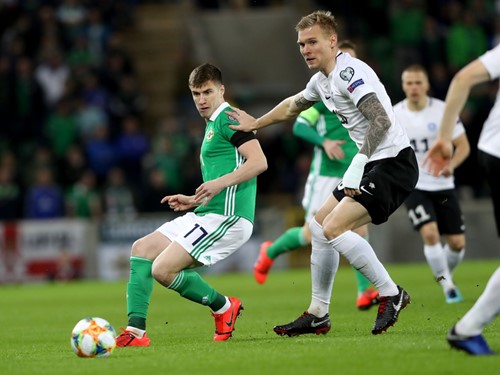 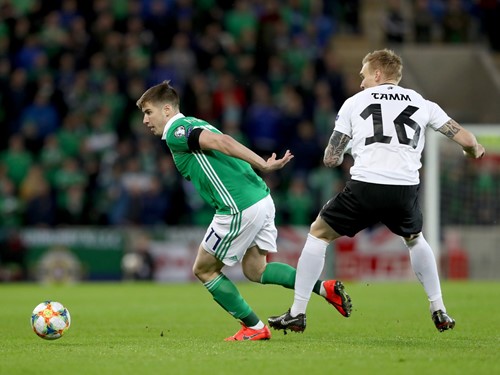