Striker looks ahead to cup ties 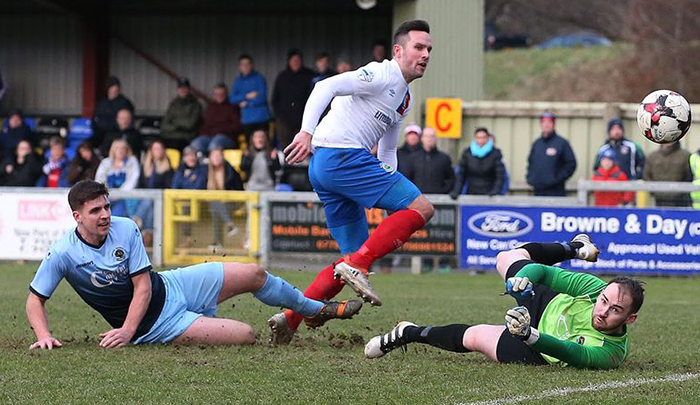 Linfield striker Andy Waterworth knows all about the highs and lows of the Tennent’s Irish Cup. At Glentoran he was part of the team that were beaten at the hands of lowly Newington in 2012, but was then part of the side that won the competition the very next season.

That summer he moved across town to Big Two rivals Linfield where he set his sights on helping the South Belfast club add to their record 42 cup wins. Last season the Blues reached the final but lost out to Glenavon. This year they are aiming to go one better and having dispatched Institute in the sixth round, Waterworth is now relishing the challenge of taking on Crusaders at Seaview in the quarter-finals.

He said: “They are a great side. They are top of the league - we know their quality as they have been champions the past two years in a row. We will go into the Irish Cup game as underdogs and you don’t often say that about a Linfield team. Having said that we have beaten them down there and drawn with them at Windsor. It will be a real challenge, but is one that we are really looking forward to.”

Before that Linfield take on the Crues in another massive game. The two meet in the County Antrim Shield Final tomorrow night at Ballymena Showgrounds.

Waterworth said: “Maybe years ago we wouldn’t have seen the County Antrim Shield as the biggest priority but winning this year would be huge for us. It would give us a big psychological lift for the rest of the season. It is going to be the first of a series of big games between us. It’s going to be massive.”

A massive game for a big match player. He’s scored in his past five games for Linfield and no-one will be surprised if he adds to that tally in Ballymena.