Six teams battle it out in inaugural tournament 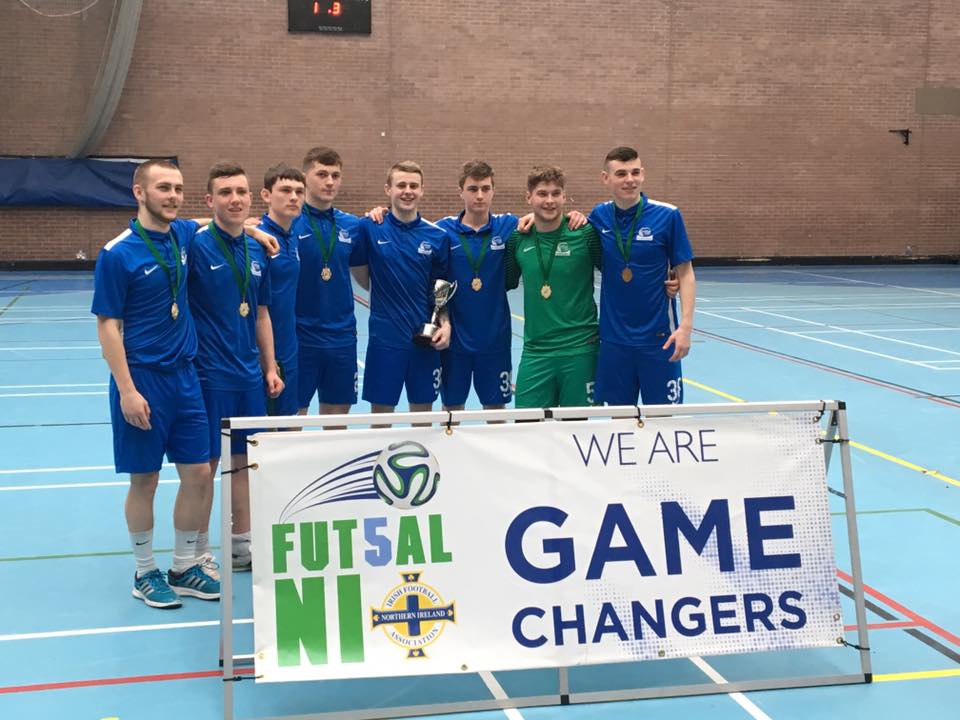 They secured the trophy with a narrow 2-1 victory in the final over a South Eastern Regional College team.

Lisburn Leisureplex was the venue for the event, which featured six teams – two from Belfast Met, two from SERC’s Lisburn campus and two from Northern Regional College (Magherafelt and Coleraine campuses).

The teams took part in round-robin matches before Belfast Met 1 and SERC 2 eventually met in the decider.

In the final Jake McLarnon scored both goals for Belfast Met, while Andy Mooney replied for SERC.

Jonathan Michael, the senior Northern Ireland futsal team manager, said he was extremely impressed with the quality of the players on display.

As part of the Irish FA’s Let Them Play youth football strategy and the Game Changer futsal strategy, the sport of futsal is being delivered throughout Northern Ireland in schools, colleges, universities and clubs.

The growth of the sport has been massive in the past 12 months and the Irish FA has set a target of having 7,000 participants involved in futsal programmes by the end of 2017.