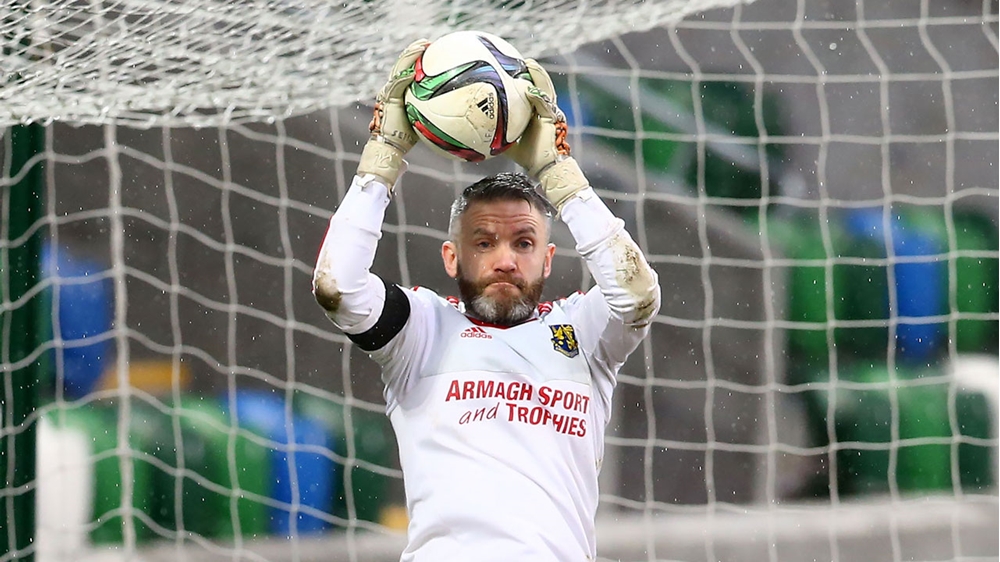 Armagh City FC goalkeeper John Connolly is used to the big stage in the Tennent's Irish Cup but hopes to be on the right side of the result come Saturday evening.

Connolly has been part of two Irish Cup final squads, firstly in 2009 in the Cliftonville side that lost to Crusaders and then he missed out through injury when Glenavon lifted the cup in 2014.

Now he wants to have fresh, positive memories to banish his previous experiences of the Irish Cup as the NIFL Championship side take on his former club and current Tennent's Irish Cup holders Glenavon.

He said: "Irish Cup memories haven't been too good to be honest with you.

"I played in the 2009 cup final with Cliftonville against Crusaders, a big Belfast derby, but unfortunately on the day we lost. Then I was at Glenavon but missed out on that with a broken leg so I have mixed emotions. Obviously it's a big day in the sporting calendar of Northern Ireland.

"It's a great competition and one that everyone wants to play in and looks forward to. It's the best cup competition you can play in and with the club getting a home tie against a Premiership club it's a tie we will look forward to."

To hear more from Connolly and Armagh City FC manager Marty Rice watch the video above.