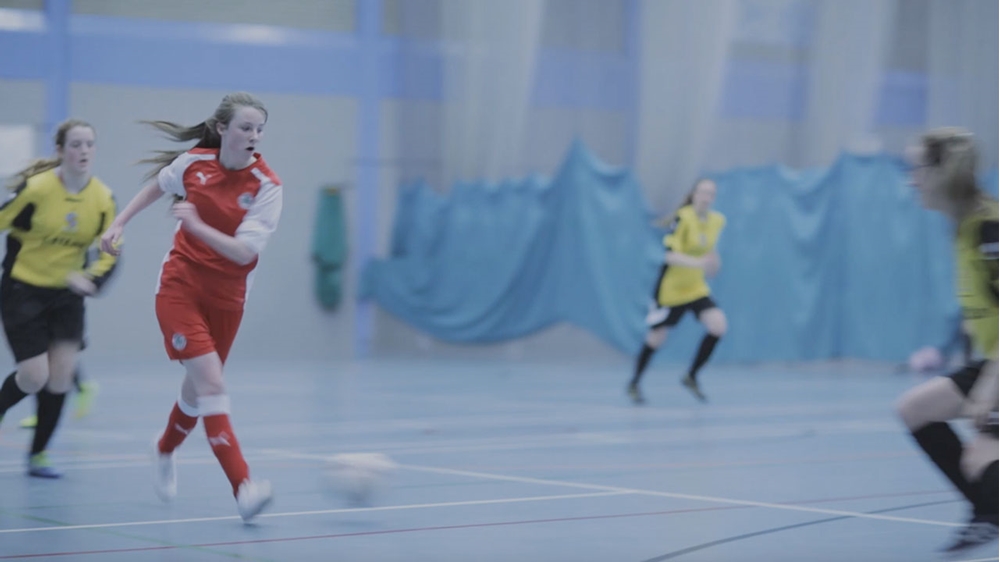 Fourteen clubs have been helping the Irish Football Association to develop girls’ futsal across Northern Ireland.

And the development section for under-9, under-11 and U13 players proved to be a great success.

At the Mid-Ulster Sports Arena in Cookstown young players from Sion Swifts and Mid-Ulster Ladies were given the opportunity to be coached and to play the game.

She said: “Girls’ futsal has been ongoing now for several years with our girls participating in the matches each week. It is a great programme for teams to develop and take part in a fun environment as no scores are kept.

“I have seen ongoing improvement in my girls’ abilities, with their game awareness and skills developing each week. Their confidence on the ball has improved, with futsal becoming a big part of our wider training. It will definitely help long term towards preparations for the girls playing in small-sided games programmes.”

The futsal programme is delivered as part of the Irish FA’s Let Them Play strategy and the Futsal Strategy. Youth development is a key part of the player pathway to improve tactical and technical ability within the girls’ game.

Futsal, for those who are new to it, is FIFA’s only official five-a-side game. In Northern Ireland the game is still relatively new but in countries like Brazil, Spain and Portugal the game is professional and has helped produce some of the world’s biggest football stars.

The sessions in Cookstown and Belfast allowed the various clubs to bring along squads of girls who got to play on a futsal pitch – there are no rebound boards - with a ball that is designed to promote skills and improvisation.

They also provided an opportunity for teams to experience the game while participating in an Irish FA competition structure.

The association’s female futsal development work in Northern Ireland also includes leagues for teams at under-15, under-17 and senior levels.

Watch the video above to see how futsal for women and girls is developing in Northern Ireland.