Northern Ireland strolled to a thumping five-goal victory over Faroe Islands in their latest Women's U19 Euro 2022 qualifier at Inver Park.

It was a welcome return to form for Alfie Wylie's side following Wednesday's disappointing draw with Malta and fires them to the top of the League B Group One four-team mini tournament. In today's other game, at Seaview, Malta got the better of Azerbaijan by the odd goal in three.

A bright and promising start from Northern Ireland paid immediate dividends when, on seven minutes, Kathryn Dickson opened the scoring when she brought the ball down well from a throw-in and unleashed a superbly struck right-foot effort past the keeper from just outside the area.

Ellie-Mae Dickson might have added a second soon after but her shot from outside the area was just about turned away for a corner while, moments after that, Tierna Bell sent a ball into the box which Shona Davis glanced just over.

The Faroes came within a whisker of levelling with just over a quarter-of-an-hour on the clock after Anitha Á Dalinum sent the ball against the post with a downward header from a corner.

But Northern Ireland extended their advantage on 20 minutes through Eve Reilly. She won possession on the left side of the area, brought the ball along the touchline and cleverly dinked the ball over keeper Eyðbjørg Reynslág from an acute angle.

And Reilly doubled her tally just five minutes after that, this time rising highest to get her head to an Ella Haughey cross from wide on the left.

Number four then arrived just before the half-hour mark when Davis got her name on the scoresheet. A short corner from the right was brought into the box by Ellie-Mae Dickson who cut it back for Kathryn Dickson to nod against the crossbar - and  Davis was on hand to pounce on the loose ball.

Not content with that, Wylie's charges continued to press and came close to adding to their lead before the break when both Ellie-Mae Dickson and Helen Parker had decent efforts.

The scoring resumed 10 minutes into the second half. Kathryn Dickson was brought down 20 yards from goal and from the resulting free-kick captain Fionnula Morgan unleashed a tremendous shot that fizzed over the wall and entered the net off the underside of the bar.

With the game well and truly over as a contest it afforded Wylie the luxury to make a number of substitutions, and it was one of those subs who almost grabbed a sixth goal. Erin Montgomery came within inches of scoring with a well struck right-foot effort from the edge of the area which dropped onto the roof of the net.

However, it made no difference to the outcome and to what was a comprehensive and confidence building victory for the Women's Under-19s.

Afterwards Wylie said: "I was delighted with the result and the performance. I was really pleased at how we responded after drawing our opening game when we perhaps did not get the breaks that we deserved."

He also said the WU19s will be going all out for victory in their final game in the mini tournament, which is on Tuesday afternoon against Azerbaijan, again at Inver Park with a 2 o'clock kick-off.

Their aim will be to win the group by outscoring Malta, who also have four points after two games. The Maltese play their final game on Tuesday as well. They will be up against Faroe Islands at Seaview (2pm). 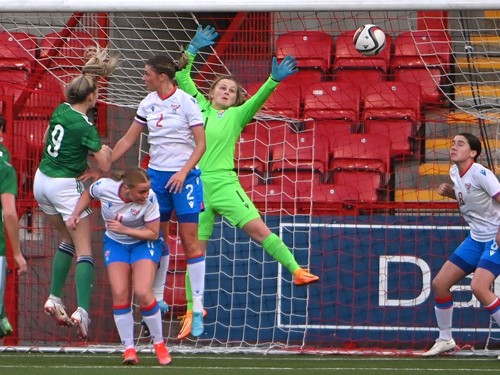 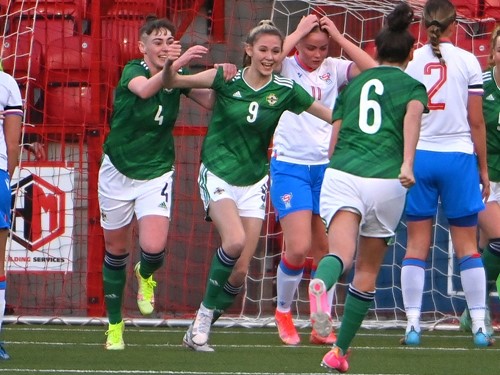 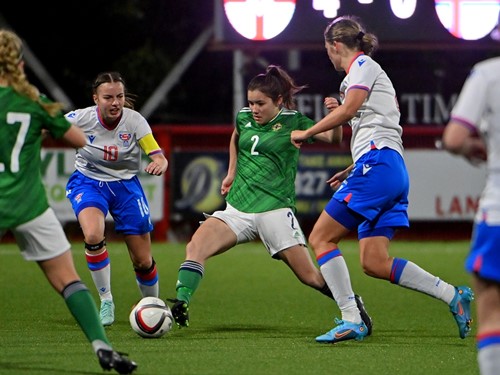 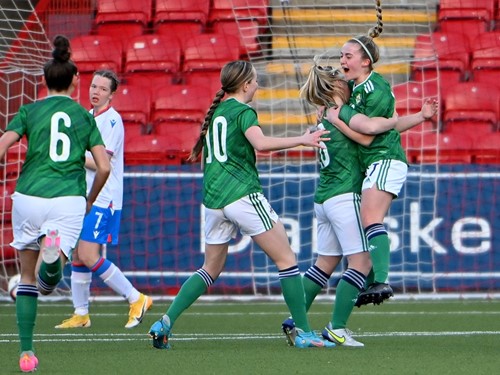 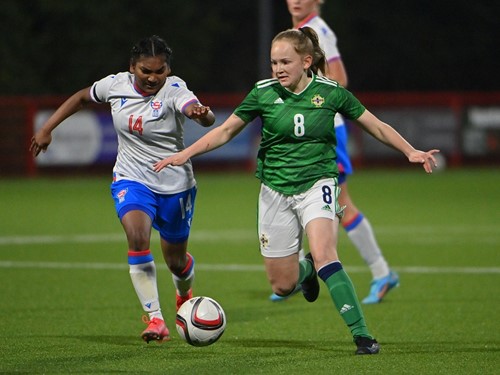 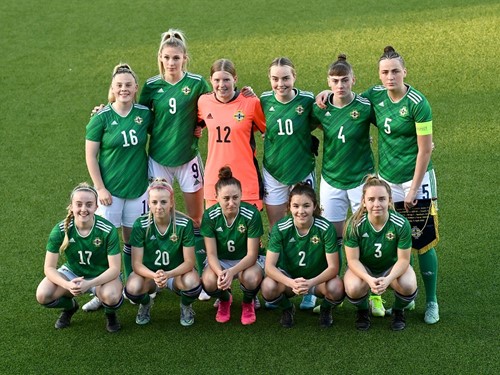 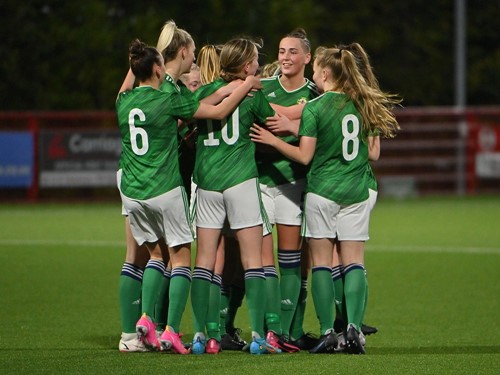 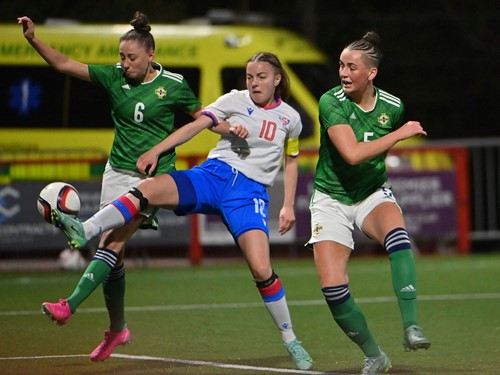 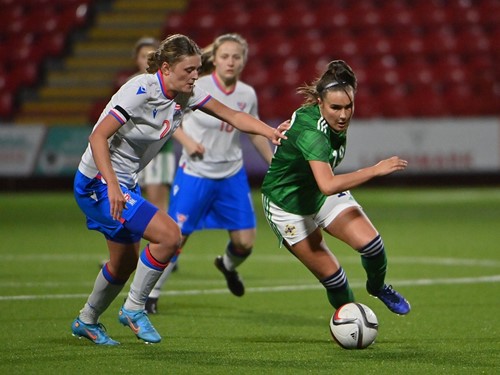 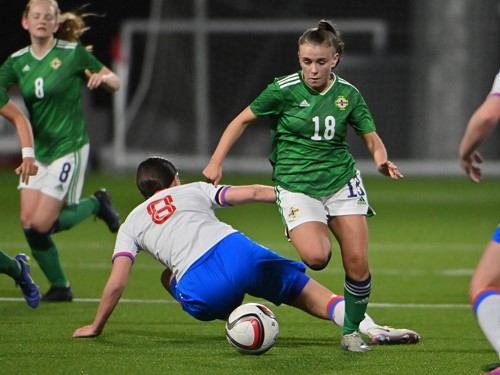 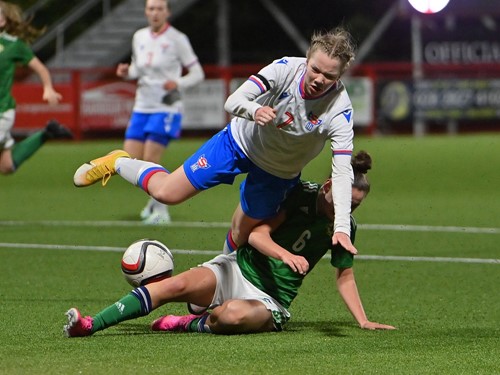