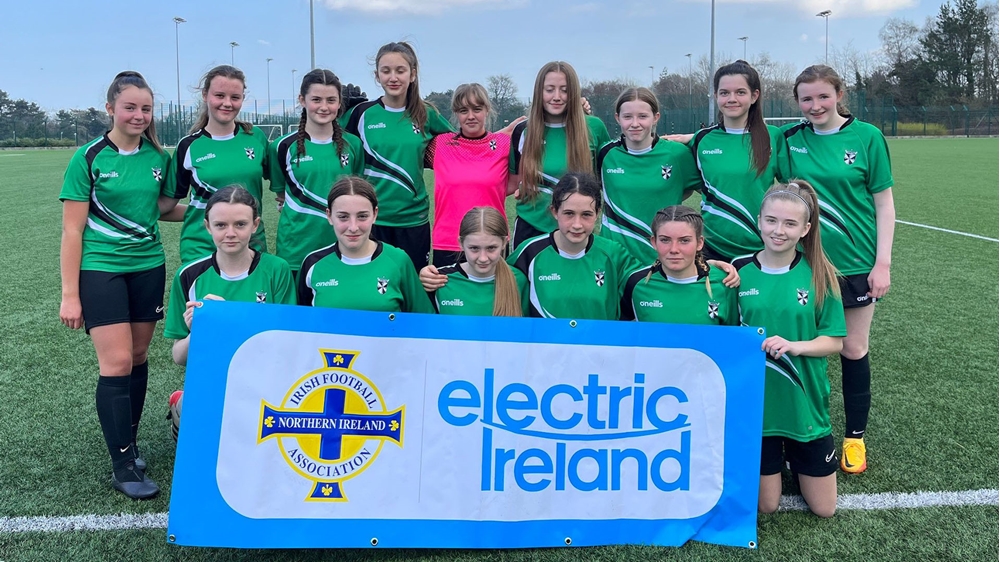 It’s a finals day with some fascinating sub-plots. Dominican College and Mercy College will be looking to do a north Belfast double, while Holy Cross College will be aiming to secure a double of their own.

In addition Mercy College arrive in their final as defending champions, while Dominican College are looking to cap off an incredible debut season in the junior competition.

Dominican have certainly proved themselves worthy of their place in the decider after defeating strong opposition along the way, including Bangor Academy in the quarter-finals and Newbridge Integrated in the semi-finals.

The north Belfast school are coached by teacher Jessica Foy, who just happens to be a Northern Ireland international and captain of Glentoran Women.

Jessica said: “We are delighted to have reached the final. The girls have been training hard since September, so this is a just reward for all their hard work.

“Of course with it being our first year in the competition there is the element of nerves, however there is a real feeling of excitement throughout the school for the final. Our girls play regularly with clubs from across Belfast, so it is lovely to watch them all come together to play for their school team. It is set to be a fantastic day for girls’ football.”

The north Belfast school has seen an increase in girls’ participation in extra-curricular football, with over 70 girls taking part in training. “In general girls’ and women’s football has developed and grown over the last two to three years, and we hope to continue to grow that interest and enjoyment in girls’ football in our school,” added Jessica.

The teams at Holy Cross in Strabane are coached by Gerald Boyle, who is also the main coach for the Northern Ireland Junior international team managed by Harry McConkey.

“We just want to give the girls the chance to play,” he said modestly ahead of the tilt at double glory.

A school that knows all about success are Mercy College, who will be going all out to retain the senior trophy at the home of Moyola Park FC tomorrow.

Coach Seadna Billings, however, is wary of the opposition. “There are no easy games at this stage of the competition and we know we have a big challenge in front of us,” he said.

Image: Dominican College have reached the Electric Ireland Schools’ Junior Cup final in their debut season in the competition. 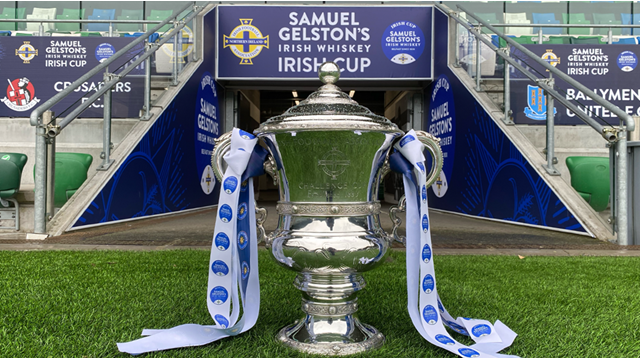