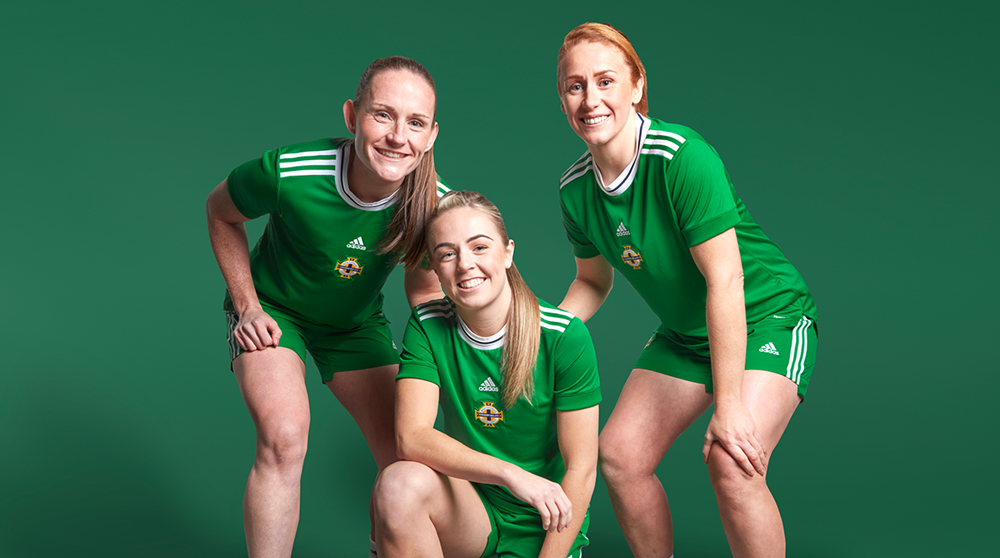 Adidas has created a brand new kit for the Northern Ireland senior women’s team to wear at UEFA Women’s Euro 2022 this summer.

Available to pre-order on the JD website from today, it is among five new kits that will be worn by nations competing at the biggest European women’s sport event in history.

Belgium, Germany, Spain and Sweden will also be donning adidas kits at the tournament in England in July.

Each of the kits has a focus on performance and sustainability, with a consistent design approach that focuses on enabling players to be the best versions of themselves while proudly wearing the colours of their nation. 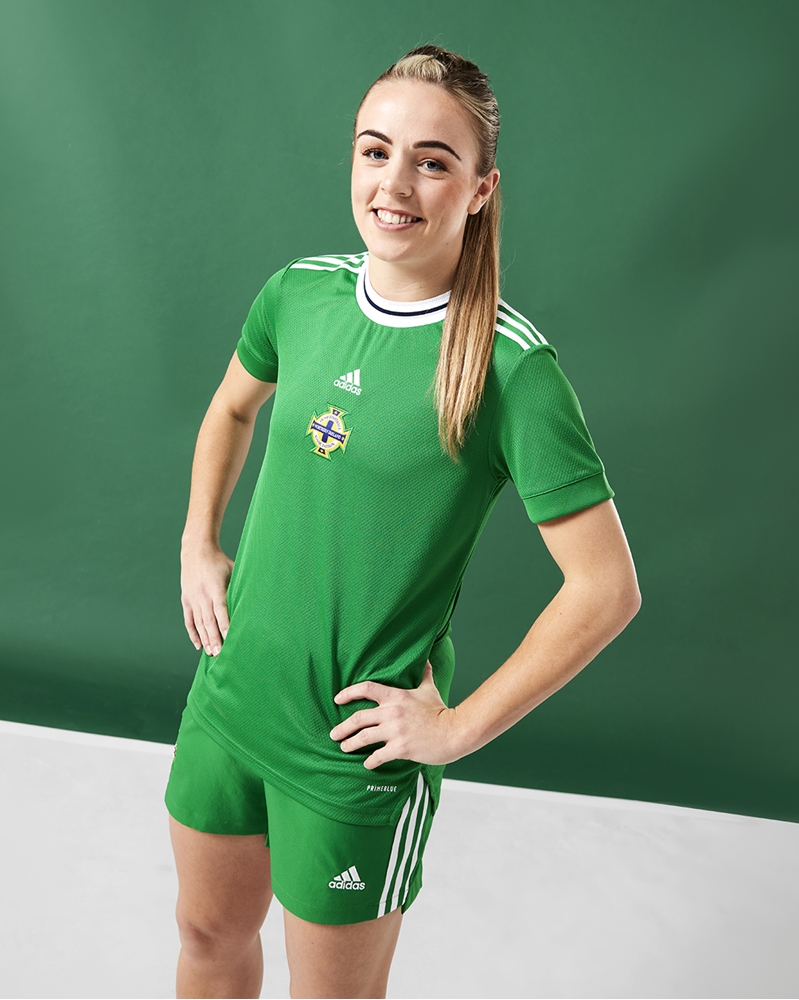 “We saw each kit as a canvas for creativity and an opportunity to capture and reimagine the DNA of each nation, connecting players and fans with a shared identity to feel a sense of belonging and confidence over the course of the tournament,” said Nick Craggs, General Manager of adidas Football.

“This is a huge moment for football and our aim was to create kits that helped the players be the best versions of themselves as they step into the spotlight.” 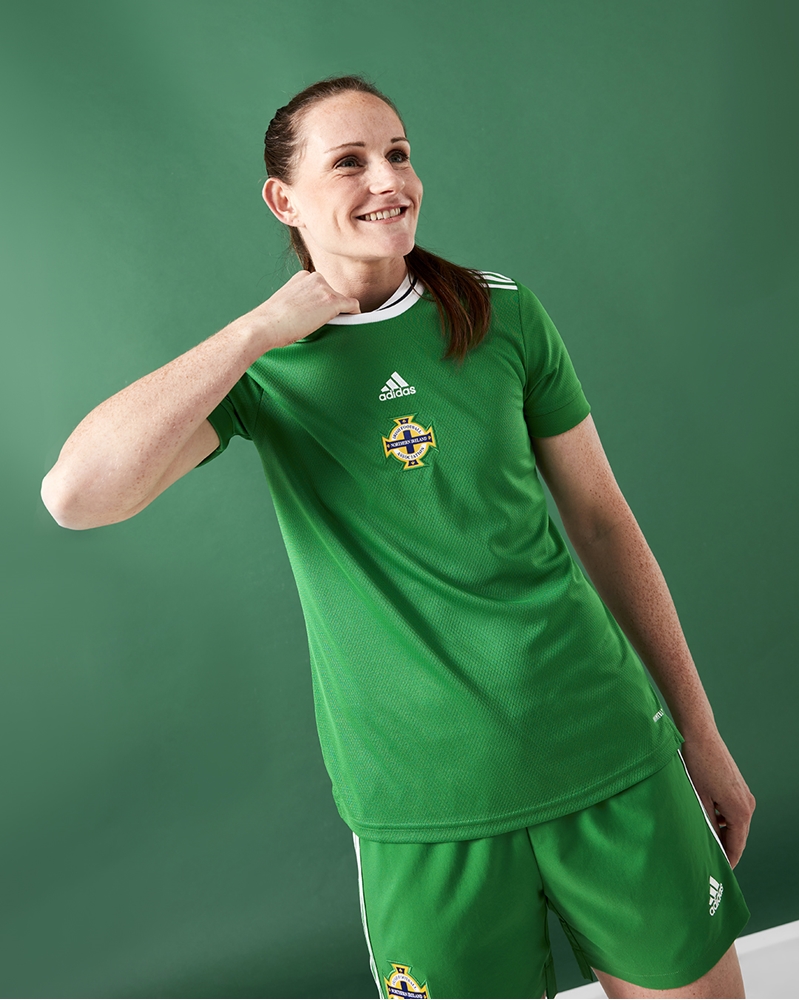 With under 100 days to go until the start of the Women’s Euros, more than 350,000 of the 700,000-plus tickets available for the tournament have been sold, setting the scene for a record-breaking event. Sales have already surpassed the previous tournament record of 240,000 set at UEFA Women’s Euro 2017 in the Netherlands.

After that it will be exclusively available online from JD and in-store from next Thursday (14 April). 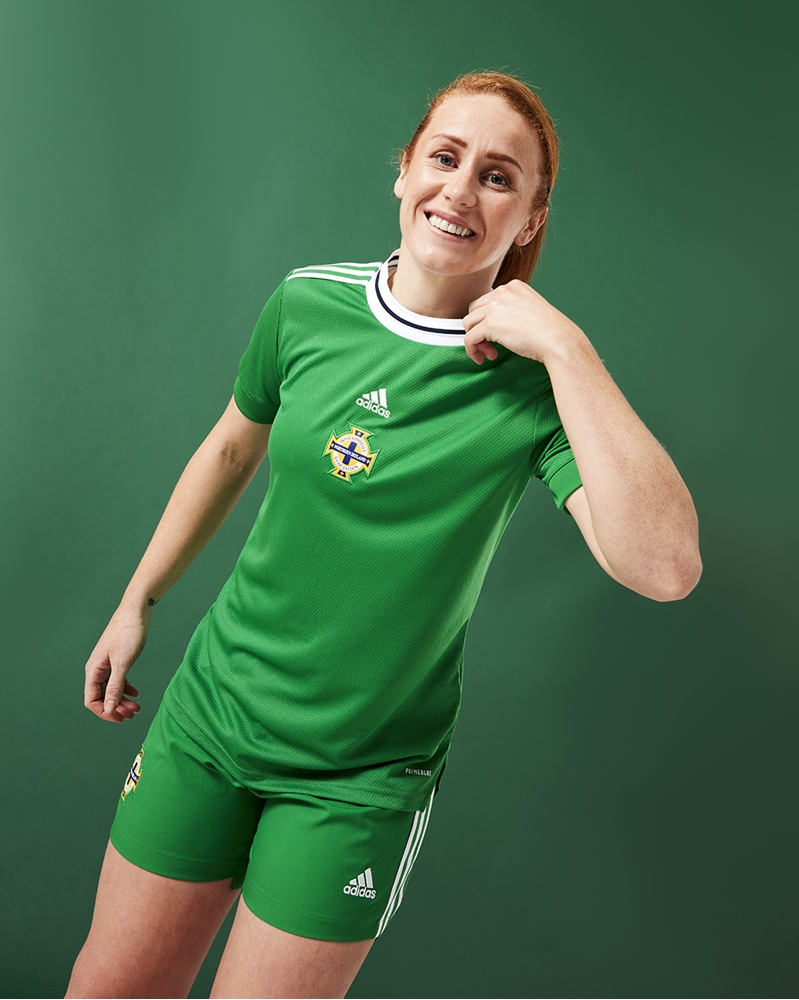 They may be rivals on the pitch but adidas' international teams have joined forces to work towards a bigger goal: to help end plastic waste.

The new kits have been created using recycled materials made with Parley Ocean Plastic and feature the latest in adidas’s fabric innovations. Its sweat-wicking Aeroready technology is designed to keep players and fans cool when the heat turns up.

Adidas has been proud partner to UEFA for several decades, working jointly on everything from the pinnacles of club football to youth competitions and grassroots initiatives which form the backbone and future of the game.