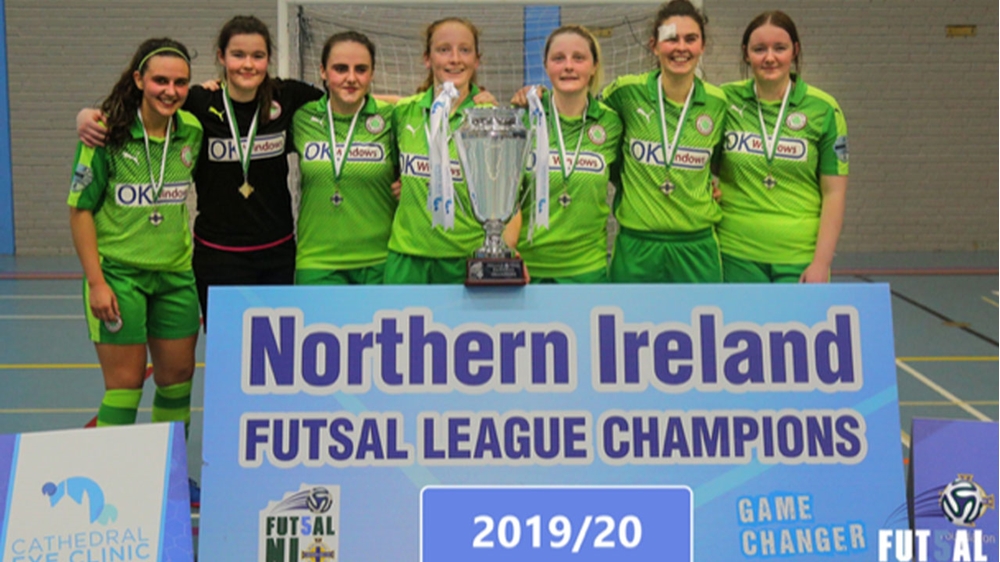 More than 30 sides will be competing in a handful of regional leagues staged across the country over the late autumn/winter period.

The Northern Ireland Futsal Federation women’s leagues, run by the Irish FA Foundation, are due to start later today (19 November) and will run through to February.

The leagues are sponsored by Belfast-based Cathedral Eye Clinic, the official eye health and laser surgery partner of the Irish Football Association – and its official futsal partner.

Irish FA Foundation Schools and Futsal Manager Gareth Allen said: “We are delighted to get the competition up and running this year. It is a fantastic opportunity for women and girls to get involved, learn and enjoy the game.

“I would like to thank Cathedral Eye Clinic for their continued support and wish all teams the best in their upcoming league campaigns.”

The game of the week will be at Belfast’s Shankill Leisure Centre tonight in the NIFL and Championship League where title holders Cliftonville come up against north Belfast rivals Crusaders Strikers.

Image: Reigning Women’s Premiership and Championship Futsal League champions Cliftonville Ladies will be looking to retain the trophy over the coming months.