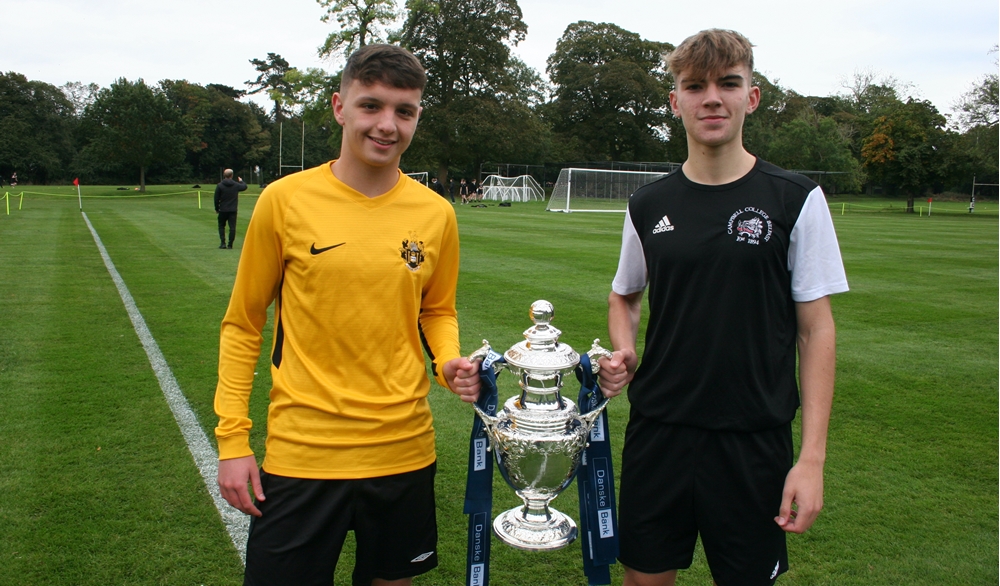 The tie of the round in the first set of matches in this season’s Danske Bank Schools’ Cup competition certainly lived up to its billing.

The all-Belfast clash between Campbell College and RBAI was a five-goal thriller which saw Campbell eventually come out on top on a 3-2 scoreline.

Campbell started brightly with lively striker Luke Devlin going close on 20 minutes with a left foot strike which drifted just outside the upright. A minute later the home team opened the scoring when Mack Stewart reacted quickly to force the ball in from close range.

Inst responded well to the setback and influential midfielder Nathan Williams was narrowly off target with a rasping 20-yard drive, while Conor Craig went even closer with a great strike which rattled the bar. 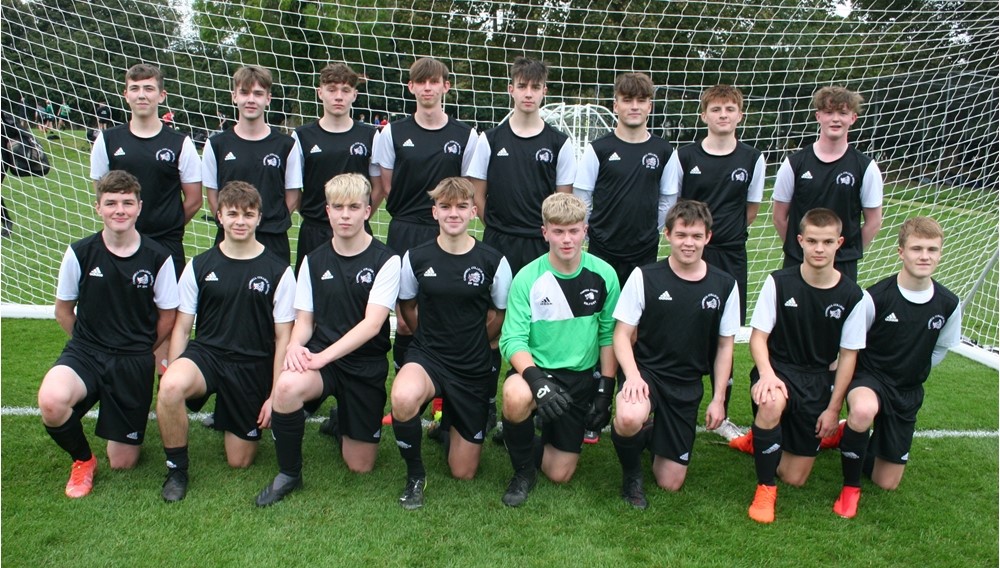 Two minutes after the restart Omar Zatari netted with a left foot shot to level the scores. The talented striker was on target again four minutes later as he cut in from the right and planted a low left foot shot just inside the post.

Spurred on by a vocal support, Campbell fought back strongly and levelled the scores after 55 minutes when Carson McCullough met an inswinging free-kick from captain Finn Moffett to head powerfully into the net.

Fifteen minutes later the pair repeated the double act as another McCullough header gave Campbell the lead for a second time.

In the closing stages Inst piled on the pressure but failed to break down a resolute home defence.

Campbell progressed to the second round and now face a journey to Ballyclare High, while RBAI will enter the subsidiary Plate competition in which they finished runners-up two years ago.

Second round matches in the Northern Ireland Schools’ FA-run competition are due to be played in the early part of this month (see fixtures below). 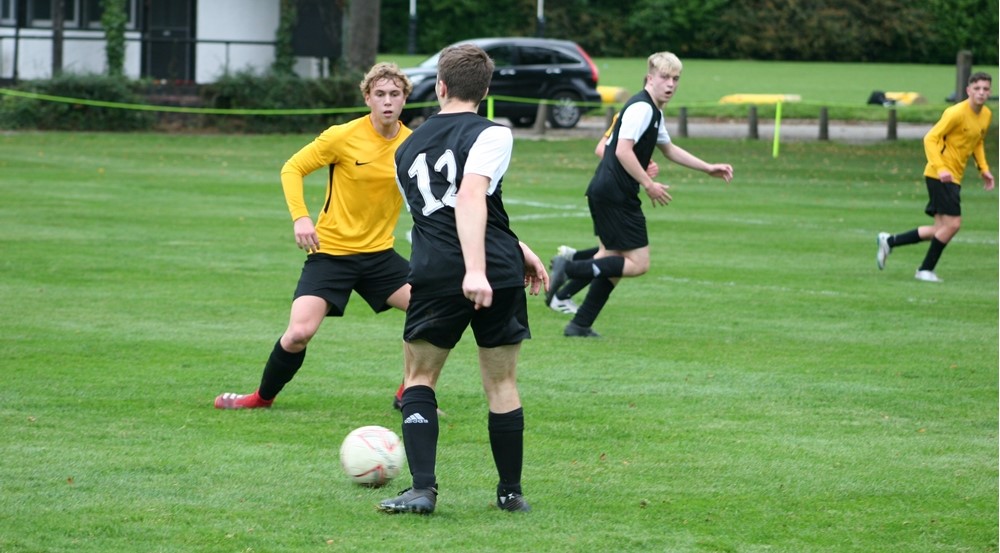 Image: Action from the Campbell v Inst first round clash.

All Saints College 0-4 Ashfield (both Belfast)