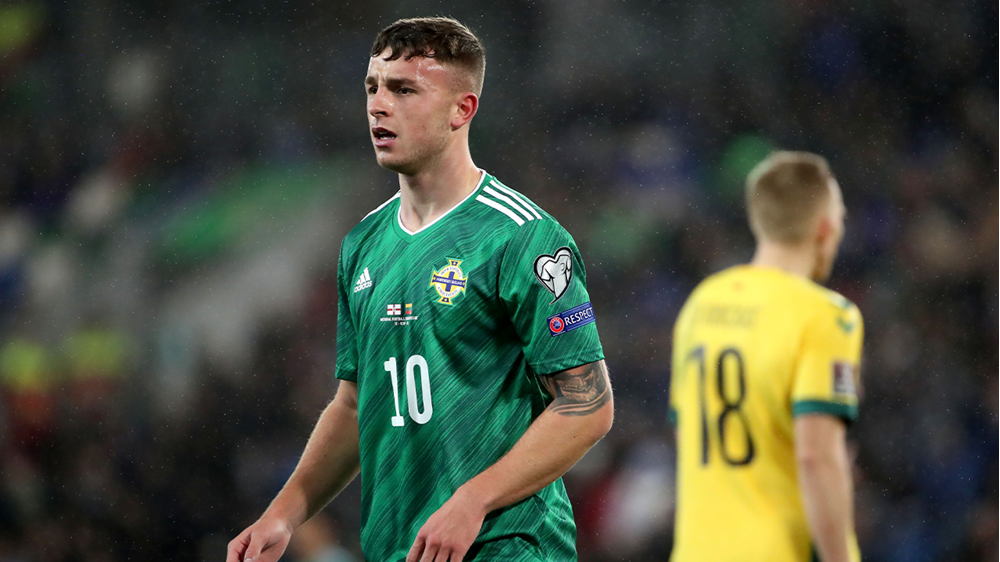 Northern Ireland registered a 1-0 win over Lithuania in a World Cup qualifier in Belfast tonight.

Ian Baraclough’s side produced some flowing football during the European Qualifying Group C encounter at the National Football Stadium at Windsor Park, however they did not capitalise on their chances.

The Northern Ireland boss promised his players would finish their FIFA World Cup Qatar 2022 qualification campaign on a high and the three points - secured thanks to an own goal - were a good start ahead of European champions Italy’s visit on Monday. The Italians drew 1-1 with Switzerland in Rome tonight and will be coming to Belfast looking for a win to top the group and secure automatic qualification to next year’s finals. 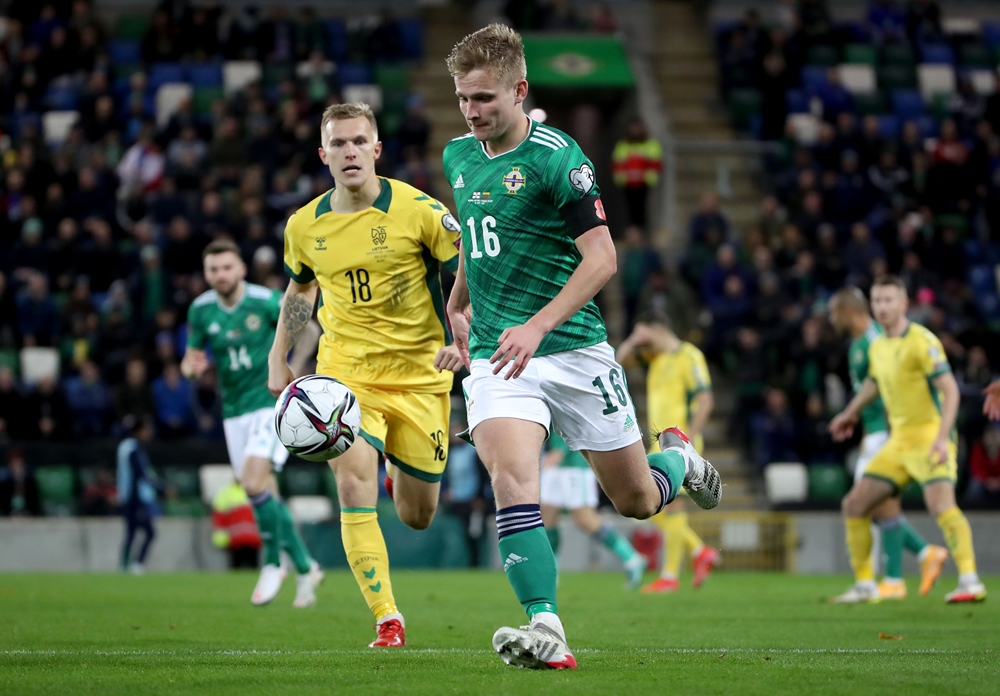 Lithuania ended their long wait to secure points in FIFA World Cup 2022 qualifying when they beat Bulgaria 3-1 in Vilnius last month, however they never looked like avenging the 4-1 loss to the boys in green and white in the Lithuanian capital in early September.

On 10 minutes Shane Ferguson swung in a lovely cross which was met by Magennis but he steered his header inches wide from close range.

A minute later some lovely interplay involving a handful of Northern Ireland players eventually saw the ball drop to Washington eight yards out. Setkus was equal to his snapshot.

Northern Ireland took the lead in the 17th minute through an own goal. Paddy McNair fired in a corner which was headed into his own net by Lithuania defender Benas Satkus.

Baraclough’s boys had the ball in the net again a minute later but the goal was ruled out. Ali McCann fired the ball into the bottom corner from just inside the area, however Magennis was adjudged to have been in an offside position when the ball was struck.

Bailey Peacock-Farrell was called into action for the first time on 28 minutes when Lithunia attacker Justas Lasickas broke through and fired in a low shot which the keeper kept out with his feet.

Three minutes later Setkus punched a Ferguson corner clear. The ball fell to Ali McCann who hit it first time, but his shot flew over the top as 14,336 spectators looked on.

In the 41st minute Northern Ireland had the ball in the net again, however the goal was ruled out once more. McNair whipped in a corner which Magennis headed home from close range, but the ref ruled the striker had fouled Ovidijus Verbickas in the build-up.

And just before the break Setkus got down well to push away a low Magennis drive before George Saville met a fine low cross from McNair and steered his effort past the upright.

Lithuania started the second half brightly, with Lasickas missing the target with an effort, while McCann just failed to get on the end of a Washington cross. And on 54 minutes a deflected Saville shot was pushed around the post by Setkus.

Magennis broke free down the left and his cross-cum-shot had to be palmed away under the bar by Setkus.

Lithuania attacker Arvydas Novikovas twisted and turned to fashion a chance inside the area. Peacock-Farrell plucked his shot out of the air.

Down the other end Washington drifted across the area before firing a shot straight into the keeper’s arms. 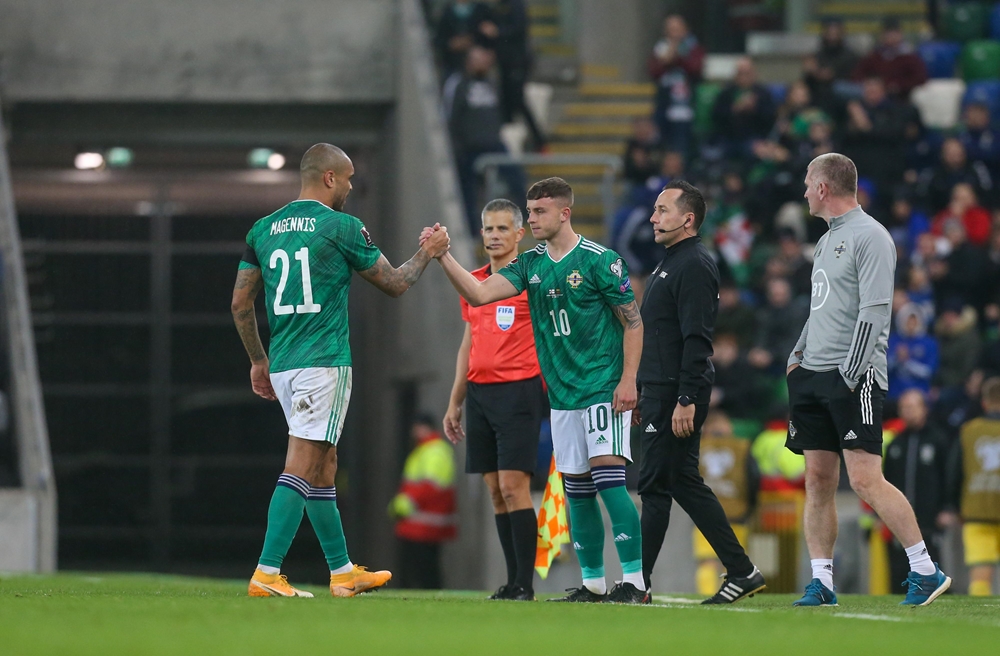 There was a huge roar for 17-year-old striker Dale Taylor when he came off the subs bench to make his senior debut on 78 minutes, replacing Magennis.

And he was quickly into the action, forcing a corner after a penetrating run. Minutes later he forced another corner from a shot on the turn.

Towards the end Lithuania pushed for an equaliser, however the Northern Ireland defence, expertly marshalled by Jonny Evans and Craig Cathcart, managed to keep them out.