Baraclough in bullish mood as he provides squad update 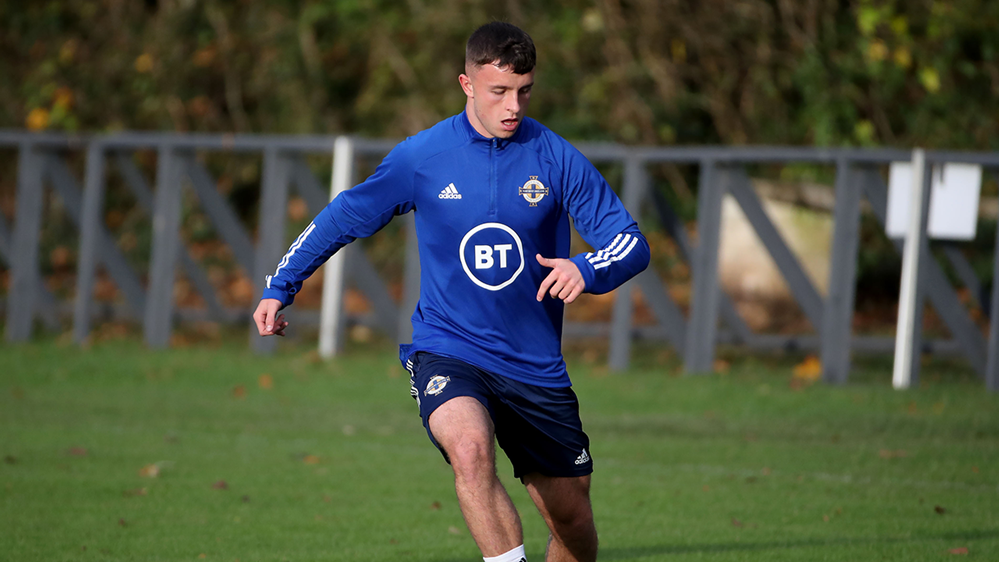 Northern Ireland senior men’s team manager Ian Baraclough insisted that both he and his players want to finish their latest qualification campaign on a high as he provided an update on his squad for the upcoming FIFA World Cup 2022 qualifiers.

He revealed Millwall defender Daniel Ballard is the only injury concern ahead of the matches against Lithuania on Friday (12 November) and Italy next Monday (15 November) at the National Football Stadium at Windsor Park.

“We haven’t called anyone in from the standby list. We are awaiting news on Dan Ballard relating to an ongoing knee issue so we look forward to an update from his club in due course,” said Baraclough, whose squad have been assembling at the team hotel over the past 24 hours.

Baraclough revealed the players and staff are in good spirits ahead of the final international window of the year.

He insisted: “We want to finish the campaign on a high. We have two home games with our own fans in the stadium so we want them to go home looking forward to the UEFA Nations League and Euro qualifiers which are coming up.

“We have had some ups and downs during this World Cup campaign and, looking at it, that was to be expected. But we have set ourselves high standards and we need to ensure we maintain those high standards and make sure we become a team that performs for 90 minutes, and not 70 or 75 minutes.”

He also said he will not be treating the Lithuanians - Northern Ireland defeated them 4-1 in Vilnius in September - lightly come Friday night.

“We know the Lithuanians are strong, resolute and really compact. They had a good result at home to Bulgaria and have a new coach who is starting to implement things that he wants to get across to them, and you can see that,” he pointed out.

“They will run for 90 minutes. They won’t make it easy for us and they have two or three players who can hurt you if you stand off them and give them time, so we have plenty to think about and plenty to prepare for.”

The Northern Ireland boss also had a special mention for the two newcomers to the squad, Dale Taylor (main image) and Luke Southwood (below), ahead of the European Qualifying Group C encounters.

He said: “Dale has come in from the U17s and U19s. He is at Nottingham Forest and has done very well at the club so far. He’s here for experience and to try and gain as much as he can from senior players, many of whom will be able to help him along in his journey. He’s a mature 17-year-old and it wouldn’t surprise me if he took to this like a duck to water.

“Similarly Luke came in to the Reading team this year and laid down a marker that he’s their number one goalkeeper. He has come into the camp with confidence and he wants to play, and he wants to be part of this Northern Ireland squad for the long term, and he brings really good competition for Bailey (Peacock-Farrell) and Conor Hazard. They are all in and around a similar age so things are really looking positive for Northern Ireland goalkeeping generally.” 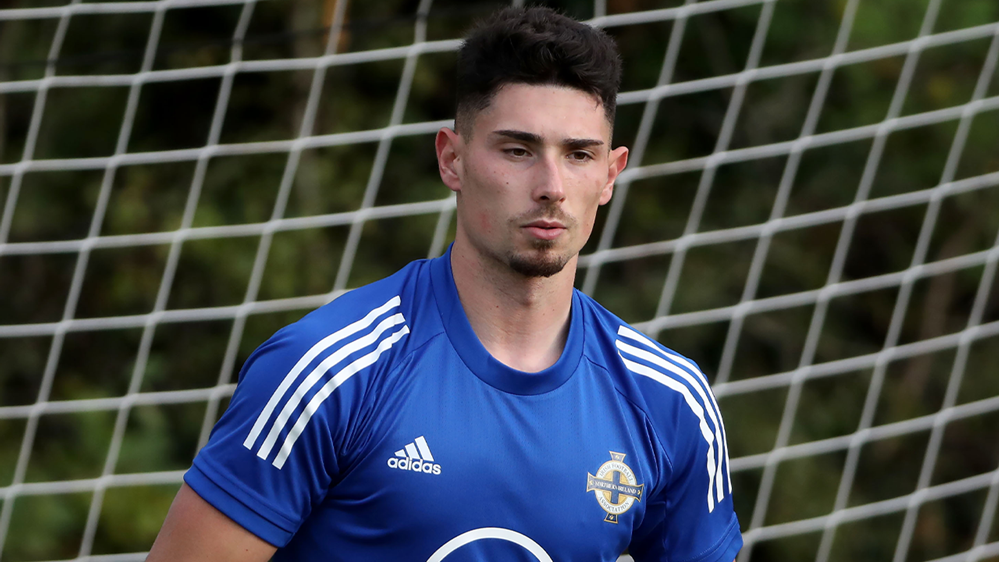 Baraclough also praised the Northern Ireland fans, who will be back in force on Friday night.

“I am really looking forward to another game at the National Football Stadium at Windsor Park. Hopefully we will get a good result and it kicks the weekend off well for our fans and gives them something to shout about,” he said.

“The onus is on us to give them a performance worthy of them getting behind us. I’m sure they’ll be there in good numbers, in good spirits and I hope we take a positive result and performance into the Italy game.”