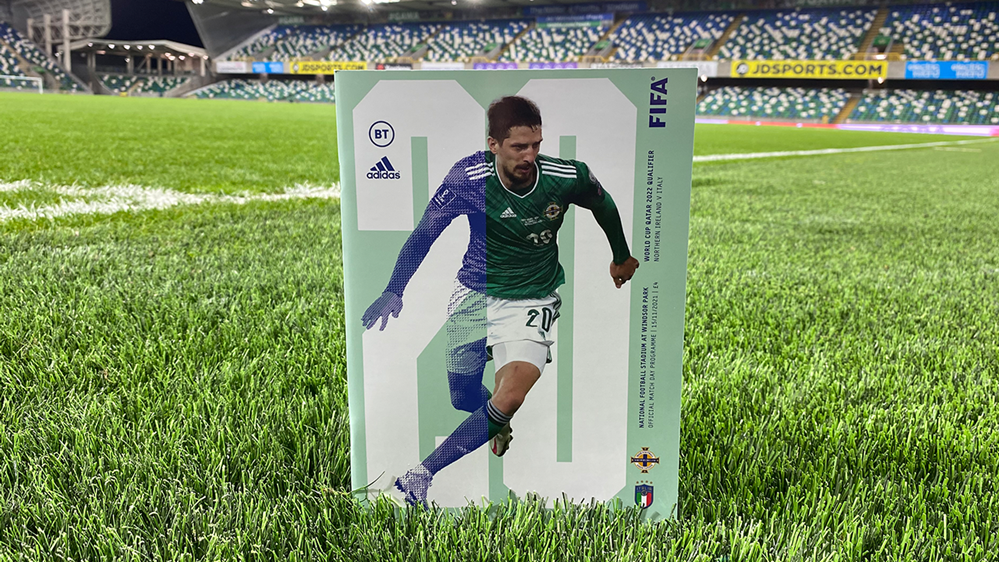 In the e-publication manager Ian Baraclough provides his thoughts as his side prepare to take on the Italians, currently ranked as the fourth best international team in the world, in European Qualifying Group C.

In the programme, Craig says: “Italy are one of the top nations so it’s going to be really tough, but Windsor Park has seen some massive results in the past and we want to try and take that big scalp.

“The top nations have found it difficult here in the past and these are the games you want to play in, against the best nations in front of our own supporters. We’re playing the European champions so it’s going to be a big occasion for the players and everyone at the game.”

There’s also a special feature in the programme on Middlesbrough defender/midfielder Paddy McNair marking his 50th cap for Northern Ireland, which he won against Switzerland last month. Paddy is a doubt for tonight’s match unfortunately after picking up a hamstring injury in the game against Lithuania on Friday night.

The digital programme further includes an in-depth look at the opposition plus much, much more. It is available by clicking here

The print version of the programme will be on sale at the game, priced at £4.