The Irish FA Foundation’s female-only coaching courses are proving to be extremely popular across Northern Ireland.

This year has seen the biggest uptake to date for courses where only women and girls take part. Five female-only National Coaching Certificate (formerly Level 1) courses have been staged so far – and that’s a new record.

In the early part of 2021 three courses were run under strict Covid protocols, which meant there had to be a blended approach to their delivery.

There were virtual settings for the theory elements of the courses, with practical sessions taking place a few months later, followed by further practical sessions in August held at the National Football Stadium at Windsor Park over a three-day period.

More recently NCC courses for women and girls were delivered at Crewe United’s ground in Glenavy, Co Antrim, in September (24 participants) and the Bawnacre Centre in Irvinestown, Co Fermanagh, in October (18 participants).

Irish FA Foundation Girls Participation Officer Clare Carson explained: “Given the growth of the women’s game in Northern Ireland we know that more people getting involved in a coaching capacity is vital for female clubs.

“In delivering five female-only National Coaching Certificate courses over the past 10 months, alongside our Education Officers and Regional Grassroots Development Officers, we have shown we are keen to provide opportunities for females to go in to coaching roles and to support the development of female clubs.”

Stephen Erskine, Irish FA Foundation Regional Grassroots Development Officer in the Fermanagh and Omagh District Council area, said: “It’s fantastic to see the uptake and interest in these courses, especially in our area.

“It was the first female-only course to be delivered in Fermanagh and Omagh and it attracted a lot of interest. It not only highlighted the ongoing development of female football within our area but also the need to provide courses for females.”

Clare pointed out the rollout of the courses supports the vision within the current Irish Football Association women’s football strategy of growing the game and maximising impact.

This year more than 90 new female coaches from over 40 clubs throughout Northern Ireland have been upskilled by completing female-only NCC courses, she added.

Gail Redmond, the Irish FA Foundation’s development manager for women’s football, is delighted with the uptake on the courses.

She said: “We have set high targets to grow the game in our country and I am pleased to say that we are on target not just to have 24 new female coaches per year but to double the amount of female NCC coaches by 2024.” 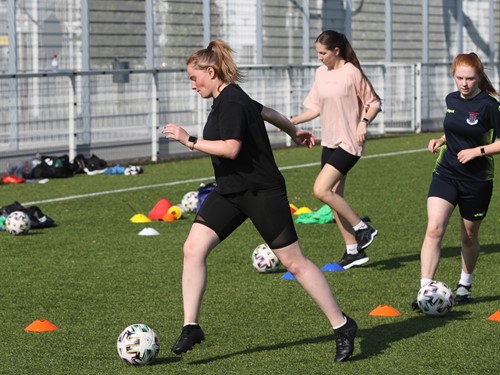 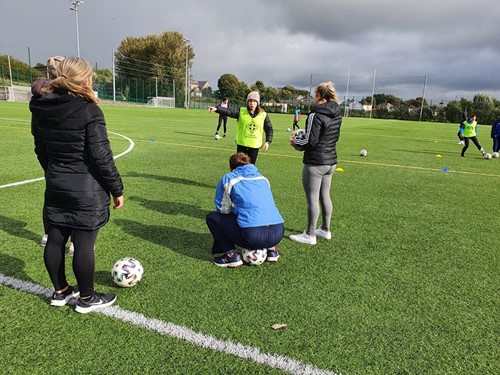 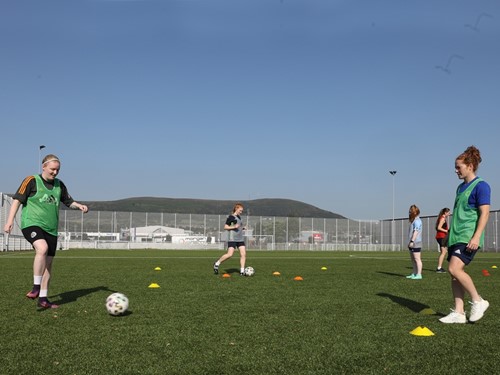 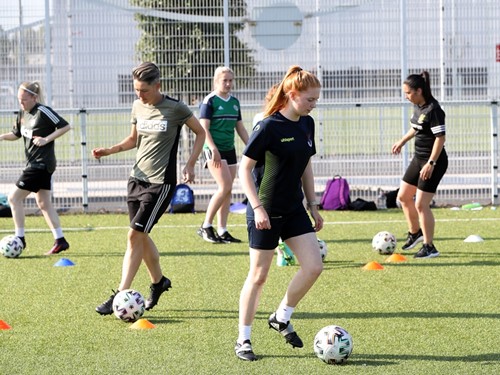 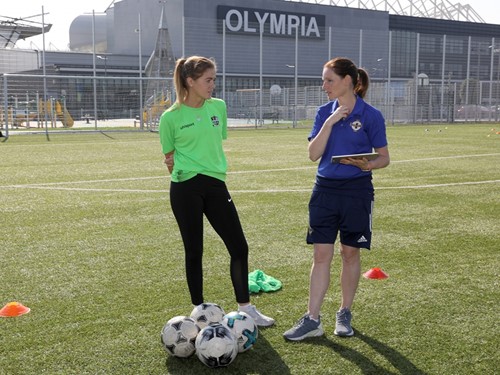 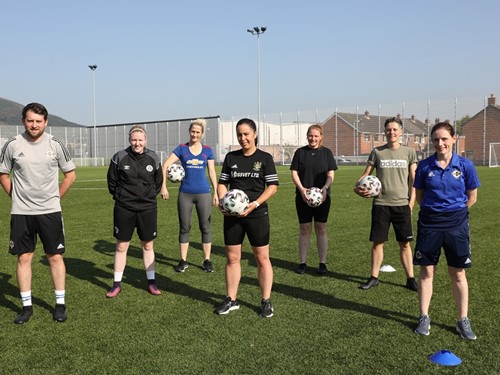