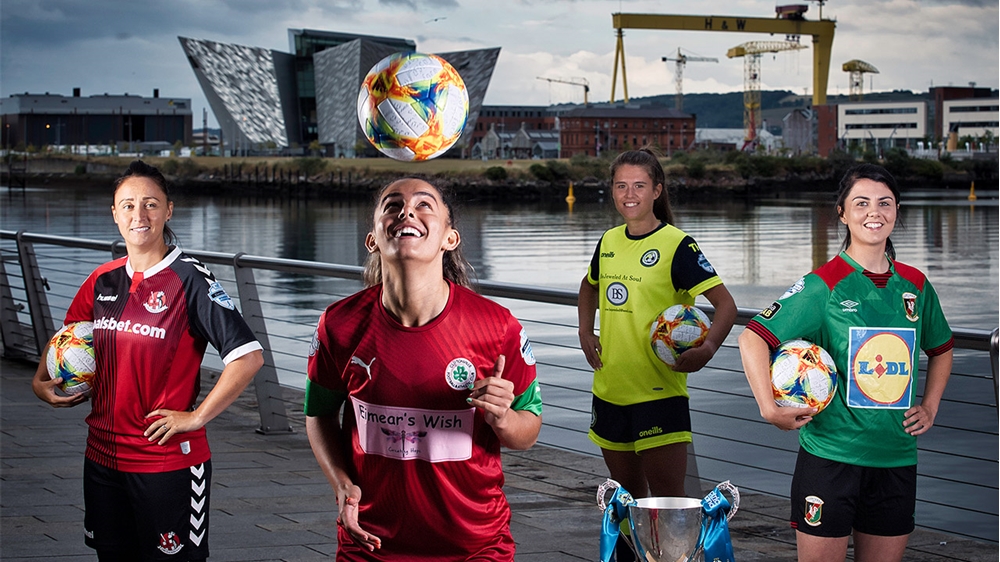 The venues have been confirmed for the semi-finals of this season’s Electric Ireland Women’s Challenge Cup.

And Sion Swifts Ladies and Crusaders Strikers will meet at Mill Meadow in Castledawson on the same date (7.30pm start).

The Glens v Reds clash is the heavyweight tie of the last four. Glentoran are currently top of the NIFL Danske Bank Women’s Premiership but Cliftonville Ladies are just four points behind them with two games in hand.

The Glens arguably put down a marker last week by defeating the Reds 4-0 at Solitude, however the cup is always a different proposition.

The other semi-final, which is also an all-Premiership clash, should be an intriguing battle as well between two evenly matched sides. The Crues are currently third in the league, while Sion are fourth in the standings.