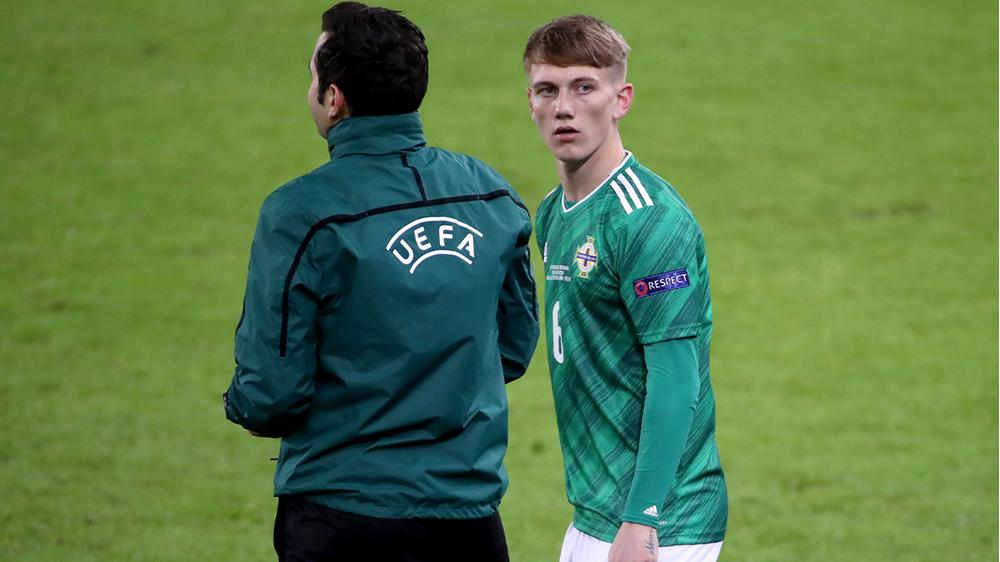 The 20-year-old, whose senior appearance for United came in the Europa League against Astana in November 2019, will be looking to further his development with regular first-team football at the Keepmoat Stadium this season.

Commenting on the move on the Rovers website, manager Richie Wellens said: “I’m delighted, we’ve secured a top footballer. He’s played in the under 23s for a couple of years and needs the opportunity to play first-team football.

“I think in terms of ability he has every chance of being a top player, I’m looking forward to seeing how he adapts to the physicality of this level.

“The opportunity came to get him in and when a player like Ethan becomes available we couldn’t miss out.”

I’m a player that likes to get on the ball and dictate play, and if I can get high up the pitch then I can add goals as well

Galbraith made his full senior debut for Northern Ireland in a 1-0 friendly win over Luxembourg in September 2019, and doubled his tally of caps when he came on as a substitute in the Nations League encounter at home to Romania last November.

Galbraith, who is contracted to United until the summer of 2023, has been handed the number 22 shirt for the season and he could be included in the squad to face Sheffield Wednesday at Hillsborough this weekend.

He said: “I’m delighted to be here and finally have the deal over the line, I can’t wait to get started and show what I can do.

“My agent informed me that Doncaster were interested, I played with Richie’s son at United so this was the place I wanted to come.

“I’ve been playing in the U23s at United for the past two seasons, so I feel I’m past that stage now and ready for the challenge of men’s football.”

He added: “It will be a lot tougher than what I’m used to and people want to get about you, but I’m ready for it.

“I’m a player that likes to get on the ball and dictate play, and if I can get high up the pitch then I can add goals as well.”