Holders Glentoran Women will meet Crusaders Strikers in the final of the Electric Ireland Women's Challenge Cup at the National Football Stadium at Windsor Park on October 15th.

The Glens came from behind to defeat Cliftonville Ladies in Bangor while the Crues got the better of Sion Swifts Ladies at Mill Meadow in Castledawson.

Glentoran, holders since 2018, continued their defence of the trophy despite falling behind to a Kirsty McGuinness strike around the half-hour mark at Clandeboye Park. However, Emma McMaster levelled just before the break with her first goal of the season.

The Reds might have regained the lead early in the second half from the spot but McGuinness' penalty was well saved by Glentoran keeper Ashleigh McKinnon who dived to her left to keep the scores even.

And it proved to be a pivotal moment in the game when, with less than 20 minutes remaining, Lauren Wade knocked home what proved to be Glentoran's winner.

Speaking to irishfa.com after the match, Wade said: “It was a hard-fought game. We knew the first half wasn’t up to Glentoran standards but it was positive to get that goal just before half-time. We came out sharp in the second half and we got the second goal which was kind of a sigh of relief at that point. We pushed on and grinded it out to the end.

"Credit to Cliftonville. We know that when we come up against them it’s always going to be a tough game. And as I said before, every game is competitive and that’s only good for the women’s game here.

“This is going to be my first Irish Cup final so it’s one that I’m really looking forward to.”

At Mill Meadow a goal early in each half ultimately handed Crusaders victory over the Swifts.

Lisa Armour opened the scoring on three minutes with a header from a corner, but Erin McLaughlin levelled for Sion just before the break.

But the winner for the Strikers arrived on 49 minutes in spectacular fashion from Jessica Rea who sent a screamer into the top corner from outside the box.

Giving her reaction to the win, Crues captain Julie Nelson said: “We’re delighted to be through to the final. We know it will be a very difficult challenge against Glentoran but we play them next in the league so it will be good preparation for the final.

“I thought it was a tough game and both sides battled really well. Jess Rea scored a peach of a goal to win it, thankfully for us. Fair play to Sion – they took it to us and we were hanging on in the last few minutes.

“It’s a Cup final. You never know what can happen. Obviously Glentoran go into it as the favourites but we’ll relish the challenge.” 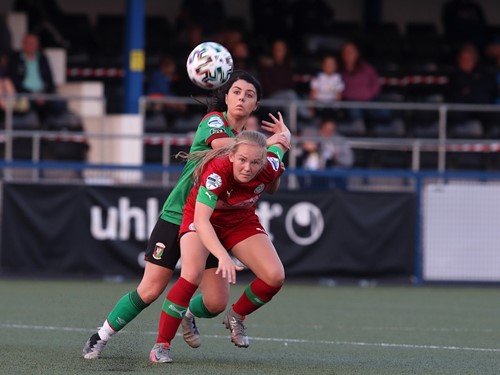 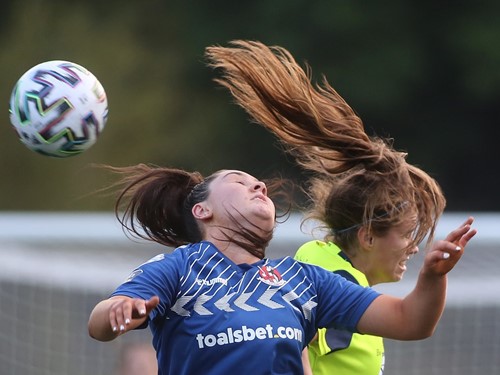 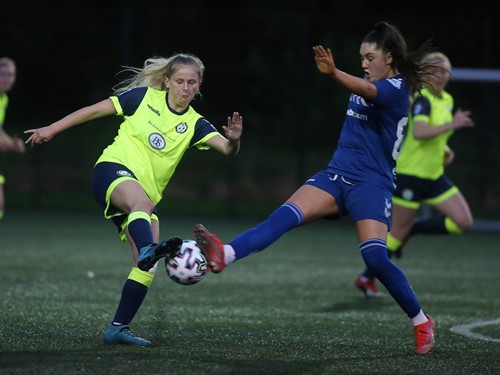 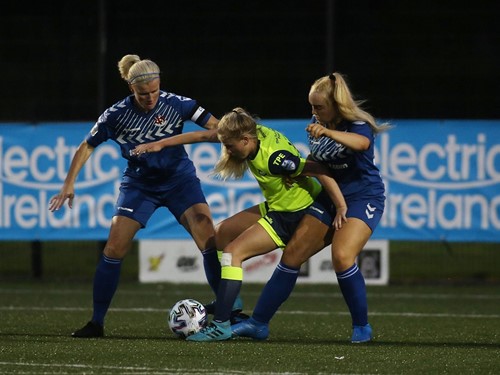 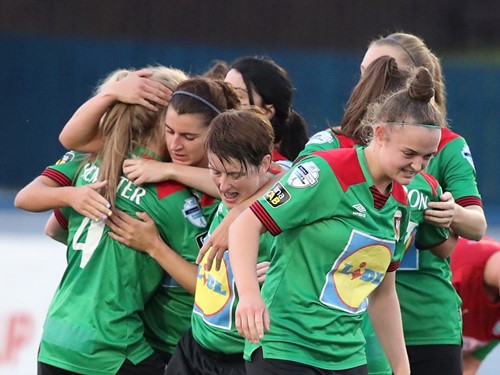 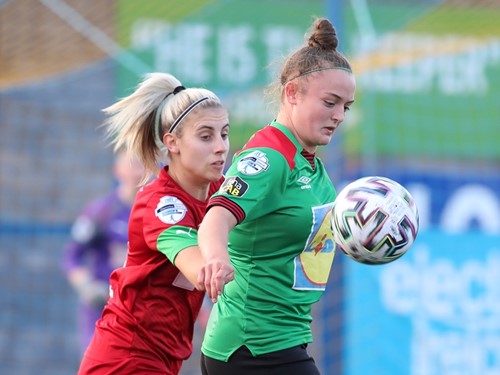