Schofield, who was appointed on 1 August, has named a 22-strong panel for next month’s UEFA U21 Euro qualifiers against Malta (3 Sep, away) and Slovakia (7 Sep, home).

Four of the players included were part of the senior men’s international squad for the summer matches against Malta and Ukraine.

Manchester United’s Galbraith has recently secured a loan move to EFL League One outfit Doncaster Rovers, while Leeds United youngster McCalmont is currently plying his trade in the same division at Morecambe under former Northern Ireland player and coach Stephen Robinson as part of a season-long loan.

Crystal Palace goalkeeper Ollie Webber is also back in U21s contention having missed out on the back-to-back friendlies against Scotland in June.

There are two new faces up front in the form of Portadown FC teenager Harry Anderson and Fleetwood Town’s Paddy Lane – both of whom joined their respective clubs in the summer.

It’s Anderson’s second stint at Shamrock Park having returned from a spell at Portsmouth, while Lane was brought to Highbury Stadium after impressing with Northern Premier League outfit Hyde United.

Schofield said: "This is my first full camp in the role and suffice to say I can’t wait to get started. I’ll be linking back up with players I’ve worked with previously as well as getting to know some new faces and members of staff who’ll be joining up for the first time.

"I am m looking forward to generating a close knit, family-like environment for everyone involved both on and off the field." 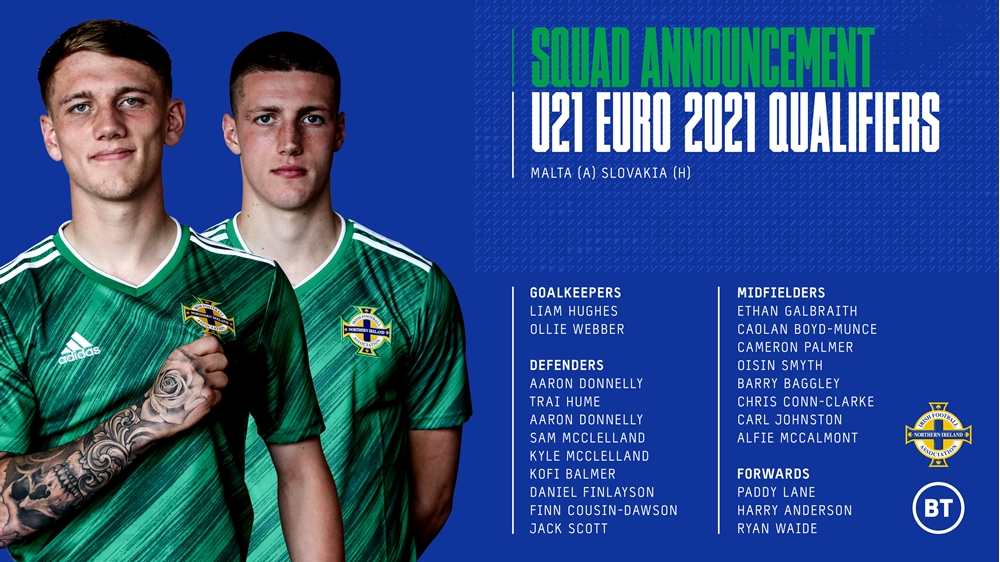