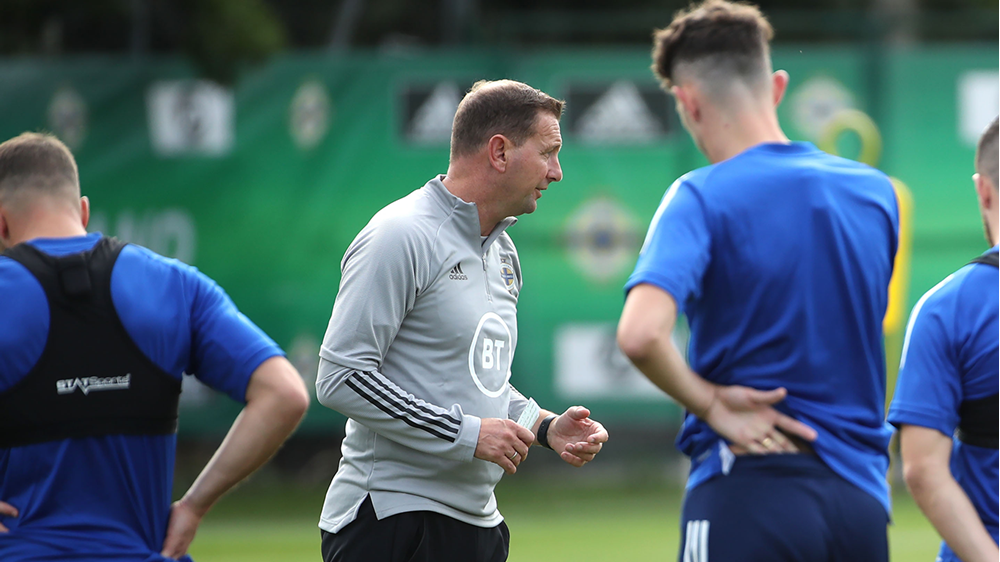 Northern Ireland senior men’s boss Ian Baraclough has provided an update on his squad for the upcoming September internationals.

His side are back in FIFA World Cup 2022 qualifying action on Thursday (2 September) when they travel to Lithuania, followed by a home clash against Switzerland six days later (8 September). In between the two Group C games they take on Estonia in an international challenge match in Tallinn (5 September).

Striker Josh Magennis has withdrawn from the squad due to injury. Experienced frontman Kyle Lafferty has been brought in as his replacement.

“I said last week that the door was open for Kyle and circumstances mean that he’s back in the reckoning,” said Baraclough.

Joining Lafferty in the panel is Morecambe loanee Alfie McCalmont who steps up from the Under 21s.

Motherwell’s Liam Donnelly and Sunderland defender Tom Flanagan have also been drafted in.

Midfielder Corry Evans is a doubt due to a hamstring strain and Baraclough confirmed others will be monitored before the trip to Vilnius.

“A number of key players have taken a knock during the weekend games so we’re keeping a watching brief. The next 24 hours will be important,” he added.

Meanwhile new coach Adam Sadler won’t be joining the squad for this window due to a family bereavement over the weekend.