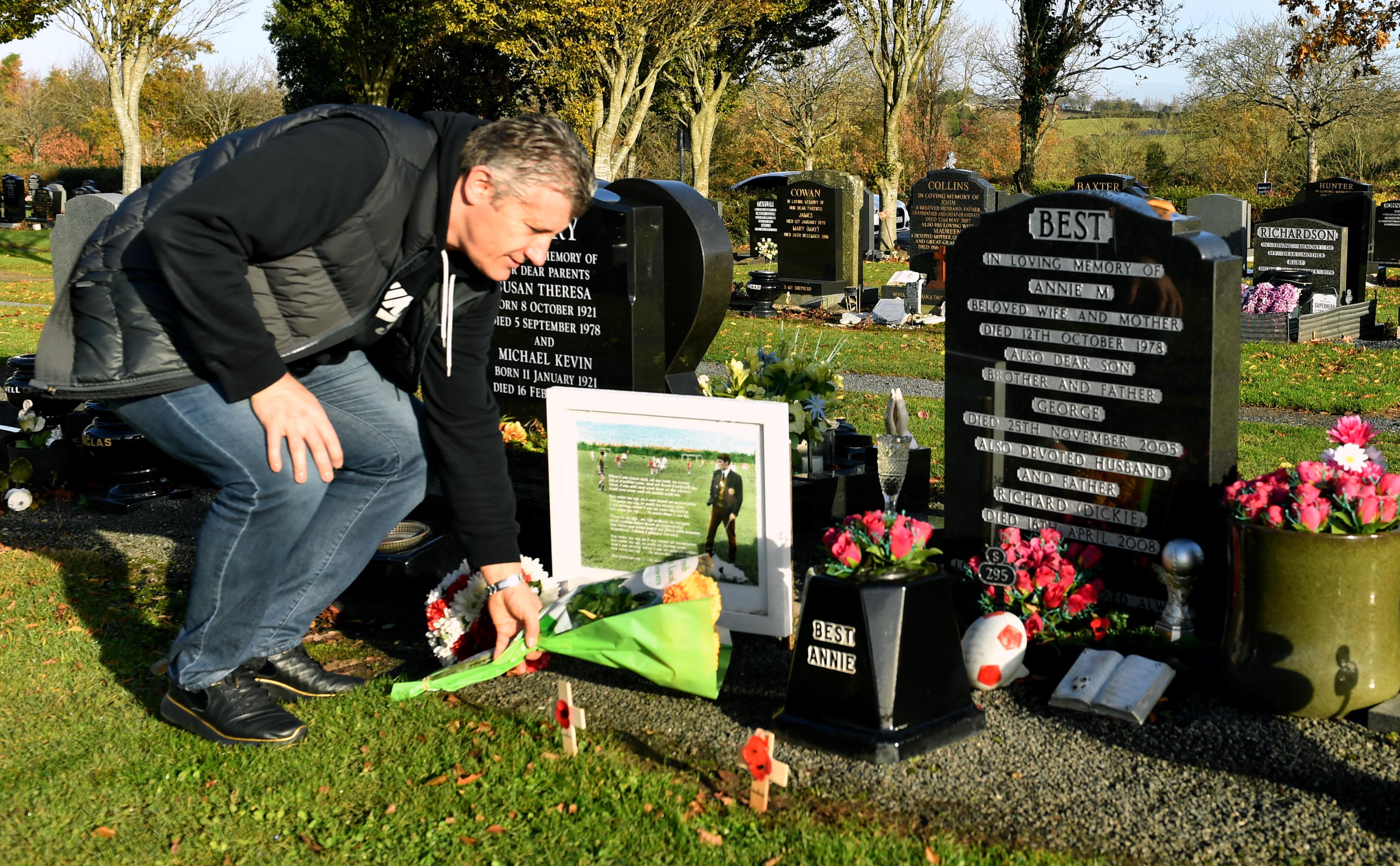 Suker, who as a player scored 45 goals for his country in 69 appearances, said he felt compelled to honour “the footballing icon of Northern Ireland” by visiting his grave and laying flowers.

The CFF president made the trip to Roselawn Cemetery just hours before Croatia take on Northern Ireland in an international challenge match at the National Football Stadium at Windsor Park (7.45pm kick-off). It will be the first meeting between the two countries at senior international level.

Suker, who starred for Real Madrid, Arsenal and Sevilla during a glittering playing career, was joined at the graveside by a small delegation from the Croatian Football Federation.

And he acknowledged numerous polls and award selections had included Bestie, who won 37 caps and scored nine times for his country, in the all-time greats.

Suker was a European Cup winner just like George Best, who won the trophy during his 10 years-plus with Manchester United. Suker lifted the cup with Real Madrid.