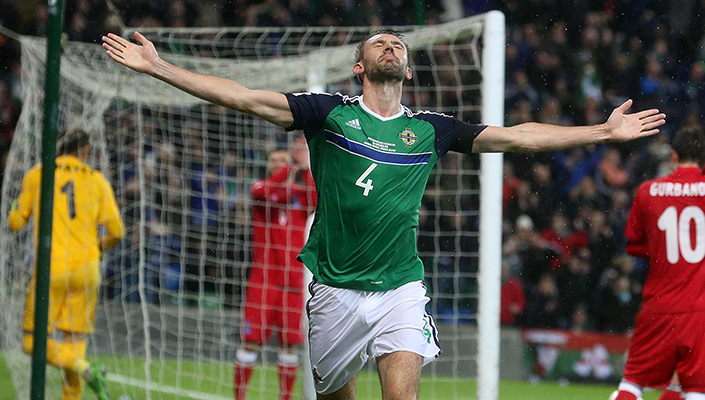 Defender Gareth McAuley wants the Northern Ireland tale to continue after a 4-0 win against Azerbaijan put them in second place in their FIFA World Cup qualifying group.

McAuley netted his ninth international goal, the same number as George Best, to make it 2-0 before half time.

Reflecting on his goal, he said: "It's nice to get goals, especially when they count towards points thats the main thing and for the team.

"As long as we are getting points, riding the crest of the wave and giving ourselves the chance of doing something on his incredible journey."

Looking back on the win, McAuley was pleased that it was mission accomplished on how they wanted to end 2016: "It was a good night.

"Pleasing to get another goal but more importantly we won the game. Scored a few goals, crowd were fantastic and we go second with was the objective when we met up."