Dallas and Ward out of Northern Ireland squad 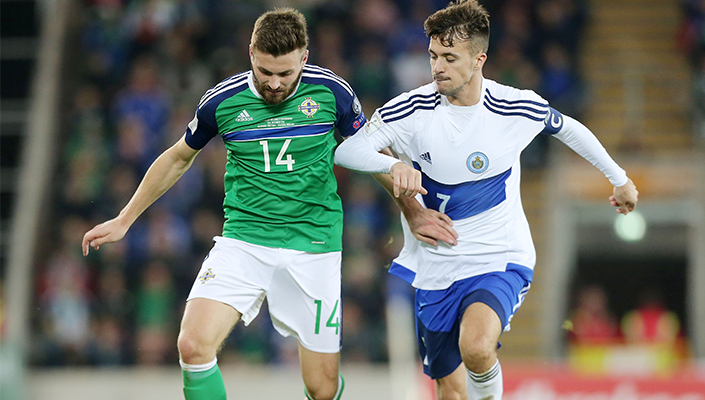 Jamie Ward and Stuart Dallas have left the Northern Ireland squad due to injury with no replacements announced.

Leeds United midfielder Stuart Dallas has returned to his club with a calf injury and hasn't featured for club or country since the 4-0 win against San Marino last month at the National Football Stadium at Windsor Park.

Jamie Ward is out after suffering a wrist injury whilst playing for Burton Albion against Barnsley and joins Dallas in missing the FIFA World Cup qualifier against Azerbaijan on November 11 and the Vauxhall International Challenge Match against Croatia on November 15.

The current squad for the upcoming fixtures is as follows: